Why did India revoke Article 370? 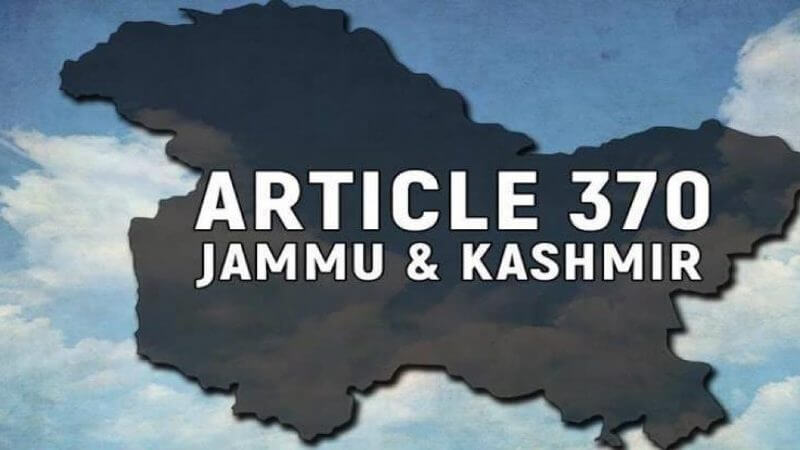 On August 5, 2019, Indian Union Home Minister Amit Shah fired a bomb shell by announcing that the Government of India revoked Article 370 of the Indian Constitution. Indian Government took away the special status of the state of Jammu and Kashmir (J&K) by modifying Article 370. Also, Rajya Sabha passed the Jammu and Kashmir Reorganization Bill – aimed at bifurcation of the state into two union territories. Everyone was stunned by the Government’s action over Article 370 of the Indian Constitution. The question arises why India did this?

It is a consequence of Bharatia Janata Party’s (BJP’s) failure in their attempts to silence the surge in the freedom struggle of Kashmiri people with the heavy armed presence, evidently from the Pulwama Attack conducted by a Kashmiri young boy. The move turned to suppress the demands of people of J&K and to overcome the failure. Also, the BJP government carried out its long-standing pledge, which it reiterated in its campaign of April-May 2019 General Elections. It was because of this promise that Modi Government dealt the opposition, which can be seen from the simple majority it got this time as compared to its previous coalition government. Hence the Government unambiguously lived up to the demand of its people.

The BJP government wants a strong united India according to its “racist ideology.” Ergo, the government does not want to give concessions under Article 370. BJP’s extremist ideology was explained by the US Commission for International Religious Freedom’s (USCIRF) report which highlighted that the members of BJP have affiliations with the extremist groups. Report also says that they instigate violence in the Indian administered Kashmir. Revocation of the major parts of Article 370 is just another step towards their extremist ideology.

The Indian government took the first step by deploying almost ten thousand additional troops in Kashmir which was already heavily militarized in the region. Governments always feared unrest in the valley as it is the India’s only Muslim majority state so backlash was very expected. It also asked the pilgrims to leave the disputed region. Moreover, it was to prove that J&K is off any agenda of dialogue between India and Pakistan as J&K is India’s integral part. However, the decision is expected to be challenged in the Supreme Court of India.

Over this sensitive situation, Pakistan called a joint session, consisting of members of National Assembly, the president of Pakistan and chief ministers. Prime Minister of Pakistan said that the BJP government has “a racist ideology” for Kashmir. Pakistan also decided to expel the Indian High Commissioner and suspend the diplomatic ties with India. As a way forward, Pakistan should counter the illegal Indian action they cannot be allowed to become a new Indian Kashmir.