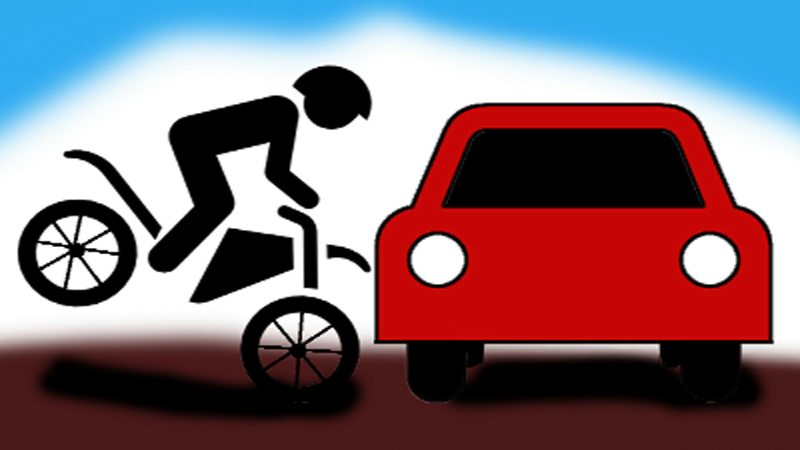 Ashraf was a 40 year old man with a family of four children to feed. He used to sell electronic instruments and other household material in streets of Bhakkar on his motorcycle. He was the only source of bread and butter for the survival of his family, so his children, not more than 8 years old, used to wait up every evening for him to bring food so that they eat. The city was 10 kms away from his village so he used to leave for work early in the morning. His wife used to ask him every day to wear a helmet for protection against the ramshackle roads of the city but he always ignored her. His bike always overweighed due to heavy machinery and items. Two days before Eid-ul-Fitr he left his house in a hurry he wouldn’t have guessed that he will never be coming back home again. While riding his bike he unfortunately lost control of it and fell on the road where he was brutally hit by a speedy car where he passed away instantly because his head hit something. Eye witnessed were caught discussing that helmet could have decreased the damage and might have saved his life.

This is not only a story of Ashraf or any individual but it is the sad vista of whole south Punjab where most of the people scruple in wearing helmets and do not follow the traffic rules as there is no law and order, and no one is penalized. In some under developed the traffic police is even more ignorant as most of the people there do not even have a license. They just know the formalities of driving and are the prime cause of accidents on roads. The conditions have only worsened following the last couple of years. Over speeding and roads full of pot holes are causing major life damages in these areas.

Earlier in November 2018, Government made the use of helmet compulsory in Lahore and Islamabad/Rawalpindi region where traffic load is higher than other cities of Punjab specifically South Punjab. There is no separate system of influx for heavy vehicles and light vehicles in these cities. Rickshaws are straggling on every road at a very high speed and there is no law to stop them.

Rickshaw and motorcycle accidents are now very common which are leading to serious injuries and deaths. Only in District Rahim Yar khan, an aggregate of 300 motorcycle accidents are recorded every day. According to the report, motorbikes are causing 80% road accidents and death ratio is more in cases where helmet was not used. These are the statistics of one district only. The conditions are even worse in other under developed cities.

There is a dire need of implementation of strict traffic rules for example wearing of helmet. There should be a proper traffic management system atleast in populated areas of these cities so as to overcome the ratio of per day accidents. These days only licensed drivers are allowed to drive vehicles and ride motorcycles. Those violating the rules must be penalized heavily. If a person is not wearing helmet while riding a motorcycle, then he has to pay Rs.1000 as fine in Lahore. If vehicle is overloaded, then he has to pay a penalty of Rs.300. There is also a penalty of negligent and reckless driving in over-populated and developed cities of Pakistan. These rules can play a significant role in raising awareness in under-developed cities. Special training institutes need to be opened where driving and riding courses are initiated to aware people about their own safety and others too.