‘Full Out’ makes you dream once again 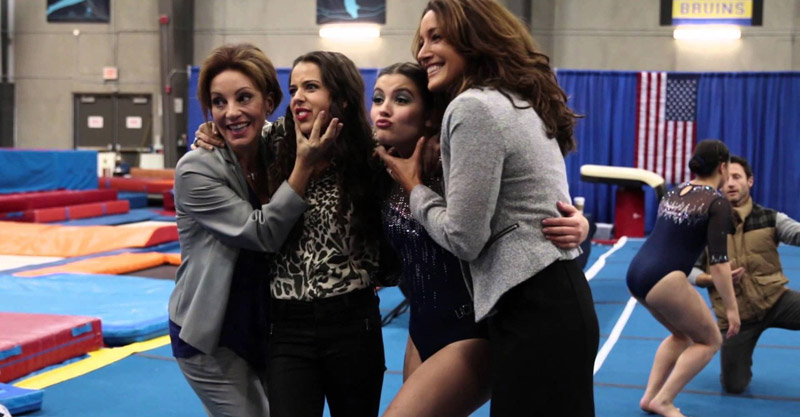 Did the title remind you of something? If no, you’re missing out an amazing movie that depicts an enchanting tale of motivation, consistency and hard-work. Full Out is got released back in 2015 and stars beautiful Ana Golja, who played lead role in the show. The story is based on true-life events of a California gymnast Ariana Berlin.

The story opens with huge lights flashing on blue gym mats, at a very major point in Ariana’s life. She was auditioning for UCLA gymnastics team with her best friend Isla. Ariana’s confidence was dripping down her glowing cheeks like a sweat of hard-work. When Isla came back after giving her best and complained that she failed to perform her best, Ariana said these remarkable words:

After a mutilating accident, everything changes in her life. The world that always kept her in the spotlight looked down upon her as an impaired. When she woke up from the comma, she finds her world falling apart. Her best friend Isla and her boyfriend Nate were seeing each other, she couldn’t participate in Olympics anymore and also Isla secured a selection in UCLA gymnastic championship despite the fact that she lost to Ariana.

When everything in life always goes smooth and according to your plans, even a tiniest deviation can create a huge difference. Ariana felt helpless and decided to give up on her dreams and friends when she was told either she can use her bars as the wings and fly, or else get anchored to them forever.

Michelle, who was Ariana’s physician, played an important part in her mental development. Ariana was so lost into the trauma, when one day Michelle introduces her to “The Palace” where the world was completely different as Ariana ever perceived it to be. From straight gymnastics to free-style Hip-Hop dance, Ariana’s devoured feelings started to bloom once again. Michelle gave a ray of hope and sunshine to her by telling her she can do it:

“Look, sometimes when the front door gets slammed in your face, you have to go through the back door. What if there is no back door? Then go through a window. There’s always a way in.”

Ariana’s meeting with Catie, a woman who had lost her legs for the rest of her life, dragged Ariana out of the pit of hopelessness she was rolling down into.

She saw how optimistic Catie was. Knowing that she can never walk again, helped others get on their feet. Like an angel, she was a fairy god-mother who helped others in achieving their dreams which she herself cannot. It would have been hard for her to see people coming on the wheel chairs and departing on their feet while she was bound with the wheel chair for the rest of her life. However, she was always smiling and telling others that her legs will take fifty or seventy years to get fully recovered. 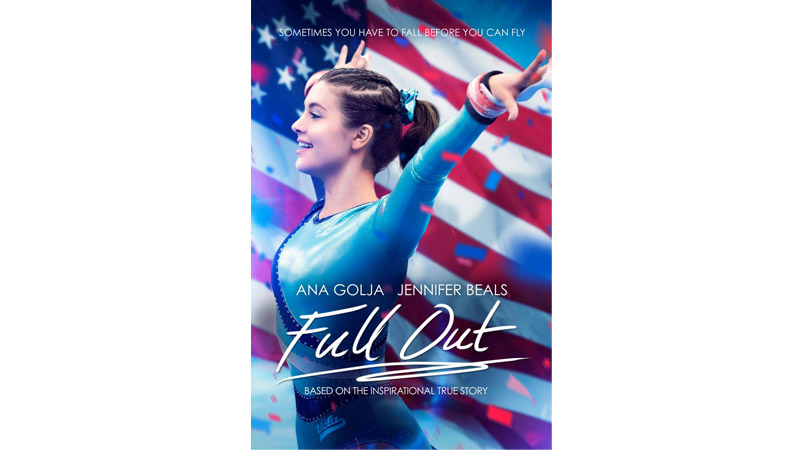 Ariana got an artificial steel rod in her leg, but it never bothered her. She tried hard, practiced like there is no tomorrow and made it to the UCLA gymnastic team. Her coach Miss Val believed in her when she herself doubted her decision of the gymnastic comeback. Before making the final Full-Out leap, she got flashbacks of whatever people talked about her when she was impaired, how people lost confidence in her and how she fell apart. Proving everybody wrong, she heard the voice of her heart and made her dream come true. Her hard-work, commitment and dedication earned her the Medal of Honour in NCAA Championship which was her lifelong dream. She made a remarkable speech at the end of the show:

“I realise this is kind of unorthodox, but nothing about the past few years of my life has been orthodox, so here it goes. Several years ago, I was told by my doctors that I was likely to never do gymnastics again. But I didn’t believe them. I had a bunch of people who stood behind me and encouraged me every step of the way. We all have our ups and downs, but it’s how you deal with them that defines who you are. You must do the thing that you think you cannot do.”

This film is a refreshing end to your week days and you can enjoy it with popcorns without keeping the remote control in your hands to forward any steamy scene. This film can be cherished by all alike. It’s a relief to say that despite the revealing gymnastic costumes, the choreography and cinematography was done in a way that things went great without objectifying and sexualising women. It’s a must watch for people of all ages.