The Force of Softness is Indian poetess’s debut collection

* The first thing that encounters you is the cultural mosaic of Indian-ess that permeates this poetry — sometimes manifestly, but mostly at a deeper, symbolic plane 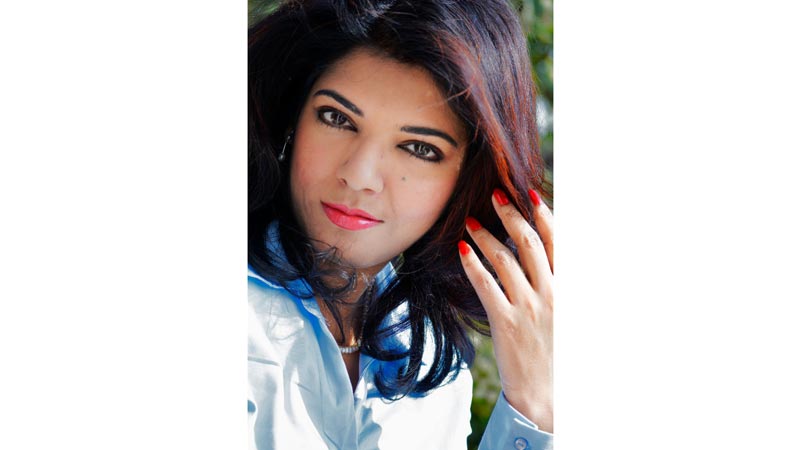 This is the debut collection of poems by Calcutta-born and Hyderabad-based poetess who has already had a glorious record of being featured in many publications and anthologies both in her native India and abroad like The Nassau Review, Muse India, Coldnoon Travel Poetics, Ræd Leaf Poetry and Contemporary Literary Review India.

Besides, journalism is her vocation and photography avocation.

The first thing that encounters you is the cultural mosaic of Indian-ess that permeates this poetry – sometimes manifestly, but mostly at a deeper, symbolic plane. Well, the sheer mention of Indian-ness, especially in face of the present-day state-sponsored jingoistic nationalism and a ghastly majoritarian agenda being perpetuated by the incumbent regime, could lead to many negative connotations. But, here we have a poet who is sober and who speaks for the great Indian traditions of pluralistic, inclusionary and secular values. That, however, does not follow that Afreen is insensitive to the disasters brought by the brutal State system. Immediate political realities do surface in this poetry, if not often in quite a direct way, as they do in her poem about Kashmir – ‘For a Child of Kashmir’ – that takes a child as a protagonist and exposes the abuse of beastly power exercised by the state machinery. It is a powerful poem with genuine human concerns about the gruesome state of the affairs in the valley: unchecked, brutal forces vs. sheer helplessness of the innocent inhabitants. Writing poetry with political engagement is a job littered with pitfalls as in such an effort the first causality is that of poetry itself. But, despite enunciating its stance with full force, the poem does not relinquish its essential poetic properties.

Saima Afreen’s poetic system operates more within the cultural spectrum. She delves deep, though not exclusively, in the Islamic/Muslim culture. But again, in an era when religion has been rendered something tantamount to a segregating and exclusionary grouping, she reverts to it and brings back its powers as a cultural phenomenon

Saima Afreen’s poetic system operates more within the cultural spectrum. She delves deep, though not exclusively, in the Islamic/Muslim culture. But again, in an era when religion has been rendered something tantamount to a segregating and exclusionary grouping, she reverts to it and brings back its powers as a cultural phenomenon.

In other words, religion does play a vital role in the making of these poems, but the poet takes and transmits it as a unifying force and not as a dividing weapon. ‘Shab-e-Qadr’, ‘Maghrib’, ‘At the Poet Daagh Dehlvi’s Grave’, ‘At Moazzamjahi Market’, ‘Bhishti’, ‘Song for a Dastango I Met Last Winter’ and ‘Hindustan’ can be referred to in this connection. More important is, perhaps, the finding that the symbols she takes from Islam and the way she put them, they evoke an ambience that is at once fascinating and profound. 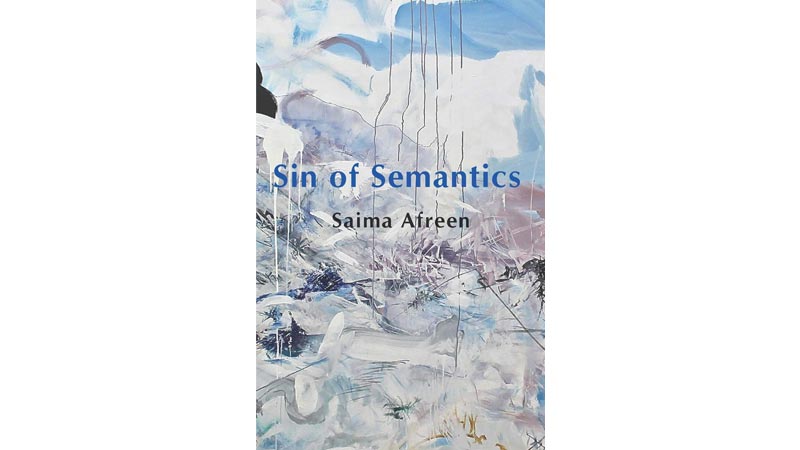 The ethos of Indian Islam might be a more conspicuous colour of Afreen’s variegated poetic canvass, but in no way has she confined herself to it. There are luminous glimpses of other cultures and foreign lands that the poet has encountered – an experience that finds a haunting presence in some of her memorable poems.

Not only have we here the world outside, but the universe inside too, gets its due share in these poems. There are moments of sorrow, love, estrangement, ennui, and ecstasy. But, whatever Afreen lays her hand at she does it with a peculiar soulfulness.

Another significant aspect of these poems is their essential lyrical quality that might have been generated courtesy her intimate acquaintance with Urdu language – her mother tongue, and Urdu culture, especially with Urdu ghazal. But, it is pertinent to note here that her diction as well as her treatment of such cultural images bears no trace of any cloying romanticism.

This is Saima Afreen’s maiden collection, yet this book announces the arrival of a poet mature in thought and sensitive in perception – a voice that is soft and serene but at the same time powerful.