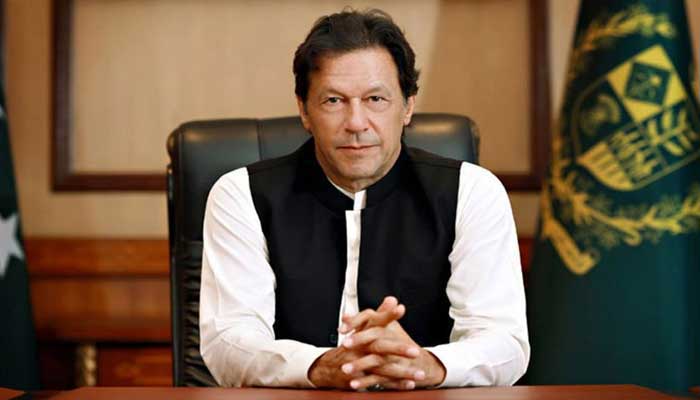 Prime Minister Imran Khan will kick-start his three-day visit to the United States on Sunday, as he is scheduled to address a record-setting gathering of the Pakistani community at a stadium in the downtown of Washington DC.

The prime minister arrived here Saturday afternoon for high-stake parleys with President Donald Trump on advancing Pakistan-US relations in the backdrop of improving climate of trust between the two countries.

On Sunday, the prime minister will address the Pakistani community at Capital One Arena with a seating capacity of above 20,000 persons, most of which have been booked already with more people still registering themselves to attend the event. The prime minister’s community address is distinctive in the way as previously the visiting Pakistani leaders used to address the Pakistani expatriates in the community halls or closed door rooms at hotels.

In what would be a Pakistani leader’s first visit to Washington in more than five years, the prime minister will also interact with top US lawmakers including Speaker of the House of Representatives and members of Senate Foreign Relations Committee to develop understanding on some key regional and bilateral issues. The visit is significant from many angles as Islamabad hopes to build on Washington’s acknowledgment of its key role in facilitating the Afghan peace negotiations. Pakistan now aims to bring bilateral cooperation to the center stage.

A White House statement last week said the July 22 talks between the two leaders will seek to consolidate bilateral cooperation between the countries. “President Trump and Prime Minister Khan will discuss a range of issues, including counter terrorism, defense, energy, and trade, with the goal of creating the conditions for a peaceful South Asia and an enduring partnership between our two countries,” the statement had said.

A key feature of prime minister’s engagements will be to invite American entrepreneurs to make use of investment opportunities in Pakistan. He will speak to members of US Pakistan Business Council as well as encourage Pakistani-Americans to engage in business in Pakistan, where his government is reforming various sectors of the economy to make doing business easy.

It would be Prime Minister Khan’s meeting with President Trump that would receive major attention. Trump, who personally sought Imran Khan’s support on Afghan peace search, recently said the US relations with the South Asian country are far better than what they were a year ago. Pakistan’s Army Chief General Qamar Javed Bajwa will accompany the prime minister to the White House talks in an unprecedented move. According to Foreign Minister Qureshi, it shows that the Pakistani political and military leaders are one on the national issues.

Imran Khan will also have separate meetings with US Secretary of State Mike Pompeo and IMF and World Bank top leaders. The army chief and ISI chief will also have interactions with their American counterparts. Earlier, Prime Minister Imran Khan Saturday departed for his three-day visit to the United States on a commercial Qatar Airways flight. During a stopover in Doha, he was hosted by Qatar Airways CEO Akbar Al Baker.

The decision to take a commercial flight has been touted as a bid to save taxpayer money. The government has repeatedly promised that the entire trip will cost a total $60,000 to the exchequer – significantly less than the much higher expenditures allegedly incurred by past chief executives.