It’s not just men who degrade feminism. Born to a liberal, open-minded family, I had always considered myself privileged enough to be able to openly express my views sans any fear of being suppressed despite being a female. Going to an all-girls school, which was led by a competent yet dominant female administration, also helped me acknowledge the potential and power that women could hold. 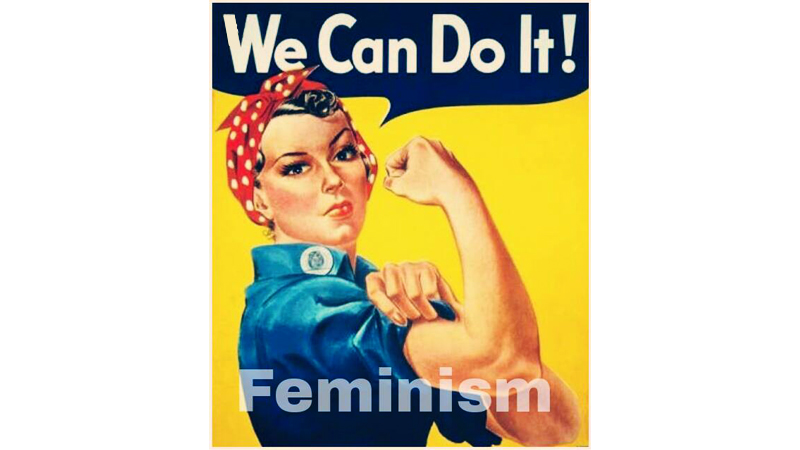 Furthermore, my school’s stress on critical thinking helps its students search for deeper and unique aspects of any topic. We are largely able to identify what most people might see much later because of our focused and analytical approach. This is exactly what had me question how some women misinterpret feminism.

We are all familiar with the term feminism, its quota and why we need this tool to become our next revolution (all the reasons why this won’t be the main focus of this article).

Feminism is not simply a movement. It is a phenomenon of how women who came before us and we have been fighting for our rights to an equal opportunity. Some may mock us by exaggerating our pursuit towards this phenomenon; calling it a tactic to promote a provocative society. They might belittle our movement as one based on petty things that “offend us” as in if someone said “he” before “she.”

Many women turn their backs on other women; gossip about them; threaten them and even act disgracefully to pursue their agendas. All this is completely swept under the carpet

After coming across many such voices on both online platforms as well as during conversations with my peers and family members, I’ve noticed that feminism and its approach to equal opportunities have slowly become an approach of rising above men and degrading them. It is not coming to the same level as men to a point where friendly competition could be fair and women could relate to similar ideologies as men. A good percentage of women have started wanting equal rights but not equal responsibilities. Because of this mentality, it has become a norm to blame men for our casualties.

Many women turn their backs on other women; gossip about them; threaten them and even act disgracefully to pursue their agendas. All this is completely swept under the carpet.

Countries like Finland have taken drastic measures to ensure a healthy working environment for both women and men as well as for gender equality.

For instance, women around the world aren’t paid the same salary as men working in the same field. One of the most dominant reasons behind this gap is the maternity leave that women are provided with. In Finland, the parents of an expectant child are both given parental leaves: there is a maternity leave as well as a paternity leave. Thus, when both parents are taking days off, there stands no reason for one to be paid less. Parents are also paid to take days off in a year to focus on family as it is scientifically proven that a healthy relationship with their parents could have tremendous benefits for a child’s behaviour.

It is crucial we understand that boys–and men–can also cry. They are also hurt; put under societal pressure and abused. Ergo, they are also humans. Some men are feminists and further, it is not necessary for only women to be feminists.

So, when I see statements like “Do your own laundry” in feminist marches, I wonder why so much anger. Many people out there think the same yet they label this “demanding” to damage our reputations. I understand that such statements come with good intentions but why not chant, “Let’s share our responsibilities.”

Those who aren’t willing to accept this do not deserve our respect. Why not come together as one so that women could someday be fully satisfied with their positions in this world?

Why not work for a day when everyone can get the same salary for the hard work they put in and everyone can speak their truth?

As Frances Wright once rightly said, “Equality is the soul of liberty: there is, in fact, no liberty without it.”

The writer is a student of Grade Eight