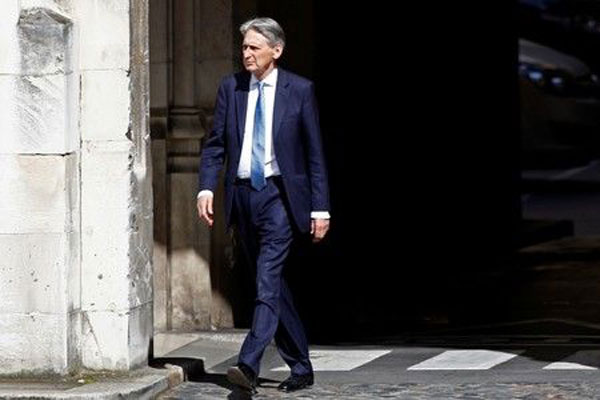 British finance minister Philip Hammond said on Monday he would not stay in his job when the country’s next prime minister takes over next week, and he would do everything he could to stop a no-deal Brexit. Hammond told CNBC television he did not want to make life difficult for either Boris Johnson or Jeremy Hunt, the two contenders to replace Theresa May as prime minister on July 24. But he made it clear he would work to block any attempt to take the country out of the European Union without a transition deal to soften the economic shock. “If the new government tries to drive the UK over a cliff edge called no-deal Brexit, I will do everything I can to stop that happening,” he said. A majority of Hammond’s fellow British lawmakers voted against a no-deal Brexit earlier this year. But Johnson and Hunt have both said they are prepared to leave the bloc without an agreement if necessary.