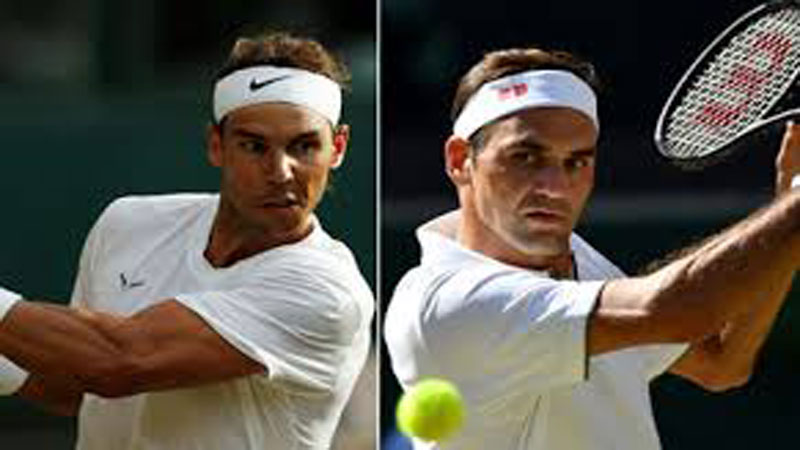 It has been a long wait but the most captivating modern rivalry in men’s tennis returns to the scene of its most dramatic episode on Friday when Roger Federer and Rafael Nadal meet for a place in the Wimbledon final. Much has changed since that epic Sunday night in 2008 when, as the last strands of daylight ebbed away, Nadal dethroned the king of Centre Court in a rain-hit final that will forever be part of Wimbledon folklore. Centre Court now has a retractable roof as does Court One, for a start, and Federer has two sets of twins.

Nadal’s knees are creakier, his hair thinner and the sleeveless tops and pirate pants he wore as a 22-year-old tyro have been replaced by regular tennis attire. They have both had dips and comebacks and both have been written off at times. But form is temporary. Class endures. Federer is approaching his 38th birthday and Nadal is 33, yet they remain the two central pillars of men’s tennis with 20 and 18 Grand Slam titles respectively. They have met 22 times since that epic five-setter when Nadal became the first Spaniard since Manolo Santana in 1966 to win the men’s title, proving he was not just a claycourt bully but had evolved his topspin game after losing consecutive Wimbledon finals to Federer in 2006 and 2007.

There have been memorable clashes since – the 2009 Australian Open final after which a beaten Federer shed tears and the 2017 Australian final when the Swiss ended a five-year wait for his 18th Grand Slam title. They played last month in the French Open semis when Nadal blew Federer away in a gale on his way to claiming a record-extending 12th Roland Garros title.

Friday’s showdown will be the 40th meeting between the duo with Nadal leading 24-15 and 10-3 in Grand Slams.

House of horrors: Federer is seeking a ninth Wimbledon singles title which would move him level on the all-time list with Martina Navratilova while Nadal is eyeing his third, and first since beating Tomas Berdych in 2010. Since then Wimbledon has often resembled a house of horrors for Nadal with shock losses to journeymen like Steve Darcis, Lukas Rosol and Dustin Brown. Irritated by being relegated to third seed behind Federer, despite being ranked two, he looks fired-up to reclaim the title and has dropped just one set so far, against Nick Kyrgios in a riveting second-round grudge match. “Playing against Roger always is a unique situation,” Nadal said after beating Sam Querrey in the quarter-finals. “Excited to be back on this court against him after 11 years.

“Means a lot for me and probably for him, too. Always I say the same: of course, the opportunities to play against each other every time are less, but we are still here.” It is easy to forget there is no silverware at stake on Friday, with the winner likely to play defending champion Novak Djokovic, the Serb who could eventually surpass both of them in the all-time Grand Slam title haul, in the final. But it has the feel of a final. Federer, bidding to reach his 12th Wimbledon final, has dropped two sets so far, and has looked in fine fettle. While much water has passed under the bridge since 2008, somewhere in the darker recesses of Federer’s mind will be the bitter imprint of one of his most crushing defeats.