Affordable housing for the people: a rising practical phenomenon

Pakistan has the remnants of one of the oldest civilisations in the world-the Indus Valley Civilisation, located in the Punjab and Sindh provinces. The civilisation, which had more than a thousand cities and settlements, reigned alongside other ancient civilisations such as the Roman and Mesopotamian.

One unique feature of the Indus Valley Civilisation was the housing structure, which can be regarded as the epitome of egalitarian urban planning and environmentally conscientious architecture. Houses were made of brick, had their own inner courtyards that provided natural light and ventilation, and were connected to a remarkable central drainage system, highlighting the advanced ability to design with nature and climate in mind.

In present day Pakistan, housing problems exist that are totally opposite to the relatively adept expert housing efforts of yesteryears. Pakistan has to deal with the onslaught of rapid climate change, which is affecting the world at large. Being centrally located in an area bridging the Middle East and South Asia, Pakistan has a hot and arid climate. And temperatures are soaring in the country, which by 2050 is set to have many areas become severe climate hotspots where living and working will become increasingly intolerable.

Then there is the rapid growth in population. Based on the latest United Nations estimates, Pakistan’s present total population is over 204 million. Whilst the population continues to grow each year, it has created a housing crisis, especially in the dense urban areas such as Karachi where over many of its residents reside in slums, necessitating mass affordable housing. 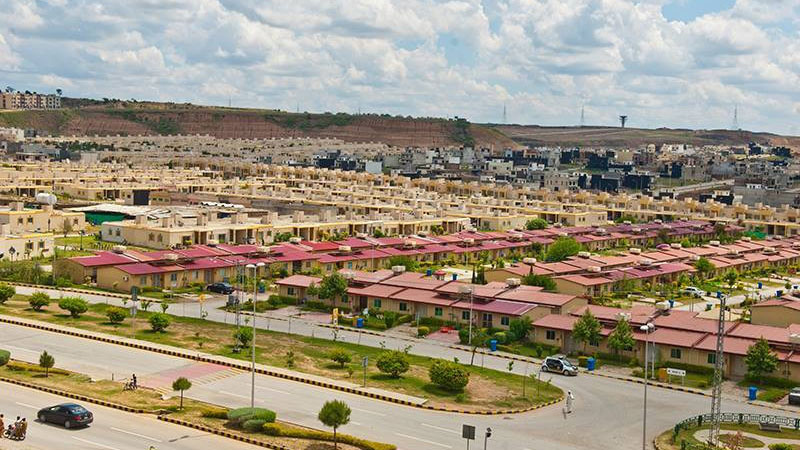 In addition to housing the increasing population in a sustainable manner comes the global trend of rural to urban migration, which puts an additional strain on cities and necessitates rapid resource, infrastructure and housing solutions to help ensure habitats that are habitable.

This begets the question of how to provide homes to people in a way that is 1) eco-friendly to fight climate change, 2) affordable to cater for dignified multi-generational living, and 3) rapid delivery to the market to cater for an ever-expanding population. The answer may lie in the concept of homes that are culturally sensitive and green; affordable & multi-generational; and ultimately modular and fast-track whose benefits are manifold.

In the creation of the affordable green homes, one can look back to Pakistan’s heritage of the past in incorporating elements from nature, and at the same time, present a glimpse of the future. For instance, most homes in the historic Mohenjodaro settlement of the Indus Valley Civilisation had inner courtyards for natural light and ventilation, and cooling rooftop gardens that provided respite from the harsh sun.

In present day Pakistan, housing problems exist that are totally opposite to the relatively adept expert housing efforts of yesteryears

The ability to reinterpret cultural and traditional elements such as these is what the Pomeroy studio were able to do in B House-a pioneering green development in Singapore that harnessed the cultural traditions of the indigenous black and white bungalows of the past to create a ‘super eco-home for the 21st century that embraced elements of the past with the green agenda of the future’.

In creating modern affordable homes, tackling the climatic conditions of a place is a number one priority in reducing the cost of construction and operation. Optimising natural lighting, natural ventilation and locally sourced materials lower the economic and environmental impact of developments.

One of our latest projects aptly known as the ‘Candy Factory’ is the conservation of the old factory site in Gävle, Sweden, which produced the Swedish candy Läkerol. The landmark affordable housing project is an example of multi-generational living that utilises the latest in cross laminated timber construction, renewable energy technologies, and demonstrates the important role winter-gardens, sky courts and sky gardens play in reducing energy consumption and cost whilst creating a desirable green living environment.

In modular construction, building components can be prefabricated in a factory and brought on site to assemble buildings, like a giant Lego kit of parts. The primary advantage of modular construction is speed, which is essential to solving Pakistan’s housing issue within a short span of time. Another benefit is quality control-adding credibility to a construction effort that will be economically viable especially in a developing nation such as Pakistan. The entire concept of modular construction is in line with Prime Minster Imran Khan’s vision of building five million affordable homes in five years, which is an achievable feat if carried out using this method.

Pomeroy Studio’s Azure residences in Manila, Philippines is a lesson in fast track modular construction with a 50 percent saving in construction time, and flexibility to expand and contract the housing requirements according to socio-economic needs. Modular buildings also emit lesser carbon emissions compared to conventional construction due to the relatively shorter construction time leading to less environmental impact.

We are able to bring this concept of culturally sensitive and green, affordable and multi- generational, and fast track and modular to Pakistan through the Gujrat Gardens, in Kathala, Gujrat in Punjab. The aim of the project is to create green affordable homes targeted at middle-income residents and enable multi-generational living that is a cornerstone of traditional Pakistani families.

Affordable housing is a global necessity and Pakistan is no exception to this phenomenon. We should explore new notions of housing concepts and elements in line with climate change and aspects that can help us contain issues associated with increased urbanisation. And the way to start this is to look back to our past for inspirations that can help us weather the storms of the present and prepare us for the future.

Prof Jason Pomeroy is an award-winning architect, academic, author and TV personality at the forefront of the sustainable built environment agenda. He graduated with Bachelor and Post-Graduate degrees with distinction from the Canterbury School of Architecture; received his Masters’ degree from Cambridge University, and his PhD from the University of Westminster. He is the Founding Principal of Evidence – Based Interdisciplinary Sustainable Design firm Pomeroy Studio; and sustainable education provider, Pomeroy Academy. Jason also works to raise awareness of the cultural role architecture plays in society. He is a consultant and host of the popular architecture / travel TV series’ ‘City Time Traveller’ (Series 1 & 2) ‘City Redesign’ and ‘Smart Cities 2.0’, which has aired throughout Asia and the Middle East.

The writer is an award-winning architect, academic, author