The future can wait, Wimbledon’s big three refusing to budge 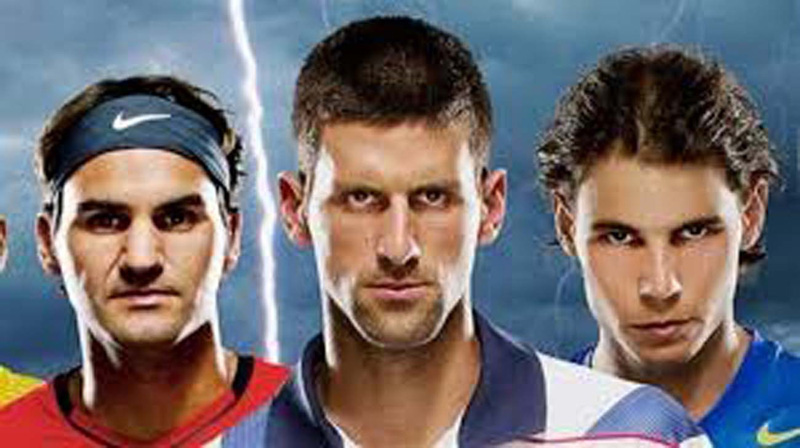 They say it’s high time the new generation start blazing a trail in men’s tennis yet as the All England Club opens its doors for another Wimbledon fortnight Novak Djokovic, Roger Federer and Rafael Nadal retain a vice-like grip on power. Led by swashbuckling Greek 20-year-old Stefanos Tsitsipas a queue of brash young talents has formed, all trying to be the man to smash the triopoly and officially usher in a new era. The trouble is despite all being at an age when mere mortals begin winding down their careers, the top three appear fitter and hungrier than ever to reach new milestones.

World number one and defending champion Djokovic fell agonisingly short of holding all four Grand Slams (for the second time) when he was blown off court by a gale and Dominic Thiem in the French Open semi-finals this month. But unlike last year when he arrived at Wimbledon ranked outside the top 20 after one of the most difficult periods of his career, only to silence the doubters to win a fourth title, the 32-year-old looks at the peak of his powers. One more title here would take him level with the five of Swedish great Bjorn Borg and third on the all-time list for men’s champions in the modern era. It would also leave the Serb four behind Federer’s men’s record total of 20 Grand Slams.

Federer, seeded two on the 20th anniversary of his first main draw appearance, is chasing his ninth title and looked razor-sharp last week when he warmed up by winning the Halle grasscourt title for a 10th time.

Then there is the 33-year-old Nadal. He last triumphed at Wimbledon in 2010, two years after his epic final against Federer, but since then he has endured some bitter setbacks on the lawns – suffering early losses to the likes of Steve Darcis, Nick Kyrgios, Lukas Rosol and Dustin Brown before rebounding last year to reach the semis. After taking a 12th French Open title the Mallorcan seems highly-motivated, and physically strong, as he targets a third French Open/Wimbledon double – a feat only Borg has achieved.

‘Dynasty’: Fuelled by desire and unencumbered by the pressure to prove themselves that weighs on the likes of seventh seed Tsitsipas and sixth seed Alexander Zverev, it is hard to see the trophy not in the hands of one of the big three on July 14. After all, they have won the last 10 Grand Slams on offer and only Andy Murray (twice) has managed to keep their hands off of it since Lleyton Hewitt won in 2002. “It’s just awesome to see a dynasty, and then there’s another part that says, hey, let’s get some other people in the mix here,” three-time Wimbledon winner John McEnroe said this week. “To me we have the three greatest players that have ever lived, playing at the same time.

“They’re extremely hungry, which is an amazing quality at that age.” Tsitsipas, with his aggressive all-court game, looks the most likely contender to shake things up while 18-year-old Canadian Felix Auger-Aliassime, a semi-finalist at Queen’s Club last week, has jumped the queue after a stunning rise from outside the top 100 at the start of the year.

“Tsitsipas is going to be a great champion and player. He’s got everything that you could hope for,” McEnroe said. “I think Felix, to me, he’s going to be number one.” Throw another Canadian, 20-year-old Denis Shapovalov, and even the mercurial magic of Australian bad-boy Kyrgios into the mix, along with old Swiss warrior Stan Wawrinka, Austrian stylist Thiem and a gaggle of powerful Russians led by Karen Khachanov and an absorbing chapter of Wimbledon awaits. The ending may be a familiar one though.