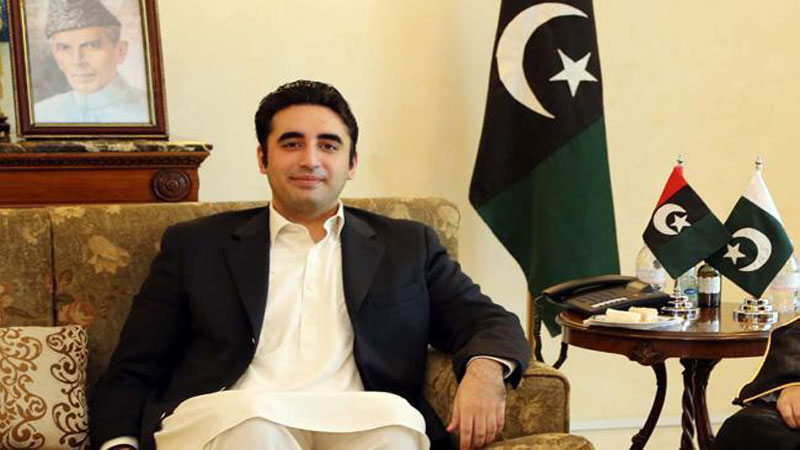 Taking part in the budget debate at National Assembly, he said that the NA deputy speaker had banned the use word “selected”, adding that “selected” was not non-parliamentary word.

The PPP chairman said that the word “selected” was not non-parliamentary. “The problem is with Prime Minister Imran Khan’s ego. The government’s decisions are like playing with fire.”

Bilawal went on to say that every Pakistani was paying the price of the incumbent government’s decisions. “The investment in the country is at the lowest level. The government is playing with the lives of thousands of people by stopping the funds of hospitals. Provinces have not been given funds according to the National Finance Commission (NFC) Award,” he added.

“There is no freedom in Naya Pakistan. Everyone is a victim of censorship,” he added. Taking a jibe at government’s performance, he said that a common man, who worked hard to collect Rs 500,000, would now have to disclose their sources of income, adding that the government should stop this policy and withdraw the anti-poor budget.

He further said that the budget was usurping provincial rights, adding that the PTI-IMF budget showed that the government had surrendered. “The PM made too many promises and average Pakistanis are paying the price for their incompetence.”

He said that parliament was not complete until the representatives of North and South Waziristan were produced in this house. “Otherwise, history will record that these members and their constituencies were deprived of representation in this House. The freedom of expression is being curbed. Different views are heard in democracies to chalk out policies for the people.”

Concluding his budget speech, the PPP chairman said that in ‘Naya Pakistan’, everything had been destroyed from politics to economy and human rights to judiciary. “The incompetent government is filing references against members of judiciary to put pressure the institution of judiciary. This government has to go as Pakistan People’s Party will not compromise on human rights, political rights, the right of expression and democratic rights.”

MNA Nafisa Shah sought an explanation from the deputy speaker as to whether he had barred the use of the term “selected” for the prime minister. “If it is a ruling then you will have to bar the use of words ‘thieves’ and ‘robbers’ as well,” she said. “There must be freedom of expression in the assembly.” In response, the deputy speaker said he had requested the members to “let this beautiful democracy remain as it is because they all have been elected due to democracy”.

He said that PPP Co-chairman Asif Ali Zardari along with Husain Haqqani had held meetings with US Central Intelligence Agency (CIA) director.

“Zardari had asked the then US ambassador to Pakistan Anne W Patterson that the government had no issue with the US drone strikes in Pakistan. The PPP leader had asked the US envoy that they would only express concern over the attacks in public,” Saeed added.

The minister said that Benazir Bhutto had asked the US officials to rid them from corruption charges and had sought support from then US Secretary of State Condoleezza Rice to become the prime minister.

Criticising the leadership of Pakistan Muslim League-Nawaz (PML-N), the minister said that former Prime Minister Nawaz Sharif had paid $32 million for his treatment from the national exchequer. He said that the former prime minister had spent over Rs 280 million on a road leading to his residence in Raiwind and added that over Rs2 billion spent on the security of Sharif family during the last five years.

PPP leader Hina Rabbani Khar said that law was being violated in the name of accountability. Speaking in the National Assembly, Khar said that budget discussion had turned into a session for leveling allegations.

“Development funds should be provided to the elected representatives without any discrimination.” She also expressed concerns over economic situation of the country, saying the PTI government had failed to fulfill any of its commitments.

Participating in the debate, ANP leader Amir Haider Khan Hoti said salaries of government employees should be increased by 25 percent instead of 5 or 10 percent. He said tax imposed on tobacco growers in the new budget should be withdrawn. He said the tax should rather be increased on tobacco companies and the smokers.

The member further said that the nation had been promised relaxation in the mini budget but the incumbent government had failed to fulfill it. “The government has not allocated any amount to address the issue of malnutrition in the country,” she added.

Participating in the debate, Minister of State for States and Frontier Regions Shehryar Khan Afridi said the government under the leadership of Prime Minister Imran Khan would succeed in transforming the country and earn a respectable place for the country in the comity of nations. He said nobody was above the law and the corrupt elements would face accountability at all costs.

Responding to points of ANP leader, Minister of State for Parliamentary Affairs Ali Muhammad Khan said it had been decided to withdraw the tax imposed on the tobacco growers. He said the burden of the tax had now been shifted to the end user.

Muhammad Alamgir Khan of PTI highlighted the problems faced by Karachi and said sufficient funds should be allocated for development of the metropolitan. Hussain Elahi said that the PML-N government was responsible for the current economic situation of the country. He said the previous government had not paid any attention to improving the education and health sectors. He appreciated the incumbent government for focusing on the human development.

Shazia Marri said honorarium equivalent to five months basic pay announced by the previous government for the staff of different organizations, including Radio Pakistan, PTV and the APP, should be given to the employees deployed for the coverage of budget session. She was also critical of the government for not increasing the salaries of scale 21 and 22 employees and reducing the minimum taxable income threshold. Fozia Behram stressed the importance for broadening the tax net. We have also given greater autonomy to the State Bank of Pakistan, she said.

Javed Latif said the country could not move forward without upholding the rule of law. He said the present government has increased the burden of debt on the country.