The clamour against accountability and the National Accountability Bureau has grown louder with the arrest of major political leaders from the opposition ranks. There are angry exchanges at the National Assembly sessions. The government says it is committed to holding everyone accountable. That may be good news but it also needs to perform better.

The champions of the anti-corruption narrative must also focus on competent governance. The masses do not want to see every politician hanged. They only wish for security, dignity and protection of their rights.

All Pakistan’s leaders have been accused of corruption and dishonesty. The hope is that this is going to change. The future generations of Pakistanis might take pride in being citizens of a country where there is true accountability and no corruption. Where there is a will, there is a way.

Accountability drives are not a new phenomenon in Pakistan. Since the days of Ayub Khan’s martial law, all autocratic regimes have announced clampdowns on corruption. Behind all of these drives have been ulterior motives. There has thus been no true accountability. Those who were presumed to be role models on account of their apparent integrity have been accused of being involved in corruption and nepotism. Pakistan has been witness to a vicious cycle of financial and administrative mismanagement.

There is a culture of bribes. Money laundering has been accepted in the corridors of power as well as at the popular level. The country is facing a severe economic predicament on account of a serious debt crisis, dwindling exports, depleted foreign exchange reserves and low remittances. The government wants everyone to focus his attention to corruption. A strict accountability is being called the only way to pull Pakistan away from the brink of economic disaster.

According to the PTI narrative the country was respected in the international community during the 1960s. The morality began to erode in 1971. The national institutions, it says, were corrupted through ‘politicisation’. Those exercising power, it says, made compromises on merit.

Pakistan is home to almost 220 million people. More than 40 per cent of them live in deplorable conditions.

Many of them neither get two meals a day nor access to safe drinking water, electricity, gas, education and healthcare facilities. It is said that accountability has thus become essential.

It is alleged that the Pakistan Muslim League-Nawaz and the Pakistan Peoples Party have no vision other than stealing from the people and laundering the money or stacking it abroad. The prime minister says he has finally taken the needed initiative. He has vowed to enforce ‘strict’ accountability.

Many voices are being heard against the narrative as well. Those convicted of corruption or fearing conviction are calling the process a political vendetta. The government insists that it is no such thing.

It has been said that the economy and the PTI brand of accountability cannot go together. The government insists that this is totally absurd. It says pointing fingers at the accountability process is very unfortunate. It dismisses opposition as an old gimmick it says has long been used to create hurdles in the way of true accountability. Democracy, it says always derives strength from accountability.

The government says the accountability has to be started from the top. It says no one found guilty of corruption can be spared. The NAB, it says, is working independently and has zero tolerance for political intervention. That, it says, is the way it should be. It admires the way the army has taken to task several officers found guilty of espionage. The courts, it says, should follow suit. The judges, it says, cannot be treated low sacred cows. A full, fair and across-the-board accountability process is required to take the country forward.

The government says Pakistan needs to recover the money from the corrupt and use it for the welfare of the people. It is also to reduce poverty and finance education and health sectors. It can also be used for the development of interior Sindh, Balochistan, Khyber Pakhtunkhwa and Gilgit-Baltistan, which have been neglected in the past. This can bring the people together and ensure the unity of the country. The people of various regions have been misled in the past by their corrupt leaders.

The solution for all problems in Pakistan is rule of law.

The annual budget presented by the Pakistan Tehreek Insaaf government has triggered a storm of rampant inflation.

What is to be done then?

The biggest mistake of the PTI government was the delay in approaching the International Monetary Fund. It seems that the government did not realise the situation and what it required. The leaders had not done their homework. They also lacked experience. Several task forces were set up at the inception of the government.

The setting up of an inquiry commission to determine the responsibility for national indebtedness is a great idea. However, the accountability should start from Musharraf era.

The writer is a motivational speaker 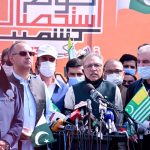 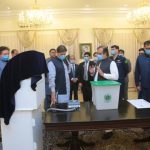 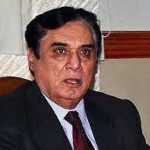 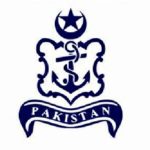 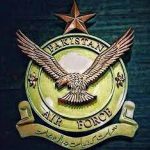