Pakistan is an agricultural country where 60 per cent of the population lives in rural areas. A majority of them are lower-middle class people, depending upon agriculture. As much as 40 per cent of the urban population, too, consists of lower middle class. We have one of the oldest canal irrigation systems in the world. Earlier, this system was sufficient for the country. Now given the increase in population, the demand for food and agriculture-based products has increased.

A majority of the rural population is dependent on agriculture, which is central to economic growth and development in Pakistan. The agriculture sector contributes 21.4 per cent to the GDP, employs 45 per cent of the country’s labour force and contributes to the growth of several sectors of the economy. The textile industry, the largest sub-sector of the manufacturing sector, is dependent on cotton.

It is because of the large lower middle class that multinational companies see Pakistan as the third largest consumer market in Asia. These companies selling a lot of consumer products in Pakistani retail market and are earning huge profits. This retail market is expected to reach $2 billion by the end of 2020. 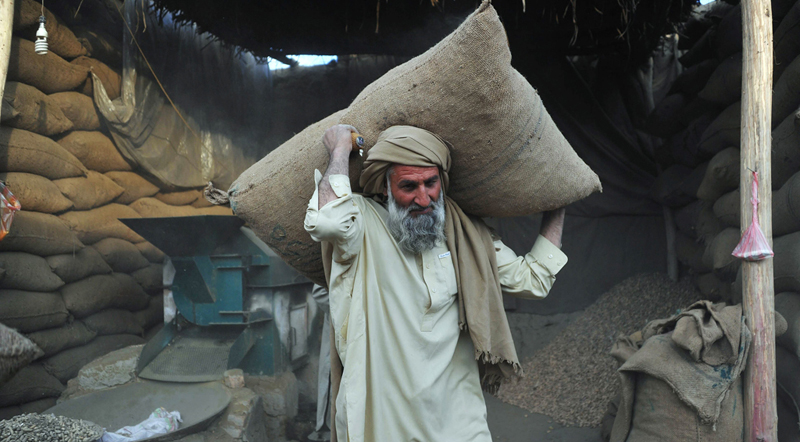 While economy is dependant on agriculture the agriculture sector suffers from low productivity. This is deepening the gap between demand and supply of farm products. The demand is increasing by the day due to increase in population and factors like smuggling and black marketing.

This is a need to invest in agriculture research and encourage small-scale farmers to use modern tools to increase crop yields. Hybrid agricultural techniques can also be utilised to increase production to narrow the gap between demand and supply. The increase in production will also increase the earnings of the lower middle class.

The lower middle class in rural areas comprises the majority of our population. Directly or indirectly, a majority of them are associated with agriculture. It is very important to boost their income. For this purpose, we need aggressive planning, policies and strict implementation.

Pakistan has four seasons. However, we have never utilised these seasons efficiently. Market-oriented farming is required to meet the domestic demand. The surplus should be used to boost the exports.

In 2008, for the first time in history, more than half of the world’s population was living in towns and cities. By 2030, this number will swell to almost five billion

Small-scale farmers never benefit from the research, experience and information of agriculture research institutes. We need to arrange awareness and promotional sessions at the community level about the use of modern techniques in agriculture.

This will enable us to realise the potential of our agriculture sector and make it the engine for economic growth and food security. Livestock and dairy farming also need to improve. For this purpose, we need awareness campaigns at the community level.

Pakistan has a remarkable human resource characterised by hard work and dedication. The human resource is classified into five occupational categories i.e professional, non-professional, skilled, semi-skilled and unskilled. As a developing economy with a large lower-middle-class population, it is not possible to employ all jobseekers. The government should focus on opportunities available overseas.

The world is undergoing the largest wave of urban growth in history. In 2008, for the first time in history, more than half of the world’s population was living in towns and cities. By 2030, this number will swell to almost five billion. Population growth and urbanization go together and economic development is closely correlated with urbanisation. The more urbanised a country the higher is the level of individual income. No country has ever had high per capita income with low urbanization. But in Pakistan urbanization is creating more problems for the economy. If the government provides basic health facilities, education and industrial infrastructure the lower middle class can play a vital role to boost economic indicators.

Manufacturing and mining sectors are the main sources of economic growth. Usually, the mining sector is located in rural areas.

Education is the most important factor in human resource development. It makes the population more productive and creates more opportunities for the socially and economically deprived sections of society. An educated workforce equipped with modern skills can compete and benefit from the opportunities created by globalisation.