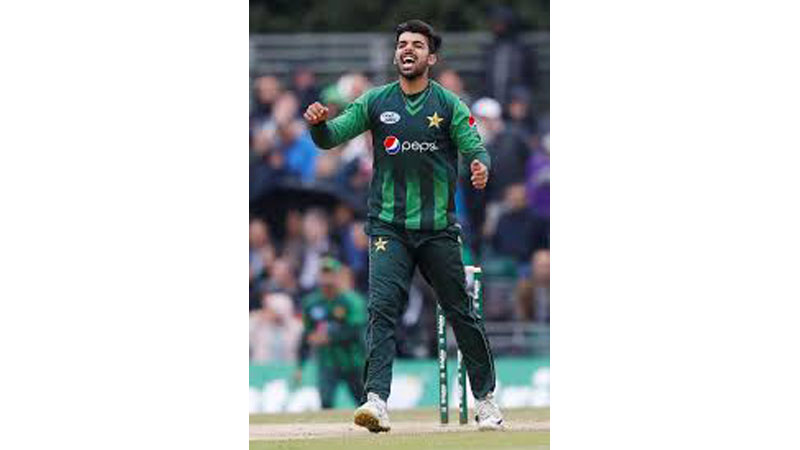 Pakistan’s all-rounder Shadab Khan has been declared fit for the upcoming International Cricket Council (ICC) World Cup after he was successfully treated for an infection, a Pakistan Cricket Board (PCB) spokesman said on Tuesday. The 20-year-old leg-spinner will fly to England on May 16 (tomorrow) and consult Dr Patrick Kennedy before joining the team on May 20. Shadab, 20, was originally named in the squads for the current England limited-overs series and World Cup only to be ruled out after contracting a virus. Blood tests confirmed that he had contracted the disease and he was subsequently ruled out from the England tour, where a five-match one day international series is underway. Yasir Shah, who was included in the team after Shadab was sidelined, will return to Pakistan. However, Shadab’s participation in the pre-World Cup warm up matches against Afghanistan and Bangladesh – scheduled to take place on May 24 and 26 respectively – is subject to his fitness and team management’s decision, the spokesman added.

“I am delighted to know that the blood tests are negative and I can now return to competitive cricket,” Shadab said in a statement. “I was always very confident that I would fully recover from the viral infection and will be available for the World Cup.” He further said: “Having played and won the ICC Champions Trophy 2017, I understand the importance, flavour and glamour of global events and what success in such events mean to the players and the public. I am looking forward to featuring in the World Cup and will leave no stone unturned in helping Pakistan put up a strong show.”

Meanwhile, chances of Mohammad Amir’s inclusion in the World Cup are diminishing after he was diagnosed with chicken pox which makes it unlikely that he would be able to play the ongoing ODI series against England. He was not named in the initially announced World Cup squad but was included in the side to face England in the ODI series which was a gateway to make a case for himself for World Cup selection. The deadline to make changes in the World Cup lineup is May 23. After the deadline has expired, a player has to obtain a medical certificate from ICC’s technical committee before joining the final team.