Behind the demand for dividing Sindh

Sindh Governor Imran Ismail has regrettably made an irresponsible statement, his very responsible constitutional post notwithstanding, undermining the presumption of neutrality and exceeding the constitutional limits. In a television talk show, the governor talked about dividing Sindh into more-than-one administrative units. The statement has drawn condemnation in the National Assembly and the Senate and from Sindhi people of all walks, who see a conspiracy in such statements for causing conflict between ethnic Sindhis and Urdu-speaking people. The objective, they believe, is to pave the way for dictatorship in the country, or at least, imposition of governor’s rule in Sindh. 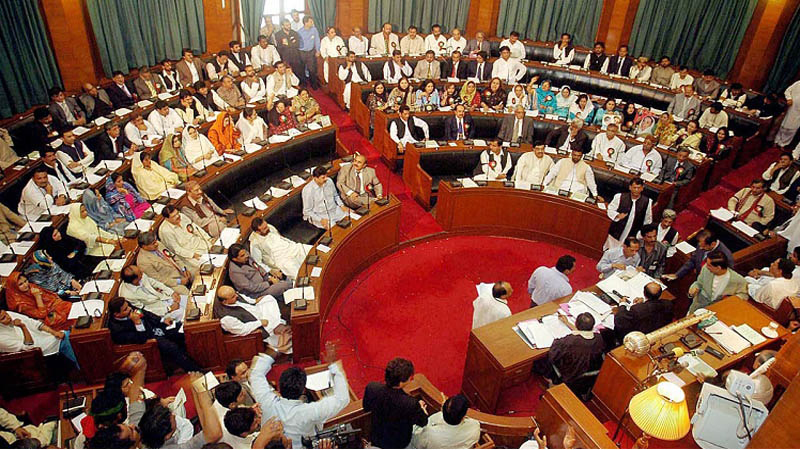 Earlier, such demands were raised from the platform of the Muttahida Qaumi Moevment-Pakistan. The rhetoric has always been used to mobilise its constituency and to create ethnic unrest.

On April 30, MQM-P lawmakers raised the same demand in the provincial assembly. It was rejected by treasury members as well opposition lawmakers of the Grand Democratic Alliance and some Pakistan Tehreek-i-Insaf members. Only MQM-P members and a handful of PTI members were found to be in favour. Chief Minister Murad Ali Shah reiterated his party’s stance against dividing Sindh, and urged the parliamentarians to show their support for the unity of Sindh.

Earlier, on April 27, some MQM-P leaders had raised the slogan “Adha Sindh tumhara, adha Sindh hamara”(one half of Sindh is yours, the rest is ours) at a public meeting in Karachi. They had also vowed to launch a struggle for achieving an Urban Sindh province to end injustices to people of urban areas, particularly mohajirs.

Earlier still, on March 15, the MQM-P had held a press conference at which its core leaders asked Prime Minister Imran Khan to intervene in Sindh to rescue the province from the aftermath of the 18th Amendment. “There are two Sindhs; only an official announcement is due. In the name of provincial autonomy, resources are being snatched from our people,” said one.

The MQM-P, often accused of being a civilian face for the military establishment, is being seen as trying to sow ethnic discord in Sindh.

The mass migration at independence was not a part of any negotiations ahead of the partition of the Indian subcontinent into two dominions. The core leadership of the All India Muslim League, except for Quaid-i-Azam Muhammad Ali Jinnah, had belonged to the United Provinces and the Central Provinces. They were shrewd and their language was Urdu. They had no historical, political, social, cultural and economic relationship with the people of the new Muslim homeland.

There appears to be a deep political, social, economic and cultural divide between Sindhis and Urdu-speaking people and a clash of interests, ideas and attitudes

They did not migrate to Pakistan by accident. They came with a plan to reign over the new country. The Punjab did not accommodate them. Balochistan and the then North West Frontier Province were not among their priorities, so they chose Sindh to settle down. They also developed a conqueror’s swagger, treating indigenous Sindhis as their subjects. Their leaders created tensions in the urban Sindh a couple of years following the partition hoping to push ethnic Sindhis into migrating to India.

Long before Altaf Hussain came along, political leaders like Liaquat Ali Khan, Nawab Muzaffar Ali, Nawab Yamin and Bhopali promoted hatred, hostility and prejudice against indigenous Sindhis and openly ridiculed the Sindhi culture. The establishment of the MQM and emergence of Altaf Hussain in the 1980s was a continuation of this plot against Sindhis. It is no longer a secret that middle class Urdu-speaking people were mobilised under the umbrella of the MQM as a part of a strategy against Sindhis.

In 1983 and 1986, Sindhi people’s peaceful struggle for restoration of democracy strengthened the foundation of a peaceful democratic movement, and weakened the dictatorship of General Ziaul Haq. The Movement for Restoration of Democracy also strengthened the mutual understanding and sense of friendship among the various ethnic communities of Pakistan, and alienated the Urdu-speaking people and their guardians. The MQM and Altaf Hussain’s leadership were the solution to this ‘problem’.

From its very inception the MQM had the gift of terrorist violence. Till that time, for all its flaws, the politics in Sindh had been free of violence. The MQM, however, fiercely used weapons against all political rivals until mid-2016. The victims of such violence included not only Sindhis but also Punjabis, Pakhtuns, the Baloch, and the Urdu-speaking people who did not see eye to eye with the MQM. Among them were former Sindh governor Hakeem Saeed and journalist Muhammad Salahuddin.

There appears to be a political, social, economic and cultural confrontation between Sindhis and Urdu-speaking people and a clash of interests, ideas and attitudes. But the two communities do not have to be permanent enemies. In countries like Pakistan where dictatorship has spawned many evils restoring peace and harmony is an uphill task. Yet, had the MQM not become a favourite with dictators, the democratic process could have led to a phasing out of the differences.

The Urdu-speaking people can simply integrate with the indigenous Sindhis. People from Baloch, Punjabi and Pakhtun ethnicities have long been settling in Sindh and are connected to its interests. But the MQM has always sought to widen the gulf between Sindhis and Urdu-speaking people.

The slogan the MQM-P has again raised shows that the confrontation between Sindhis and Urdu-speaking people is a strategic ploy to hijack the socio-economic and cultural landscape of Sindh. The socio-political environment in Sindh favours meritocracy and competition. The slogan for division of Sindh is raised only to spark hatred. Unfortunately, some of us lack the farsightedness needed to see through the plot.