Top picks for Met Gala 2019: What is your favorite dress?

The Met Gala held on Monday night at the Metropolitan Museum of Art raised an astonishing $15 million which is more than last year’s $13 million figure. Since Daily Times has already covered the most bizarre, we are on to pick our favorite dresses from the fashion parade this year.

Though most celebrities are only matching the theme of the event and when drama is really the theme- we cannot count out dresses for being too over the top, but for today’s list we will pick out the more wearable and aesthetically appealing numbers from the Met Gala 2019. These dresses might not be campy, but certainly our favorites this year!

Deepika Padukone looks like a doll in Zac Posen’s dreamy ball gown. She wore a strapless corset fit top and a layered, architectural skirt with crystals. The pretty pink gown, was styled with a big, bouffant hair do, a dark lip, earrings and a head band. Deepika has attended the Met Gala twice before, but did she stick to the theme all these years? Not really, the Bollywood doll is a rebel when it comes to following themes, but we still love her fashionable choices. 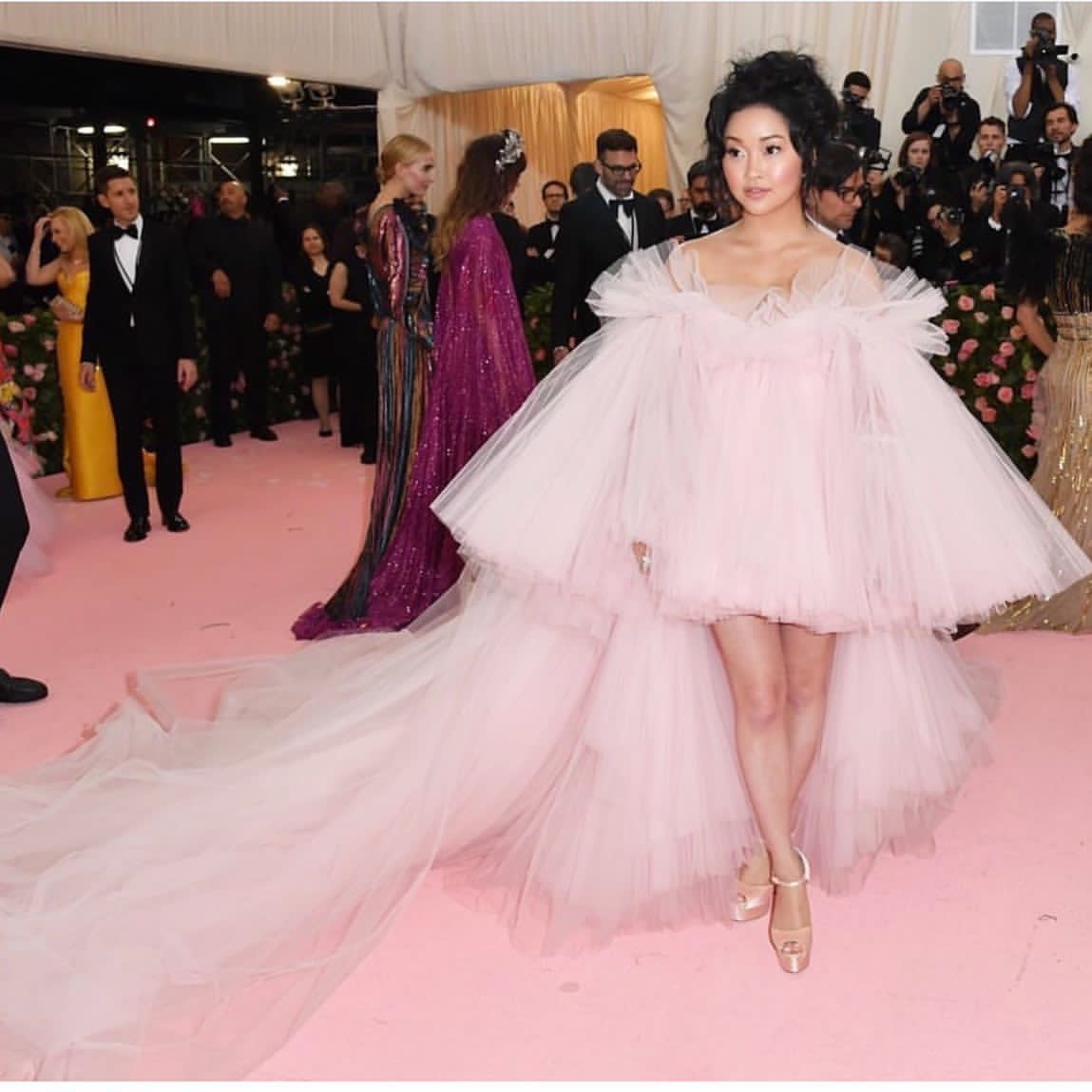 Lana Condor is a Vietnamese-born American actress and dancer, she selected a Giambattista Valli Haute Couture dress with Lark & Berry jewelry-another fashionable tulle dress that has been worn by a number of famous divas including Jennifer Lopez. J.Lo wore the fluffy dress for the premiere of ‘Second Act’- We wish to have this pretty dress, one in every color! 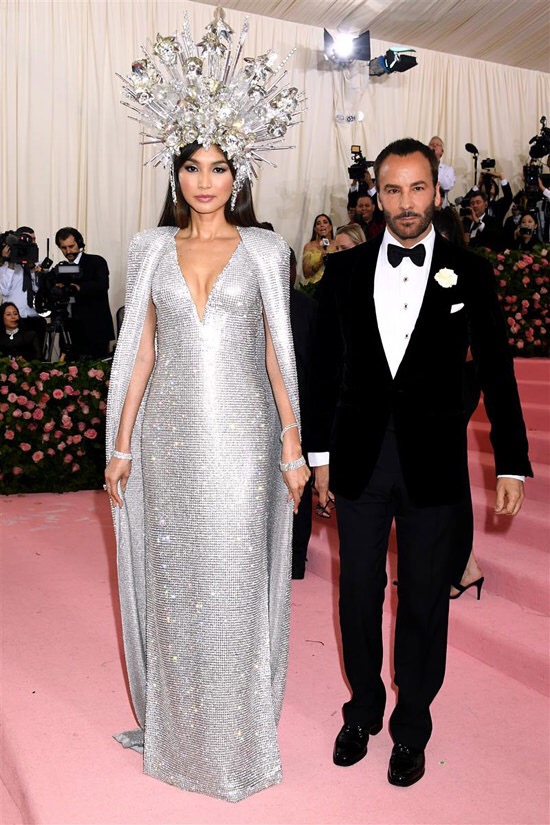 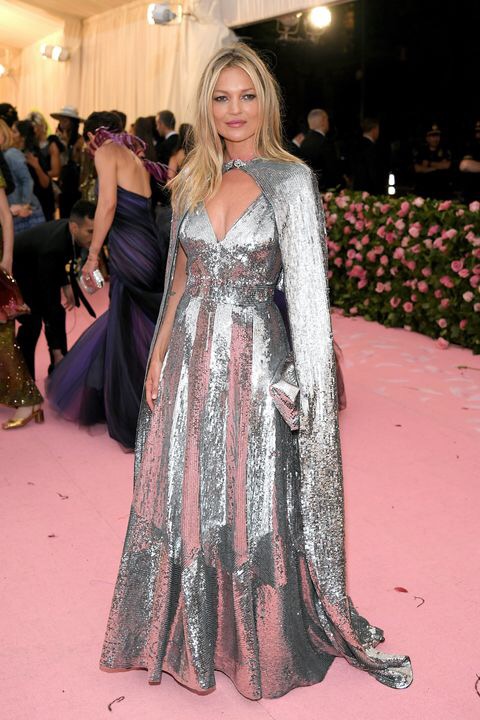 Kate Moss wore Marc Jacobs silver dress with a silver cape to match the grandness of the glamorous dress. This dress is certainly suitable for a super hero!

There was a lot of silver on the ‘Pink carpet’ this year. Gemma Chan wore a very similar outfit by Tom Ford along with a crown by Forevermark jewelry. These super hero, cape dresses also landed in our list of favorites from this year’s fashion parade. 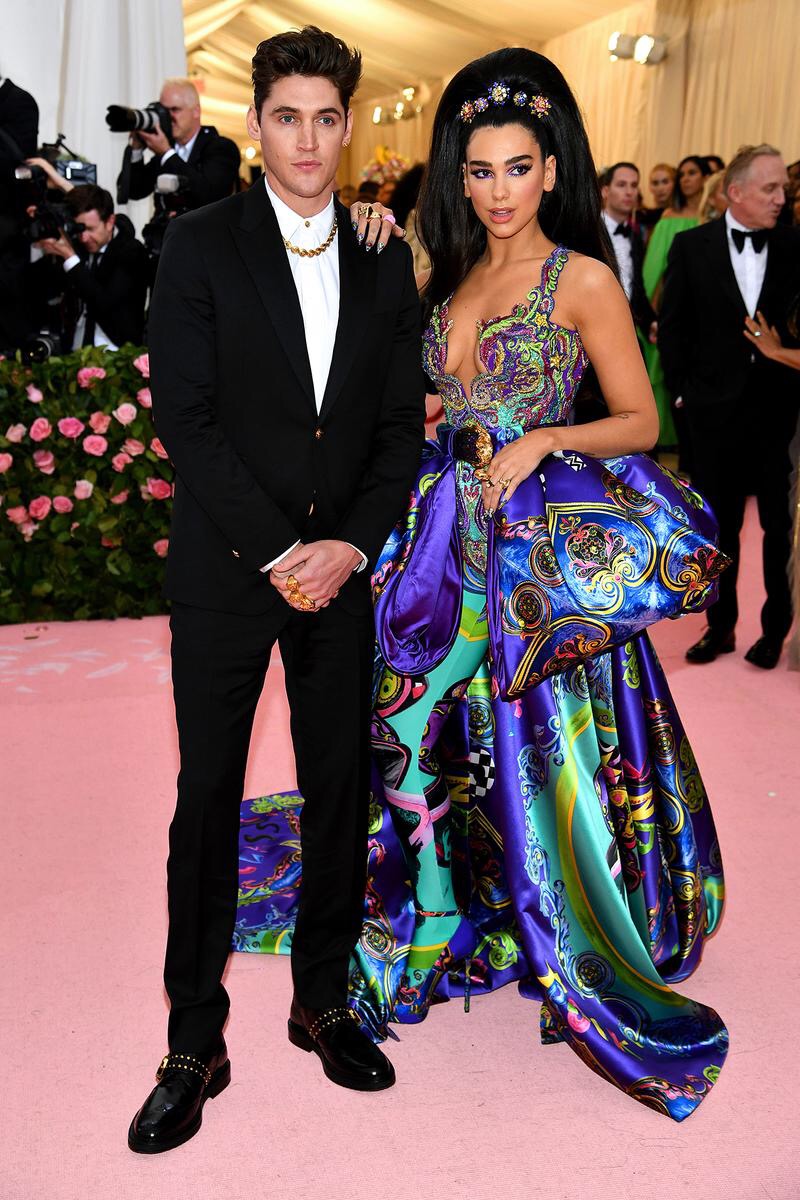 Dua Lipa is a very well dressed singer, she wore a funky-fun Versace design, and the pattern was full of a spectrum of many bright colors that made it look almost holographic. She wore the same hairstyle as Deepika for the event. This might be a bold number, but certainly very appealing to the eyes. 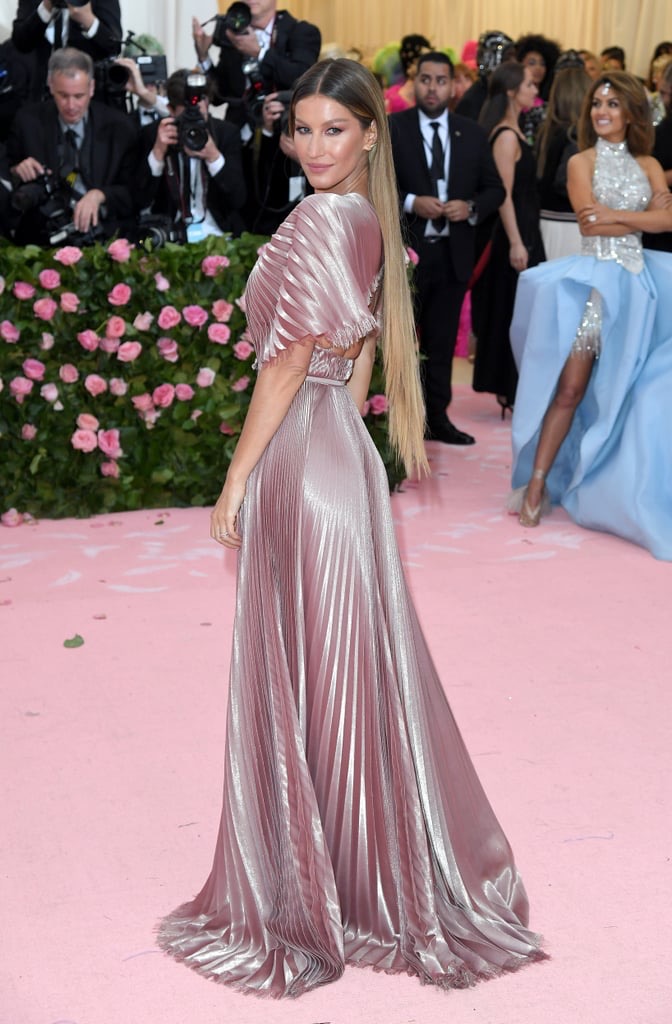 Gisele Bundchen rocked a Dior Haute Couture gown with Âme jewelry and Lynn Ban jewelry-a very wearble and elegant red carpet look. It was made sustainably by her friends over at Dior. She thanked the designer, Maria Grazia Chiuri, and her extensive beauty team for gussying her up for the night. 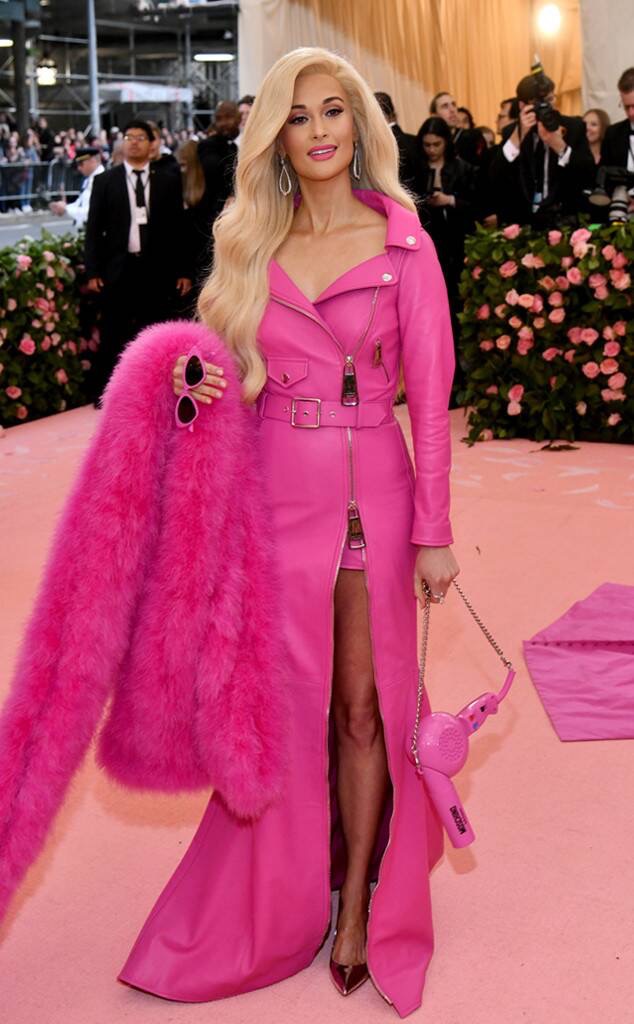 And since this was a theme party, we also loved Kacey Musgraves in Moschino by Jeremy Scott wearing Forevermark jewelry. Kacey made it to the event in a Barbie pink Corvette. The singer looked like a real life Barbie for Met. Pink was another repeated color at the event this year. 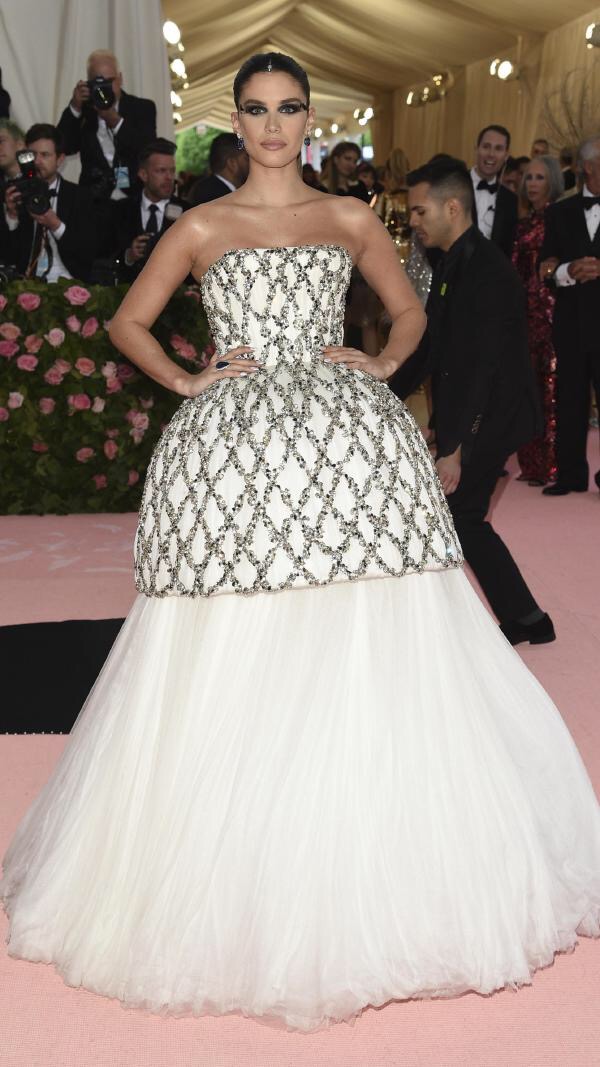 Sara Sampaioa, a Portuguese model and actress attended the Met Gala in August Getty Atelier with a Jimmy Choo bag wearing Lorraine Schwartz jewelry which was a hard to miss assemble. The 27-year-old model looked so pretty in a sparkling, diamond net over a white tulle gown which screamed couture-with a bold smokey eye as she arrived at her first ever Met Gala. 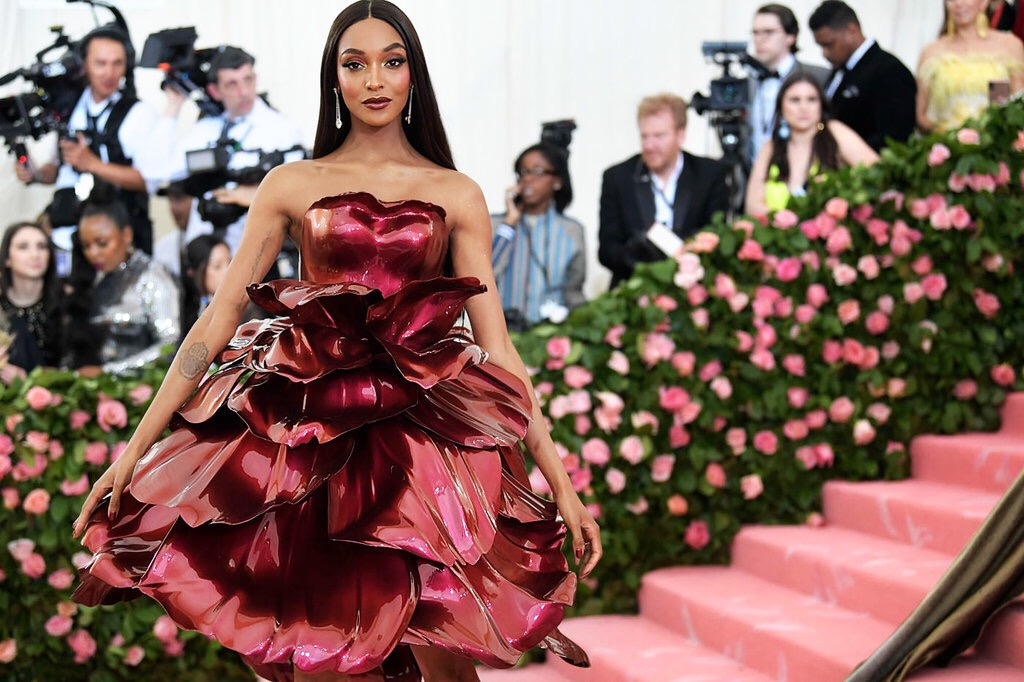 ‘The flower dress’ worn by Jourdan Dunn was another piece of art by Zac Posen. The 30-pound dress had 21 plastic rose petals that were 3-D printed and attached to a wearable titanium cage. The designer is certainly a favorite for many stars, divas and red carpet attendees. 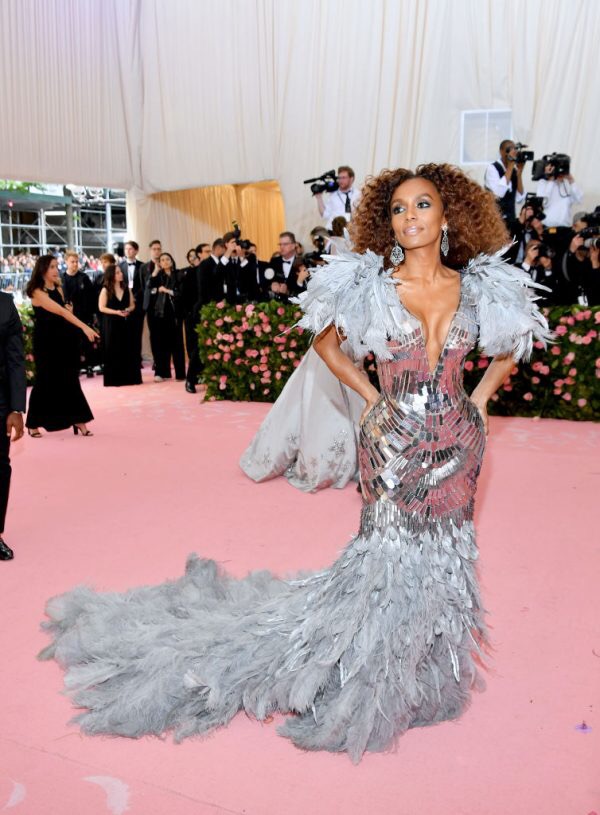 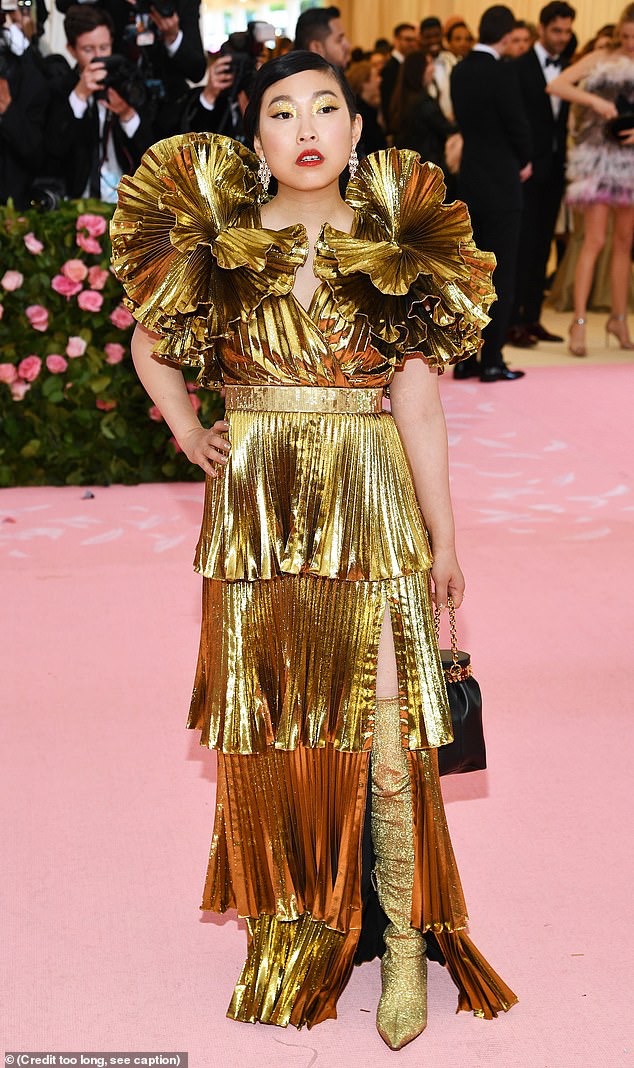 While rapper and actress Awkwafina wore gold Altuzarradress with Bulgari jewelry- a fashionable dress with a frilled shoulder design, joining in the fashion exhibition 2019. 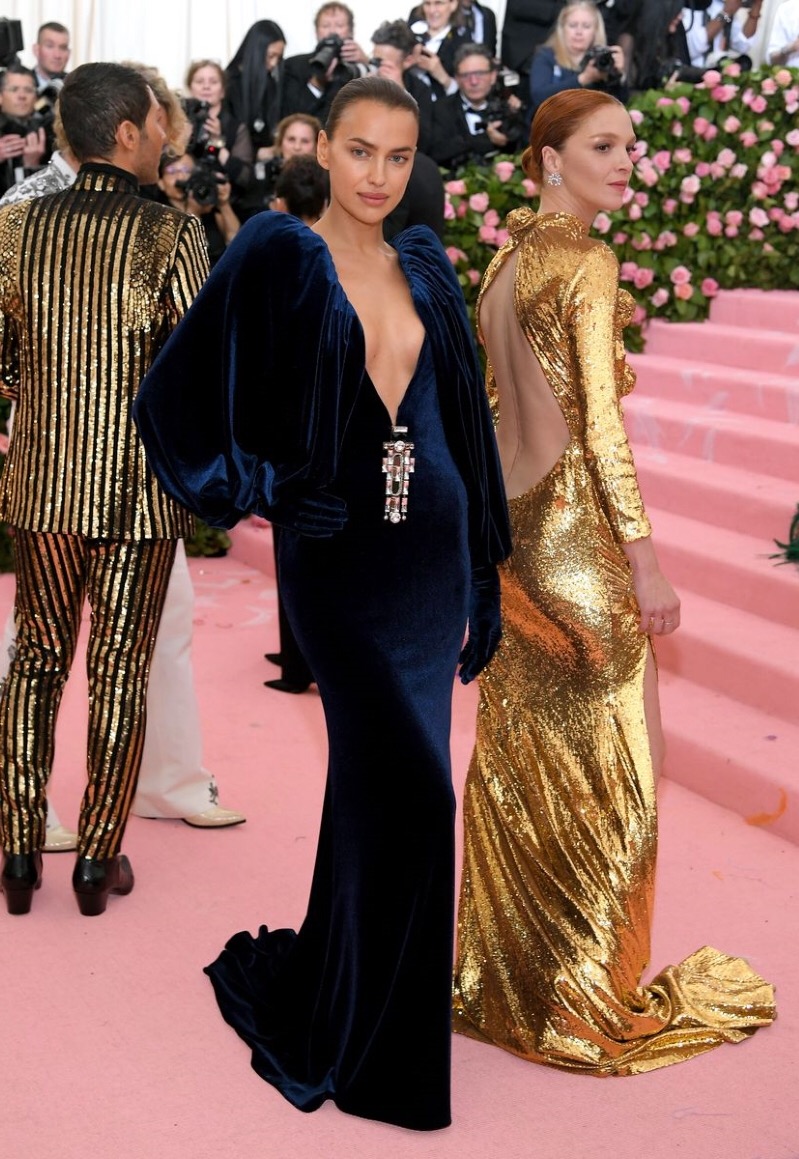 Irina Shayk wore a Burberry velvet gown. The Russian model is always dressed for the occasion, landing in the list of the most ‘well-dressed’ celebs in the industry. This year Irina attended the Met Gala alone as boyfriend Bradley Cooper could not attend the event due to some work conflict. 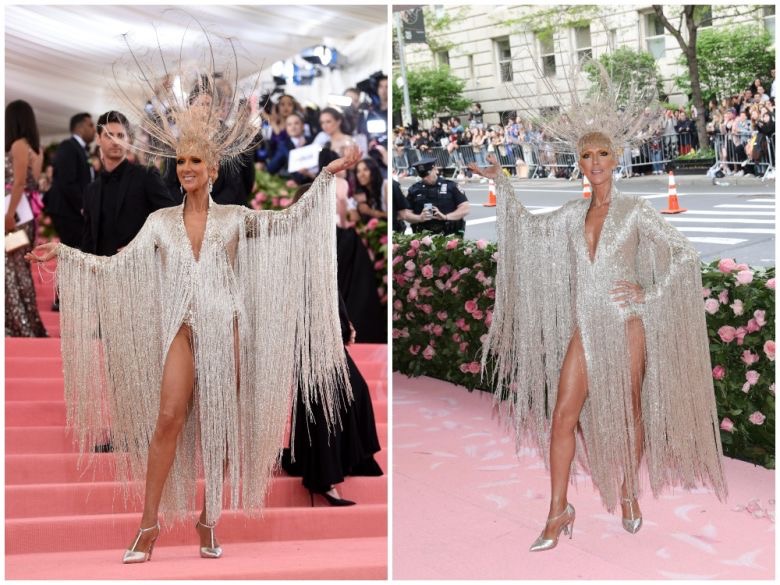 Céline Dion in Oscar de la Renta and custom Chloe Gosselin shoes wearing Fred Leighton jewelry and a Noel Stewart headpiece stole the show. Celine Dion hasn’t been herself- her spirits are high and the singer feels younger than ever before. Celine’s new found confidence is very evident through her recent appearances and choices.

Which dress has been your favorite from this year’s Met Gala exhibition? 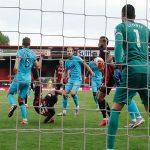 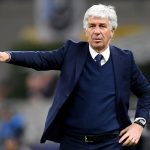 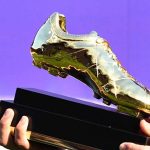