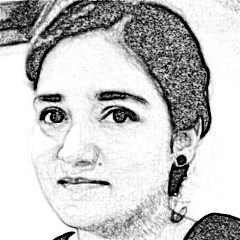 When push comes to shove

As peace talks in Afghanistan gain momentum, the Taliban have announced the beginning of their spring offensive last week. In developments that followed, as Afghan Taliban and the US representative have somehow established an understanding regarding withdrawal of troops and counter-terrorism, the parties were expected to enter the second phase of the peace talks. As reported, the second phase would have its primary focus on intra-Afghan dialogue. This area is considered a challenge to the peace talks. A possible end of the deadlock among Afghan factions is regarded as the key to the success of peace talks at the moment.

In recent months, the US has come steps forward which seem quite desperate on its role as a global power. In fact, it stands relevant to the entire West which is no longer in a mood to fight this war. In order to facilitate peace talks between Taliban’s senior leadership and the US, the United Nations has lifted travel bans on 11 of their senior leaders. Not exactly on knees but such moves speak very well of the transitioning interests of powers in Afghanistan. These announcements does impart necessary momentum to the talks however it seems that given a lot of differences and internal clashes, fighting is likely to intensify all over the country.

In an interview to Al-Jazeera America, Afghanistan’s Chief Executive Abdullah Abdullah has said, “If [the] Taliban give up fighting and violence and sever their links with the terrorist groups and turn themselves into a political entity and fight for their cause politically and join the political process, the people of Afghanistan will be ready to accept that.” This statement conditions peace and set demands irrespective of that fact the government and its offices are powerless or at least not in the position to set the terms.

One thing people would find common in Zalmay Khalilzad’s recent tweets is the iteration that “US stands with Afghan people.” Afghan people simply aspire for peace and stability which is impossible in given situation of discord among stakeholders

In another instance, Mr. Abdullah Abdullah, Mr. Ghani’s coalition partner, has threatened to boycott the Grand Council of Elders that President Ghani has called to discuss peace in country. As shared by senior government officials, “Mr. Abdullah and several other politicians challenging Mr. Ghani for the presidency, in elections scheduled for September fear that Mr. Ghani will use the forum to advance his campaign.” Such has been the contestation among factions (primarily Pashtuns and Non-Pashtuns) at the governmental level; the intensity at ground level could be left to the general imagination.

The problem does not end here. As Khalilzad advises the Afghan leadership to work on Intra-Afghan dialogue if Afghanistan wants to have a peaceful and inclusive future, President Ghani’s NSA has accused the US Special Envoy of “delegitimizing” the Afghan government by ignoring it from peace talks with the Taliban and acting like a “viceroy.” In response, the US has stopped dealing with President Ghani advisor which remains to be the key most important designation and stakeholder in the process.

The brief account of recent statements and activities in Afghanistan bring up two clear positions of discord, completely inharmonious to peace efforts i.e. i) the devoid gap between Taliban and Government and ii) the US peace initiative has over-empowered the Taliban making them talk from position of strength. This situation leaves alone the government (divided by perceptions and affiliations) on a very compromising end with little in hand to maintain its demeanor as one vital pillar of state.

One thing people would find common in Zalmay Khalilzad’s recent tweets is the iteration that “US stands with Afghan people.” Afghan people simply aspire for peace and stability which is impossible in given situation of discord among stakeholders. At this point, it does not even matter that what regional and global power aim to see or desire to happen in Afghanistan but the end state of Afghanistan’s internal dynamics. For last two decades, if it was international community that mattered, it is now altogether the people of Afghanistan and the direction they chose. In the last two decades, whereby internal differences took a high position, the state structure has got severely compromised. Talking to one party and ignoring other would not work for peace even in the longer run. This time, if it’s Taliban, it was the Government in the past. ‘One preferred over the other’, has remained to be a policy of past. The well-publicized “change of policy” is a cliché here. This government had US’ faith and confidence when it was put in place, how come it lost the essence in entirety, legitimizing the very actors, the invading power once understood as illegal ones now?

The resolution of Afghan situation through peace talks – which largely remains face-saving given the span of occupation – the US has to take along Government and warring factions along or the ultimate chaos will continue to prevail.