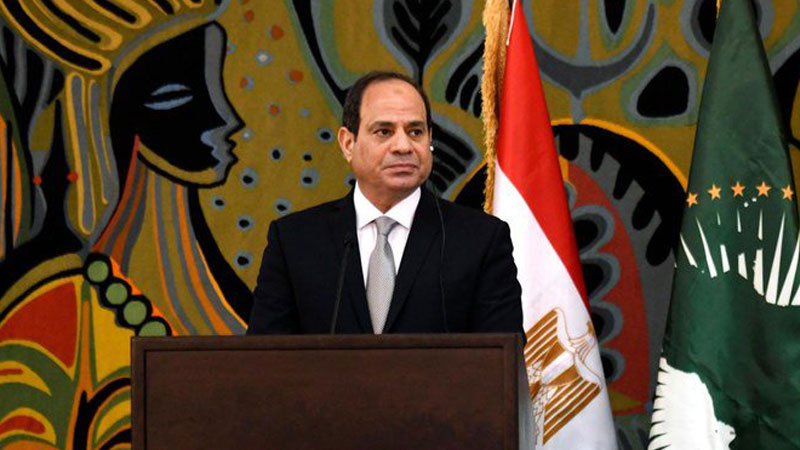 Egypt’s parliament, packed with loyalists of President Abdel Fattah El-Sisi, is to vote Tuesday on changes to the constitution that could keep the former military chief in power until 2030.

The proposed amendments were initially introduced in February by a parliamentary bloc supportive of El-Sisi and updated this week after several rounds of parliamentary debates.

It includes changing Article 140 of the constitution to allow the Egyptian president to extend his current four-year term, which ends in 2022, by two years.

A further change would permit El-Sisi to stand for another six-year term and potentially remain president until 2030.

He won his first term as president in 2014 and was re-elected in March 2018 with more than 97 percent of the vote, after standing virtually unopposed.

His government has been widely criticized by human rights groups for the repression of political opponents.

But Mohamed Abu-Hamed, one of the members of parliament who pushed for constitutional amendments to keep El-Sisi in power, is adamant that the changes are a must.

“The constitution in 2014 was written under tough exceptional circumstances,” he said.

He hailed El-Sisi as a president who “took important political, economic and security measures … (and) must continue with his reforms,” in the face of the unrest gripping neighboring countries following the toppling of veteran president Omar Al-Bashir in Sudan and the escalation of the conflict in Libya.

Keeping El-Sisi in power, he added, reflects “the will of the people.”