* Cage was 78 when he made the audacious but quiet New River Rocks & Smoke, a scroll painted with earth, water, fire and air on paper that measures more than 8-by-32 feet 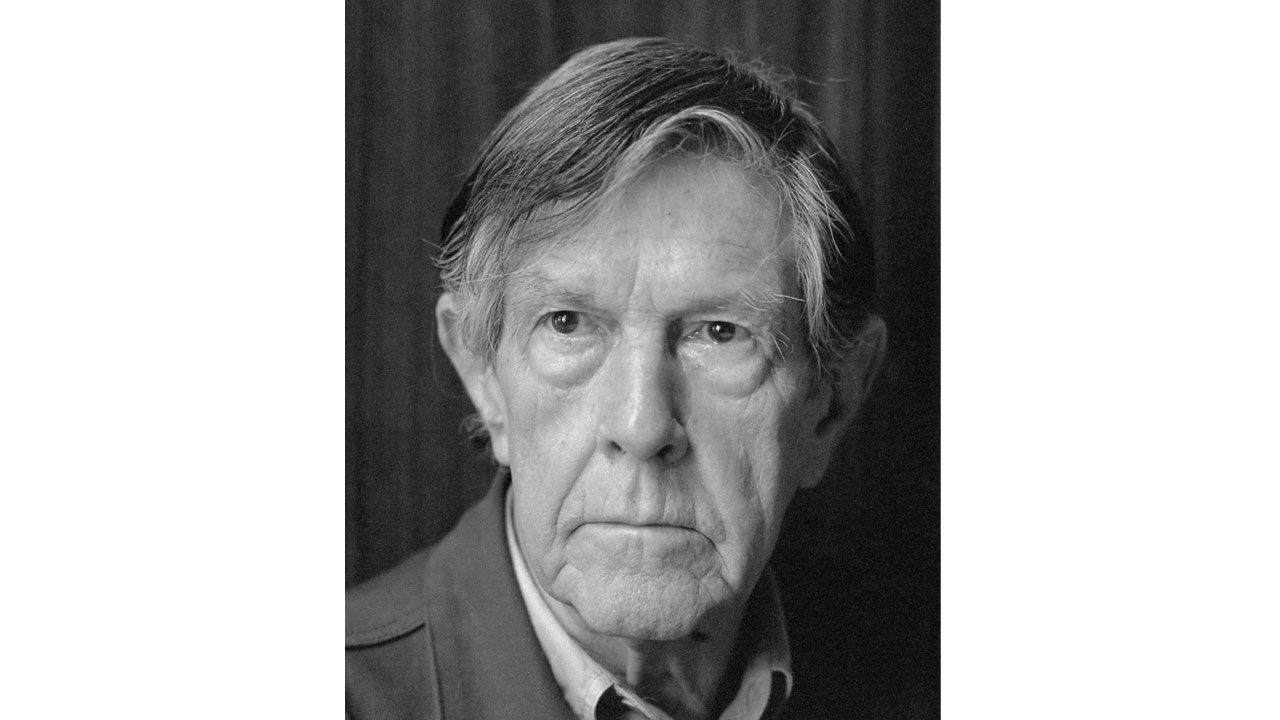 “There is no end to life,” John Cage wrote in 1990, two years before he died. John Cage, one of the 20th Century’s most inventive composers, devoted his music to silence and created confounding scores using “chance operations” from the “I Ching.” He also wrote beautifully; and late in life he applied his chance methods to visual art.

Cage was 78 when he made the audacious but oh-so-quiet “New River Rocks & Smoke,” a scroll painted with earth, water, fire and air on paper that measures more than 8-by-32 feet. The Menil Collection has owned the masterpiece 22 years but is only now displaying it for the first time.

Cage made the monumental scroll with help from six assistants at Mountain Lake Workshop in Giles County, Virginia, exposing the dampened scroll in eight sections over an open fire to create the top portion with soot before applying the bottom imagery – watercolour strokes with feather brushes, traced around rocks from the nearby New River.

As was his way, he used computer-animated coin tosses to determine each rock element’s colour, placement and brush width, so that no aspect of the piece would be structured or intentional.

Of course, viewers can see all kinds of things in “New River Rocks and Smoke.”

I initially saw it as a musical staff with a base clef of fat, misshapen, hollow notes scattered by wind below a whispy, ochre-coloured treble clef. The museum’s gallery brochure mentions that the scroll recalls a famous dry rock garden Cage loved in Kyoto, Japan; and that he saw the rocks as a metaphor for small people in a giant world.

The artist once wrote that he made “New River Rocks and Smoke” to understand how another artist, Mark Tobey, achieved an artwork Cage appreciated.

Sitting in the gallery recently, I also came to think of the rock outlines as people facing a void – maybe even reflecting those of us sitting there on a bench as we pondered the immense scroll, breathing in both the captured time and the timelessness of Cage’s rare air.