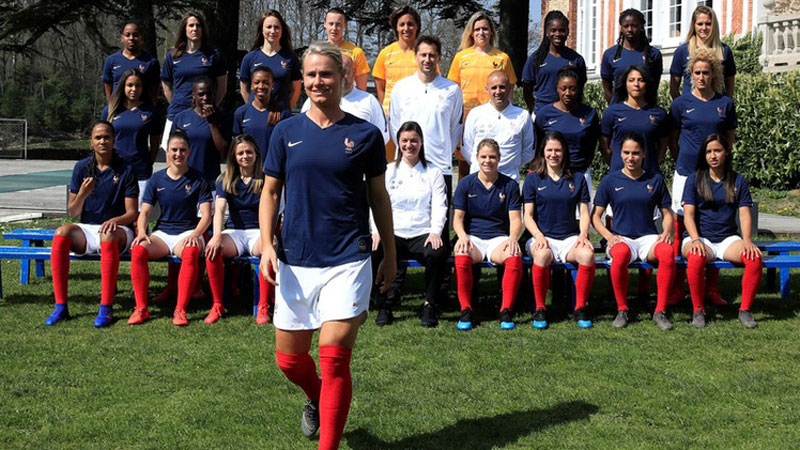 Women’s soccer has been developing rapidly in France but Frenchwomen do not believe they are in a position to ask for the same financial treatment as the men even though their American counterparts have filed an equal pay lawsuit. France, fourth in the FIFA women’s world rankings, are among the favourites for this year’s World Cup on home soil, but they are still trailing the U.S., the three-times world champions. “The guys have a huge exposure, they have results and a lot of people following them,” 21-year-old midfielder Grace Geyoro said on Tuesday ahead of a friendly game against Japan. While the U.S. men’s team failed to qualify for last year’s World Cup, Didier Deschamps’s French side emerged triumphant in Russia.

“The bonuses will depend on our performances, on how things are going to pan out, on what kind of exposure we will get,” added Geyoro. “We would like to get a little bit more. Maybe not as much as the men but a bit more would be great,” striker Valerie Gauvin, who plays at Montpellier, said. The 22-year-old is hoping that the World Cup will boost the sport’s visibility and consequently, its financial attractiveness. “I hope it won’t take too long even if it has been going in the right direction and maybe after this summer things will evolve faster and the World Cup will draw more media and more sponsors.” Deschamps’s men earned 300,000 euros (257,556.71 pounds) each after beating Croatia in the 2018 World Cup final and French media reported that the women will receive a 15,000-euro bonus each if they lift the trophy in Lyon on July 7. Paris St Germain player Geyoro explained that women’s soccer has a higher profile in the U.S. due to the team’s success at multiple World Cups. One of the ways to increase exposure to the media and the fans would be for women to play in the same stadiums as the men. Last week, 39,000 supporters turned up for a women’s game between Juventus and Fiorentina at Turin’s Allianz Stadium.