Better sense must prevail on Kabuls side

Pakistan’s generous and kind-hearted approach towards Afghanistan, as well as its Afghan brethren, has been recognised worldwide. But ironically enough, the world has not done enough to help Pakistan come out of the refugees’ burden. Instead, Pakistan has suffered the most because of housing the Afghan refugees. Now after four decades of the Afghan war, these refugees have not gone back to their country, which has made Pakistan’s security a complex.

Many say Pakistan deliberately poked its nose in the Afghan War without any reason, only in line with its loyalty to the United States of America. The USSR had a grand plan to reach warm waters, which its Cold War rival, USA, wanted to thwart out. Before Pakistan going to be sandwiched, the Reds could have meted out similar treatment with Pakistan which they were doing in Afghanistan. The Afghan mujahideen offered stiff resistance because of the complex, rugged mountainous terrains. Had there been a terrain like that of Pakistan, resistance could have been difficult. So it was not only the war for the USA but was the question of Pakistan’s survival too. Blocking the Russians on Afghanistan’s territory demanded wisdom. Besides, according to Allama Iqbal’s vision of love and affection, Pakistani people were greatly pained over the miseries of their war-battered Afghan brethren.

However, while laying down the contours of this war, Pakistani strategists might have made some serious mistakes, like that of handling the Afghan refugees. But many of the steps taken were under unavoidable circumstances and out of sheer love for the Afghan brethren who were forced to seek refuge in Pakistan. They were no less than five million in total. The people of Pakistan were generous enough to have wide opened their doors, share their homes and premises to accommodate the Afghan families. They shared not only their own bread, but also businesses, which affected the hosts with the passage of time. Such a sheer love carried with it more curse than benefits. With the refugees came the enemy agents and those who had been doing illegal trades of drugs, opium and smuggling. The refugees introduced the so-called Kalashnikov culture, which has damaged the fabric of Pakistani society.

Ever since the Cold War, the Afghan War, the Taliban or the post-Taliban eras, Pakistan has been playing a pivotal role, directly or indirectly, towards resolving the Afghan imbroglio. Pakistan hosted the five million refugees; it is continuously hosting over three million Afghan refugees, who after three to four decades, have now been integrated into Pakistani societies as well as all kind of business activity. Islamabad brokered and conducted a number of peace summits inside and outside the country. It is a clear sign of commitment and sincerity that Pakistan exhibited during the last four or five decades. In return, Pakistan has sustained grave consequences, both regionally and globally. It is now facing discouraging blame game on the part of the Kabul government.

The fact remains that Pakistan’s generous accommodation of more than three million Afghan refugees for the longest duration is the example of Pakistan’s contribution towards bringing peace in the region. Obviously, this has had consequences: Pakistan has gone financially weak and culturally fragmented. It is continuously facing the simmering security situations. Pakistan army’s around 200,000 troops have been engaged in guarding the western borders, undertake military operations, and maintain law and order situations within various parts of the country. The country has suffered massive losses in terms of men and material, infrastructure and property.

As a policy, Pakistan desires a peaceful, prosperous and progressing Afghanistan, and considers it as essential to its economic and overall development. This desire for peace in Afghanistan has continuously been demonstrated by successive governments, military leaderships, as well as the people of Pakistan at all levels. Hence it is absurd to propagate that Pakistan in not interested in peace returning to Afghanistan. Vested interests and intriguing propaganda may tell a different story, but the statistics do not tell a lie. Pakistan is undoubtedly the biggest Muslim donor country which is contributing generously to financing the socioeconomic uplift of Afghanistan. Pakistan has so far spent over $385 million for development, education and infrastructure building in Afghanistan. Nawaz Sharif’s government has added the huge over $500 million more to this list.

Afghan citizens are allowed to avail medical, education, business and another social service in Pakistan, not as an alien or immigrant, but at par with the Pakistani citizens. Over 35,000 Afghans have graduated from various Pakistani universities and colleges during the last many years. Today they form the backbone of state and private owned services of Afghanistan. At present over 50,000 Afghan students are enrolled in various Pakistani schools, colleges and universities. Pakistan has funded different educational institutions inside Afghanistan such as Allama Iqbal Faculty of Arts — Kabul University, Sir Syed Post Graduate Faculty of Sciences — Nangarhar University, Liaquat Ali Khan Engineering University — Bulkh, Rehman Baba School — Kabul, and Reshma Baba Hostel — Kabul.

Pakistan has helped the Afghan governments in developmental projects and in building roads infrastructure, including the 75km-long Torkham-Jalalabad Road, the additional carriage was on Torkham-Jalalabad, three internal roads in Jalalabad, the digital radio link between Kabul and Peshawar. In addition, Pakistan has also given around 100 public transport buses and 200 trucks to the Government of Afghanistan to the welfare of Afghan public.

Pakistan’s bonhomie with the Afghan people is not new, neither reciprocal. The return is highly discouraging and disparaging. The people of Afghanistan might have never lost their trust because they are direct beneficiaries. However, the very few ratio of the Afghan population, especially those including Northern Alliance or people residing in the northern part of Afghanistan has developed a planted grudge against Pakistan, since the time of Ahmed Shah Massoud.

They are the people who are mostly dominating the sitting government in Kabul, who are being instigated and intrigued by the strong Indian lobby present in Afghanistan. Earlier Hamid Karzai had been spitting venom against Pakistan, and now President Ashraf Ghani is singing the tune of Indians. The propaganda is so serious and coordinated that the Pakistanis visiting the Afghan capital feel the heat and hatred directly. Somebody has to stop it. Pakistan’s various measures are proof enough to its resolve for solving the long pending imbroglio without interference from any foreign country, but this fact is not being recognised and reciprocated from the Afghan side. Better sense must prevail.

The writer is a Peshawar-based freelance columnist 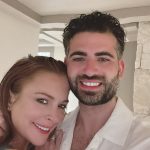 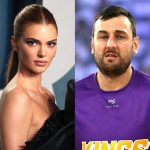