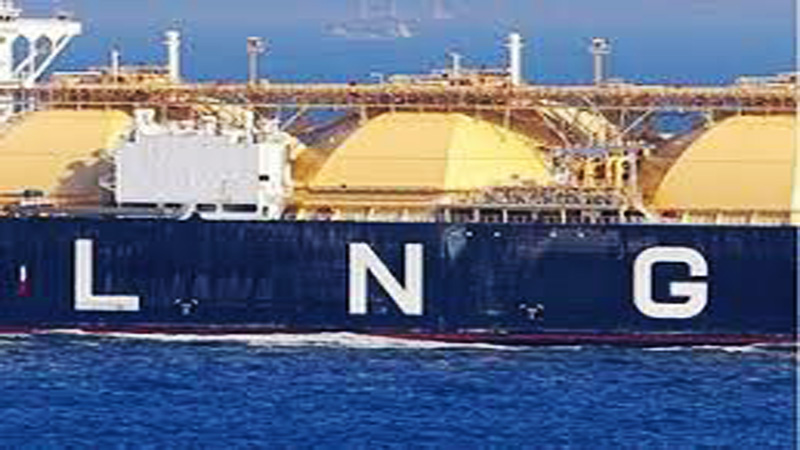 The audience of a public hearing were informed on Thursday that the project of third LNG terminal in the country would be built and operated in Port Qasim area of Karachi in 100 per cent compliance of the requirements of all the concerned federal and provincial regulatory agencies especially those which deals with environmental protection.

The information to this effect was passed on to the audience of the public hearing held here at a hotel on Environmental and Social Impact Assessment Report for Integrated LNG Terminal Project at Chhan Wddo/Chaara Creek, Port Qasim, Karachi to be developed by the Tabeer Energy Private Ltd.

The audience were also informed that the proposed third LNG terminal project of 750 MMCFD gas handling and processing facility would be first project of its kind that would obtain a No-objection certificate from the Sindh Forest Department that will only be issued after fulfillment of all commitments regarding mangrove afforestation near the project’s site.

It was also informed on the occasion that the Tabeer LNG terminal would also become the first project in the province, which would work with Sindh Fisheries Department for rehabilitation and restoration of livelihood facilities of the fishermen communities living in the surroundings of the project.

All these socio-economic support and rehabilitation activities for poor fishermen would be carried out by the proponents of the project as part of its commitments related to the cause of corporate social responsibility. The fishermen of the Rehri Goth would be among the beneficiaries of the CSR-related work of the project.

It was also informed on the occasion that the upcoming LNG terminal would use the mechanism of Floating Storage and Re-gasification Unit (FRSU) for a ship-to-ship transfer of the Liquefied Natural Gas.

The proponents of the project informed the audience that at present there were around 30 FRSU-based LNG terminals around the world. The FSRU mechanism was being used the world over for last 17 to 18 years with approximately 1500 such operations of LNG transfer being taking place in a year. Till present day, there has been no accident or disaster so far occurred anywhere in the world as far as operations of FSRU-based LNG terminals are concerned.

The proponents of the project informed the hearing that LNG was also considered as the safest and secured petro-carbon molecule around the world that had negligible or no tendency at all to cause pollution in the surrounding land, air, and water resources.

Saquib Ejaz Hussain, the Team Leader of the environmental consultant of the project, informed audience of the hearing that construction of the Tabeer LNG terminal would also comply with the proposed Sindh Climate Change Policy, which was yet to be properly notified as only draft of the policy had been shared with the concerned stakeholders for consultation.

He said that Carbon dioxide emissions from the LNG terminal project would be around 9.4632 tons whereas the draft provincial Climate Change Policy allowed such emissions up to the level of 100,000 tons.

He said that mangrove plants would be fallen on approximately nine hectares area due to development of the LNG project whereas the proponents of the project had given the firm commitment to plant mangroves on 1,000 hectares areas near the project’s site.

He said that site of the project had been chosen in such a manner that upcoming LNG terminal would not cause any sort of hindrance in the smooth operations of the Port Qasim including regular movement of the merchant ships through regular port channels.

He said that nearby human settlement was situated at a safe distance of approximately 10 kilometres from site of the project.

Riaz Wagan, Chief Conservator of Sindh Forest Department, said that NOC of the forest department was fully dependent upon due fulfillment of the condition of mangrove afforestation on 1,000 hectares area by the proponent of the LNG terminal.

He said that proponent of the project had also given the firm commitment to take care of these mangrove plants for ten years for their proper nurturing and growth.

Director General Sindh Environmental Protection Agency (SEPA) Naeem Ahmed Mughal, who chaired the proceedings of the public hearing, said that the SEPA would continue monitoring of the project at different stages of its execution and operation so to prevent any harmful effect on the environment.

He said that teams of the SEPA would be mobilized to the site of the project to check and verify that construction and execution of the project would not cause any harm to the surrounding environment.

He directed the Port Qasim Authority to provide to SEPA at the earliest the report of study of the accumulative environmental impacts of all the industrial and energy projects being established in its jurisdiction.

He said that the PQA should also share with the SEPA a copy of the master plan of the Port Qasim area so as to determine the extent and scope of industrial and port-related development to be carried by the authority in future.