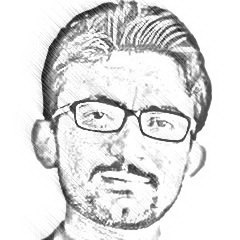 According to the United Nations, the world has specifically been celebrating March 8, as International Women Day since 1975; however, in most parts of Pakistan, it’s not an old phenomena where most people have generated interest in this day after the emergence of social media and its widespread usage in our part of the world. According to the UN,”[Its] a day when women are recognized for their achievements without regard to divisions, whether national, ethnic, linguistic, cultural, economic or political”. Accordingly, across the country, Civil Society gatherings, walks, marches, seminars, corner meetings and women awareness campaigns are held supported by trends, celebration and praises for women and girls on social media. Thus, every year March 8 breaks with a positive recognition of women and their existence, and likewise, it ends with the messages of thanking women for their role in the life of men and society.

However, apart from these celebrations, this day also reveals the hypocritical face of our society and men around the country. There are various examples of men who indulged in physical and psychological abuse, molestation, and assaults on women on a daily basis, share pious messages on social media and write empathic status updates. Most of these men are in some way or other have deprived a woman of her basic rights ensured by a social contract, religion and even her birth as a human. Similarly, these self-proclaimed conscious beings have also killed, raped, and strangled women when she failed to protect his honour and prestige. Being the sole guardian of a man and his family’s respect and honour, a woman would have to surrender her right to live whenever she compromised this guardianship, and this could be breached by even talking to an unknown man. I call them hypocrites as they would continue to suppress a woman even after projecting themselves as pious beings. Hence, every one of us, including this author, are hypocrites who shared women-centric messages on March 8, but continue to consciously or sub-consciously consider women as inferiors and suppress women through largely accepted norms of this hypocritical and patriarchal society.

A woman has to be the epitome of perfection and the definition of this perfection varies from society to society. However, despite our claims of multiculturalism, in most parts of our country, when it comes to women and society we share a broad agreement on social values and suddenly become a homogeneous society. A woman in our society is respected only if wrapped in multi-folded clothes; considered to be dignified if she talks only to acquaintances; to be educated only when she respects the patriarchal structure of this society; pious only if she does not come out of four walls of her house, ethical when her voice is not heard by any unknown man; worthy of honour only when she guards the honour of her last name; politically and socially accepted only when she considers herself inferior to man; praised only for giving birth to a male progeny and lastly given the right to live and cherish life only when she does not compromise on family honour, does not prompt the lust of the men around her, does not rebel against the decisions of father, husband, brother and friends, and lastly does not say no to a love or marriage proposal.

Thus, March 8 also marks our social hypocrisy when we as a society celebrate the day without introspection. Our social hypocrisy is further evident by the fact that we consider Malala an agent of Jews and the West conspiring against Pakistan and celebrated the killing of Qandeel Baloch.

Either it was a mere coincidence or a matter of fortune that this year March 8 was preceded by two developments in prominent cases, where Pakistani women from traditional society were killed for allegedly compromising on family honour. One was the notorious case from Kohistan, where five innocent female souls were killed in 2012 in Kohistan for chuckling and clapping amid two boys and the other case was of Ambreen, another 15 years old girl, whom was killed and later burnt in Abbottabad in 2016, allegedly on charges of helping her female friend elope with a male friend.

Both cases witnessed developments, as Afzal Kohistani, the sole whistleblower of this honor killing and fighting forces against the killing in Kohistan was killed on March 6, and similarly, all culprits arrested in the case of Ambreen’s killing were led to walk free from an anti-terrorist court on February 22, 2019 on the basis of missing evidences. This gloomy picture is a perfect manifestation of our hypocritical statecraft, which celebrates the day by recognising the existence of women but deprives them of legal and social rights.

A further glance at our records regarding our claims of equality would manifest our depressed society. Recently, Pakistan was declared as the second worst country in the world in terms of gender parity, ranking 148 out of 149 countries in the ‘Global Gender Gap Index 2018’ report released by the World Economic Forum (WEF). Similarly in 22.84 million out of children schools in Pakistan, More girls are out of school than boys. In primary to higher secondary level, 49pc of the population of girls were out of school compared to 40pc of the population of boys. Similarly, according to a United Nations Development Program, report only one out of five women in Pakistan are part of labor force despite a population of 101.31m. Likewise, according to Human Rights Watch report of 2019, there are about 1,000 honor killings every year, 21% of girls in Pakistan marry before the age of 18, and 3 percent marrying before age 15, 77 girls and were raped or sexually assaulted in the first half of 2018.

Given the reality and facts of our society, we are remain hypocrite as individuals, society and as a state. Thus we as a nation have failed to respect, accept, cherish, celebrate, applause, praise and honor half of our population. Let’s pledge to be more realistic on the next 8th of March, with better sense of reality and improved facts.

The writer is a freelance researcher from Balochistan