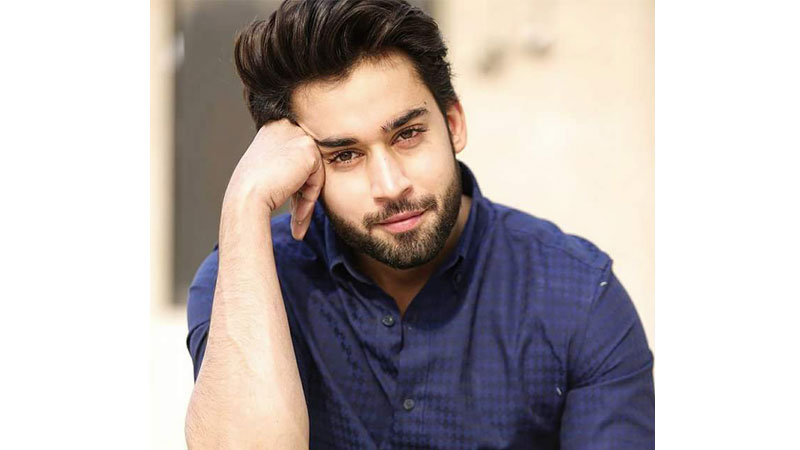 Bilal Abbas Khan will be playing the lead role in a patriotic telefilm ‘Laal’ that is set to release on March 23, a local TV channel reports. The film will show Khan playing the role of a Navy officer. ‘Laal’ has been written by Umera Ahmed and is directed by Haseeb Hassan.

While talking about his role, Khan said, “I don’t want to keep doing similar characters and with each project test myself as an actor.

“‘Laal’ is a completely new experience and the character I am playing, Behram, is a sophisticated, patriotic guy with a dream to serve in the navy and will do anything for his country. He becomes a naval officer,” he said, adding that the telefilm has a powerful message.

“I’m very excited to play this role because it’s a tribute to the Pakistan Navy, and I honestly couldn’t be more proud of what we’re trying to make here,” the actor stated.

‘I’m very excited to play this role because it’s a tribute to the Pakistan Navy and I honestly couldn’t be more proud of what we’re trying to make here,’ Khan stated

In a very short acting career, Khan has delivered back to back blockbusters, including ‘O Rangreza’, ‘Balaa’ and the current on air sensation, ‘Cheekh’.

The film opened to a good response on the first day of its release and managed to collect Rs 1.79 crore despite massive clash at the local box office. The film also collected Rs 34 lac Internationally, taking its first day total collection to Rs 2.132 crores.

Despite commercial success ‘PHJ’ got a mixed response from film critics for having major problems script-wise. However, the film was praised for strong aesthetics and some memorable acting performances.