Priyanka Chopra And Nick Jonas Had Another Wedding Reception 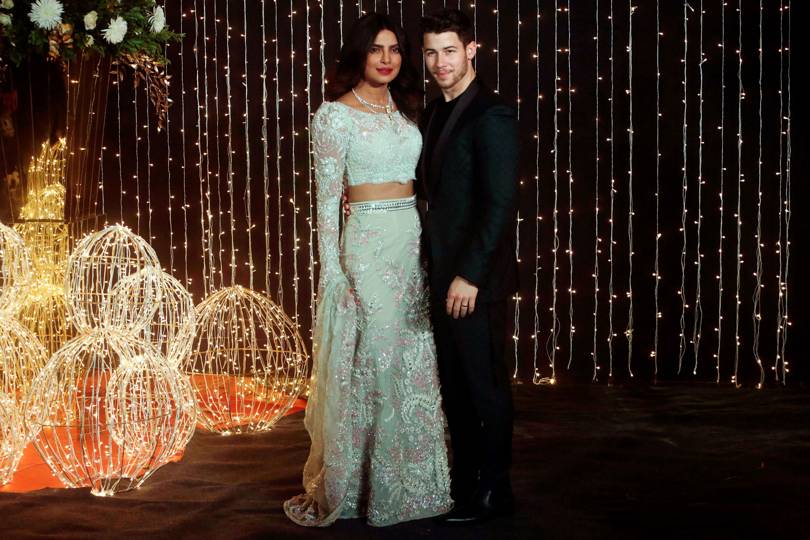 The wedding festivities just keep on coming for Priyanka Chopra and Nick Jonas. This weekend, the couple held a wedding reception in Charlotte, North Carolina. Unlike their Indian nuptials – which saw Chopra wear a custom red lehenga by Sabyasachi and a Swarovski crystal-adorned dress by Ralph Lauren with a 75-foot long veil – this one was decidedly more low-key.

The celebration was held at Nellie’s Southern Kitchen, a restaurant owned and operated by the Jonas family. The menu, which includes southern comfort food like chicken and dumplings, meatloaf and fried catfish, was inspired by recipes from Nick’s great grandmother, Nellie Jonas, who passed away in 2011.

“Fam jam,” Chopra captioned an Instagram from the event, in which she also thanked Jonas’s parents for hosting. “We love you! This was amazing.”

Priyanka wore a white dress for the occasion, whereas Nick opted for a hunter-green button-down shirt.

Social media posts showed the reception had a dessert bar complete with mini pies and a three tiered wedding cake topped with flowers. As for entertainment, a video shows Joe Jonas performing his band’s hit song, “Cake by the Ocean.”