CPEC is of vital importance for Pakistan’s economic development: FM 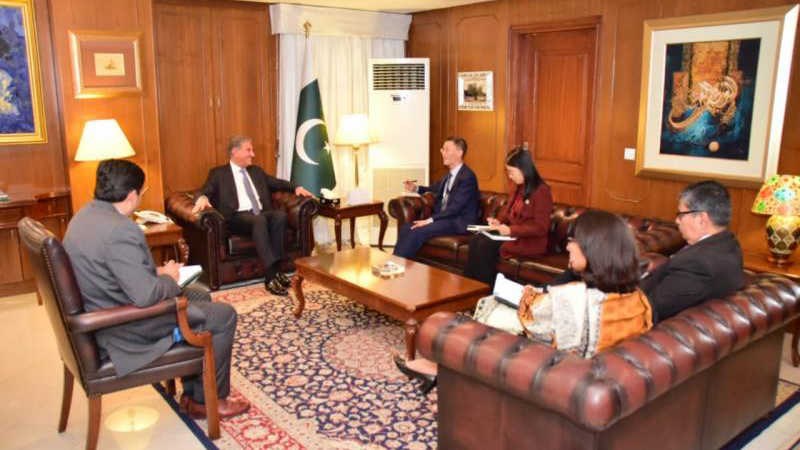 Foreign Minister Shah Mehmood Qureshi said on Monday that the China Pakistan Economic Corridor (CPEC) project is of vital importance for the economic development of Pakistan.

He stated this during a talk with Chinese Ambassador Yao Jing who called on him and discussed bilateral relations including progress on CPEC as well as other regional and international matters of mutual interest.

The foreign minister welcomed Chinese support and assistance in different sectors including trade and economic cooperation.

He recalled that Prime Minister Imran Khan paid a successful visit to China in November last year during which important meetings were between the leadership of both the countries.

Shah Mehmood Qureshi said his meetings with his Chinese counterpart in Beijing and Kabul remained very productive during which we agreed to further strengthen bilateral relations by promoting cooperation in diverse fields.

The Chinese ambassador said that Pak-China friendship is embedded deeply into the heart of the people of both countries.