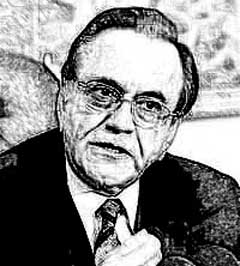 Dear Mr. Chief Justice: Let me congratulate you on assuming the office of the Chief Justice of Pakistan. Your elevation is richly deserved, because, apart from your academic background and legal experience, you have authored judgements, some of which have the potential of putting your own person at risk.

Your lordship, I come from a family with three generations of lawyers. My late father, Mian Mahmud Ali Kasuri was himself a legal icon and a champion of human rights. He was very keen that I should also practice law. Hence, he sent me to Cambridge to read law. Later, I was also called to the Bar. It is a different matter that I did not actually practice law, but, at that time, judges and the legal profession were held in such high esteem that being the son of an illustrious lawyer filled me with enormous pride.

I often used to hear from my father about traits of some of the great judges that he had dealt with. Among others, these included honourable Justices Sir Abdul Rashid, A.R. Cornelius and M.R. Kayani. I also came across and got to personally know and admire many great lawyers of the day like Messrs. Huseyn Shaheed Suhrawardy, Manzur Qadir, A.K. Brohi, and M. Anwar.

It is this background-and certain recent events that have disturbed me and many other well-wishers of the judiciary-which compel me to make these heart-felt submissions to your lordship.

My views expressed here are not new. In my book ‘Neither a Hawk, Nor a Dove,’ published in 2016, I advocated that “while the Supreme Court should continue to fulfill its strictly constitutional role, it should resist viewing itself as the platonic guardian justifying activist judicial intervention.” (Pages 452-475)

Dear Mr. Chief Justice, a glorious legacy awaits you. Given your academic credentials and judicial track-record, there is every reason to be sanguine that you will at last undertake tailored reforms which would lead to speedier dispensation of justice

In genuine cases of executive and legislative failure to enforce fundamental rights in matters of public importance, the Supreme Court may as a last resort justifiably exercise its suo motu powers as per the Constitution’s Article 184 (3). What cannot be condoned though is its sweeping scope and unbridled use, which undermines the functioning of lower courts, and cannot be squared with the Constitution’s Article 10-A due process guarantees or with rights of appeal. Moreover, while ‘suo motus’ may momentarily highlight issues, they are ill-suited to fixing them permanently, and in fact may make matters worse because judges are not experts in different fields of governance. Their expertise lies in the field of law.

The inevitable backlash to the court’s unrestrained exercise of its suo motu powers during CJ Iftikhar Chaudhry’s tenure led his successors, Chief Justices Tassaduq Hussain Jillani, Nasir-ul-Mulk and Anwar Zaheer Jamali to adopt a corrective approach by restricting its exercise and prudently distancing the court from the media glare.

I do not doubt the integrity, legal acumen or well-meaningness of outgoing Chief Justice Mian Saqib Nisar, but, even well-meaning actions, unless completely and thoroughly thought through, can wreak disastrous consequences. Replicating CJ Iftikhar Chaudhry’s playbook, CJ Saqib Nisar ushered in a reign of suo motu driven judicial activism and remained in the news 24/7, often grabbing top headlines. My father often told me that judges were supposed to live the life of a recluse, and, for this reason, the names of judges did not even appear in a telephone directory. It is well settled that judges should not court publicity. They are meant to speak through their judgements.

Contrast CJ Saqib Nisar’s judicial activism with his frank acknowledgment: “I admit openly that I have been unable to put my own house in order.” Had he done so, he would have been remembered favourably by history.

Our judicial system is comprised of courts of law whose powers and legitimacy are strictly derived from within the bounds of the constitution. Our courts thus should not attempt to act like the old courts of ‘equity’ in England. In this connection, the classic maxim of British constitutional law cautions that “Equity is a roguish thing: for law we have a measure, know what to trust to; equity is according to the conscience of him that is Chancellor (‘equity varies with the size of Chancellor’s foot’).” History bears witness that anyone in a position of authority who has been seized by the ultimately self-defeating ‘Man on the Horseback Syndrome’ or ‘King Canute Complex’ has ended up doing greater harm than good.

Consider, moreover, the recent judicial interventions in economic and fiscal policy spheres. Such judicial manipulations of free market and regulatory mechanisms have chilled investor and business confidence precisely when to kick-start the economy the Prime Minister is trying to lure investment and generate a business-friendly environment. It is widely known that an investor of Pakistani origin left the country after a demeaning encounter with CJ Saqib Nisar. It is also commonly believed that this attitude has caused an almost pen-down strike in the bureaucracy.

Astonishingly, in shunting aside the perils of judicial economic policymaking time and again, no lessons are heeded from past judicial economic debacles in the Pakistan Steel Mills (PSM), Reko Diq and Rental Power Plant (RPP) cases. At the time of the Court’s 2006 decision halting PSM’s privatisation, I was trying to impress upon the Russian government on tripling the capacity of the steel mill. I had very useful discussions in that regard with my Russian counterpart Foreign Minister Sergey Lavrov. The Court’s decision, however, put an end to all such efforts. As it is, that decision has swelled up the Steel Mill’s losses to over Rs.200 billion and counting! Meanwhile, the Court’s decisions in RPP and Reko Diq cases have been overturned by international arbitration awards, imposing humongous damages on us.

Dear Mr. Chief Justice, in a most eloquent exposition on the hallmarks of a good judge, Hazrat Ali (RA) has written: “Select as your judge one who cannot be intimidated; one who is not self-centred or avaricious; …one who will not grow restive over the arguments of advocates one who defends, supports/endorses); one who will examine with patience every new disclosure of facts; one who will be strictly impartial in his decision; one whom flattery cannot mislead; one who does not exult over his position.”

I am, therefore, saddened when a Chief Justice reprimands lawyers for representing thieves ‘chors’ (what about the presumption of innocence until the final judgment?). I was also flabbergasted when the well-respected senior journalist Mr. Hussain Naqi was harshly addressed as ‘tum’ by CJ Saqib Nisar.

Recently, we have also witnessed a spate of contempt notices either threatened or actually issued against various people. Judges are not supposed to be known by the example of their power. Rather, their respect emanates from the quality and meticulousness of their judgments. Some of our great judges showed a lot of restraint in use of their contempt of court powers.

Dear Mr. Chief Justice, a glorious legacy awaits you. Given your academic credentials and judicial track-record, there is every reason to be sanguine that you will at last undertake tailored reforms which would lead to speedier dispensation of justice besides reviving the legal profession’s sanctity. I have no doubt either that you will prudently exercise your judicial review and suo motu powers, as well as lead by example in re-instilling the righteous traits and temperament in our judiciary. In the end, I would like to pray for your success and also that you may leave a legacy which will make the following generations of lawyers and judges look up to your judgements with pride. Only sound judgements stand the test of time.