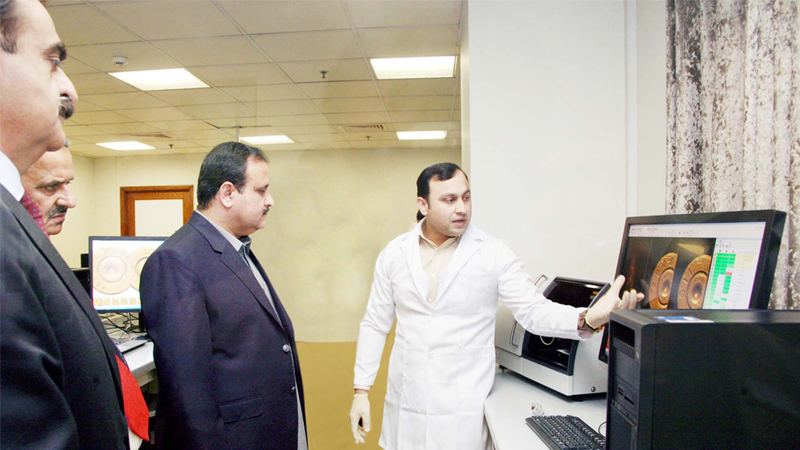 Additional Chief Secretary (ACS) home and high officials accompanied him. He took a round of different sections of the agency and directed for early completion of the Punjab Agriculture, Food & Drug Authority building there. PFSA Director General Dr Ashraf Tahir gave a briefing to the CM about the working of the agency.

While presiding over a meeting, CM Buzdar commended the performance of the agency adding that the forensic laboratory was playing an important role in criminal investigations and solution of other cases. The role of this agency, with regard to scientific investigation of crimes, is fully recognised, not only in Punjab but in the whole of Pakistan, as well. In fact, PFSA is a state-of-the-art organisation which is playing a commendable role in the verification of crime-related evidences. He assured that the Punjab Agriculture, Food & Drug Authority project director will be appointed soon and directed ACS Home to send a summary in this regard.

“Our government is with you and steps would be taken to solve genuine demands. There would be no dearth of resources and PFSA will be provided every sort of cooperation,” he added.

CM directed that special attention should be paid to the training of prosecution department and police staff for bringing necessary improvements in the criminal justice system.

“Refresher courses should also be conducted for the investigation police,” he added.

CM announced that scope of satellite centres of PFSA will be extended to the level of districts.

“It is sanguine that different countries of the world are also sending case samples to the forensic science lab for investigations and this shows their trust over the performance of this agency. I am pleased that work is being done in a professional manner,” he added.

PFSA DG Dr Ashraf Tahir informed the CM that labs of 14 forensic disciplines are working in PFSA while satellite stations have also been established in eight divisions of the province. As much as 458,361 cases have been forwarded to us and out of them, 44,6581 case reports have been issued. Similarly, more than 16,000 officials of law enforcement agencies have also been trained by the PFSA, he added.

Buzdar sought a report on the murder of a seven-year-old child in Bhakkar and deaths of two women due to alleged negligence in Chishtian’s hospital. CM directed to arrest the criminals involved in the murder of the child and provide justice to the family at any cost.

Meanwhile, seeking a report about the death of two women due to alleged negligence in THQ Hospital, Chishtian, the CM directed the health secretary to present a detailed report and action should be initiated against the responsible persons.