When the Bubble Bursts, Consider the Anti-Bubble

After a decade of extraordinary gains, the American stock market has come unhinged in recent weeks, with the technology sector leading the rapid decline. American tech giants are down on average 25 percent from recent peaks, and it appears the big global bubble of the 2010s is bursting. The question on everyone’s mind is what comes next.

One answer, in any transition period like this one, is to look to anti-bubbles. Bubbles are driven by hype about the hot new thing and defined by mania, including unusually heavy trading and prices rising at an unusually rapid pace and reaching a level that can’t be justified by underlying growth in the economy or company. Anti-bubbles are the mirror image, taking shape in overlooked corners of the world and defined by light trading, with prices stagnating at low levels despite solid growth in the economy or company.

Investors’ obsession with tech had thrown many other industries, and many countries not named the United States, into the lonely neighborhood of the anti-bubbles. At their peaks this year, Apple and Amazon were worth more than $1 trillion. Jeff Bezos, Amazon’s chief executive, became the richest man since John D. Rockefeller, with an estimated net worth of $156 billion. And tech was overshadowing entire countries and regions to a degree I have rarely seen in my 25 years as an investor.

Until the tech reversal began in October, stock markets from Southeast Asia to Eastern Europe and Latin America were trading at multidecade lows relative to the United States. For the price of Apple you could have bought all the companies in three of the largest markets of Southeast Asia: Indonesia, Malaysia and the Philippines. Or all the public companies in the three largest markets of Eastern Europe – Poland, the Czech Republic and Hungary – nearly three times over. 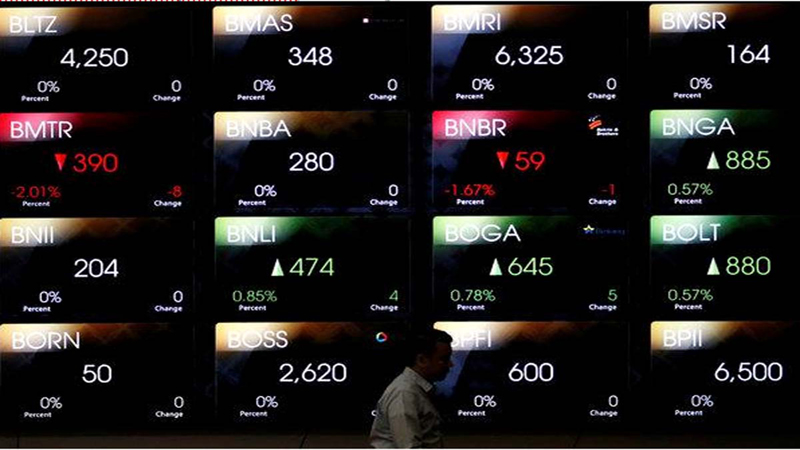 This isn’t normal. Typically, prices reflect the market’s best collective bet on the future, and it is a clear sign of mania when the market thinks one company has a brighter future than a large country. But that is the market-defying nature of bubbles and anti-bubbles today.

To be clear, anti-bubbles do not include legacy companies like department stores and newspapers whose very existence has been thrown into doubt by competition from tech giants. Anti-bubbles encompass countries and companies that would seem to have bright futures but that struggle to attract the attention of investors.

Historically, the biggest stock market returns came in the fastest-growing economies. But that pattern changed in recent years, as investors chased technology at the expense of everything else. The highest returns came in slow-growth countries such as Taiwan. The lowest came in fast-growing economies like the Philippines. The reason: Taiwan is a tech-driven economy, the Philippines is not.

But as big tech begins to crack, that behavior is beginning to change. Stock markets from the Philippines to Indonesia have started to emerge from anti-bubbles. And in the United States, sound industries that had been left in the dust by the tech giants are starting to make a comeback among investors, too, including telecommunications, real estate and consumer staples. It is not clear where they go from here, but it is not unusual for stocks caught in an anti-bubble one decade to perform well the next.

In the 1980s, Japan was widely predicted to be the next dominant economic superpower. Though it accounted for only 15 percent of global economic output, Japan was sucking in nearly half of all the money invested in stock markets worldwide. The United States, where the economy was almost twice as large and growing robustly, was struggling in vain to escape the shadow cast by Japan. It was trapped in that era’s anti-bubble. By the end of the decade, however, the Japan bubble had popped and the United States was poised to take center stage.

The next big bubble rose in the United States during the tech craze of the late 1990s, which generated another series of anti-bubbles, particularly in companies and countries that relied for growth on commodities like oil and iron ore. By the end of the decade, big oil companies and commodity-driven economies from Brazil to Russia, rocked by sinking prices, had fallen off the radar of global investors, and their stock prices were dragging bottom.

But they were forced to streamline their finances and operations, and their stock fortunes were poised to rebound when the dot-com bets went bust at the turn of the decade. By late 2007, with commodity prices surging, their comeback was complete. Five of the world’s 10most valuable companies, as measured by market capitalization, were energy giants, including Russia’s Gazprom.

Though the boom in this period was lifting a particularly broad segment of companies and countries, anti-bubbles were as usual forming in overlooked corners of the world. Tech firms, in particular, had been shunned since the dot-com bust, and their stocks were lagging behind the rest of the market. A decade later, dot-com survivors like Apple and Amazon were at the forefront of a new tech boom.

If the mood of a bubble is manic, as overexcited investors drive daily trading volumes skyward, the mood of an anti-bubble is the opposite, marked by little trading at all. In a telling sign of the current anti-bubbles, the markets of the Philippines, Malaysia and Indonesia together trade less than $1 billion a day, compared with about $6 billion a day for Apple alone.

There are many more anti-bubbles. Poland is a high-growth economy with low debt and a small deficit that is also light on technology companies. Yet among emerging markets, Poland continues to stumble along at lows last seen in the early 1990s, when it was struggling to recover from the fall of Communism. Mexico is another economy facing no obvious threat of financial crisis. Yet money has fled its stock market, helping to drive the peso close to lows last seen during the “tequila crisis” of 1994.

The bright side of anti-bubbles is that they are very cheap places to go on vacation. In Mexico City, travelers can get a fancy hotel room for the equivalent of $80, a fancy meal for $15.

Anti-bubbles share one thing with bubbles: They don’t last. Eventually, people recognize that prices are out of whack, and adjust accordingly. They go back to looking for inexpensive growth stories, and find them among the forgotten countries and companies.

Bubbles are compelling drama, in which the lead characters are always racing excitedly toward a sudden fall. Much less has been written about anti-bubbles, which are in their way equally compelling tales of underdogs moving quietly toward surprising comebacks. The big book on anti-bubbles doesn’t yet exist, but this would be a good moment for it to be written.

Mr. Sharma, the author of “The Rise and Fall of Nations: Forces of Change in the Post-Crisis World,” is a contributing opinion writer.