Why Kashmiris love their ‘pherans’

Kashmiris love their ‘pherans’. These loose, warm outer garments are typically worn during winters. They are comfortable, practical and as Kashmiri as lungi is to a Malayali or kilt to the Scottish. Given the valley’s surcharged political atmosphere, and an ongoing insurgency that has claimed hundreds of thousands of lives in the recent decades, the last thing Kashmiris expected is a ban on their beloved ‘pheran’.

Yesterday (December 18), the social media was abuzz after the state’s school education department banned people from wearing the traditional ‘pheran’ in its offices. A local English daily said the development came in the backdrop of a similar ban on the pheran in Srinagar’s civil secretariat, the seat of power in the state, where people visiting the administrative departments have to take off their pherans at the main gate.

The report triggered an outrage. Everyone from Omar Abdullah, the former Chief Minister of J&K, to ordinary Kashmiris were aghast. Soon hashtags like #Pheranlove and #PheranIsMyIdentity began to trend on Twitter. Many directed their ire at the governor, Satya Pal Malik, who has recently recommended President’s rule in the volatile state after the governor’s rule expired (six months after Mehbooba Mufti’s government fell). Although the orders for a pheran ban didn’t originate from the governor’s office, many Kashmiris, deeply sceptical of the ruling dispensation in Delhi, felt that it was a ploy to trample upon their culture.

‘Pheran’ has a long, storied history in Kashmir, and is believed to have a tradition of at least 660 years. Worn over centuries by the inhabitants to brave the harsh winter chill, the garment has worked as a great leveller of the Kashmiri society. It has traditionally dissolved the class difference, being the preferred dress for both the rich and the poor during the cold season. Even when modernity permeated the lives of Kashmiris over the years, the pheran continued to remain a badge of its culture.

Though the etymology is a little unclear, some believe the name pheran is derived from the Greek word ‘apron’. Many contend that the tunic owes its origin to the Persian word for shirt, ‘perahan’. The Tajik word ‘peraband’ is also closely associated with the Kashmiri pheran. Since Kashmir has a distinct central Asian cultural link, that may well be the case. A totem of Kashmir’s simple, egalitarian past when the garment united people, pheran has undergone changes during recent times. Modern pherans have several variants with tailors and designers shaping it in distinct styles. 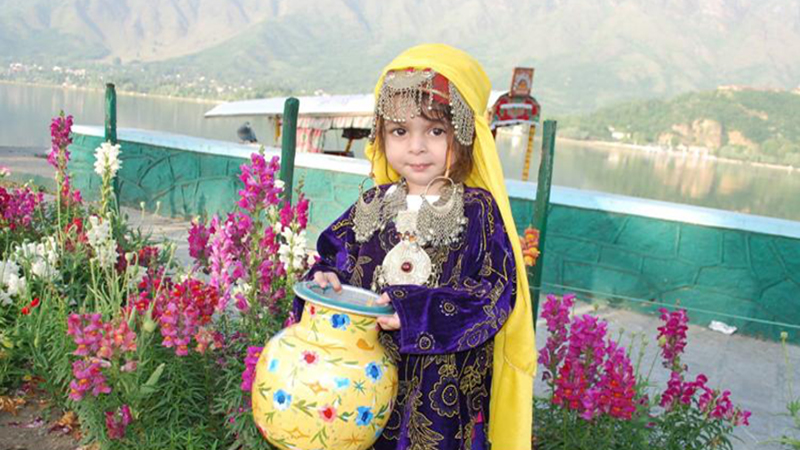 Not only Kashmir’s own political class (mainstream as well as separatists), celebrities and leaders have adorned pheran from time to time. Sonia Gandhi, whose husband Rajiv Gandhi’s family has Kashmiri roots, can be often spotted in social gatherings in the Kashmiri attire. World leaders like Hillary Clinton too have worn the pheran on several occasions. Various Bollywood film stars and celebs have turned out in pherans while shooting in the hills of Kashmir.

In the valley, both Muslims and Pandits (Kashmiri Hindus) have historically worn the garment. Therefore a ban on pheran is not only seen as parochial but also somewhat scandalous, given the Indian right-wing’s obsession with cultural appropriation and dietary habits of minorities in the country. While there may not be a larger game plan at play to target the much-beloved pheran, any attempt to tinker with Kashmir’s much-vaunted sense of identity is bound to have a severe backlash. Having lost thousands to a wretched conflict, Kashmiris are unwilling to part with a distinct feature their collective identity.