May’s Mayhem: Where the UK Prime Minister has it wrong

An objective analysis of where the United Kingdom and its Prime Minister stand one hundred days before the Brexit deadline. Let us see the facts, not conjecture

The British, as a whole, and the English in particular, have long regarded themselves as being different from the Continentals – those moustachioed gentlemen riding around on bicycles with blue and white hooped T-shirts with strings of onions and (gasp!) garlic, drooped around their necks.

Those of us who visit Britain can take delight in the curious idiosyncracies of the “pub” or “Public House”, formerly with a Public Bar where darts and skittles were played by working men wearing overalls and muddy boots, whereas the Saloon Bar was for courting couples and ladies and gentlemen who preferred to listen to the piano or drink pink gin, the higher echelons of society going for “gin and it” (vermouth and gin). Ditto fish and chips, which by the way was delivered to the British by Portuguese sailors eating “Pataniscas de Bacalhau”, or salted codfish dipped in batter and fried, ditto the Indian Restaurant dotted about the country in every town, village and hamlet, where on Friday nights after the “Pub” people tuck into a vindaloo (also by the way brought to the English from the Portuguese, whose marinade “vinha d’alhos” or wine and garlic, preserved meat on the long voyages around the Orient). 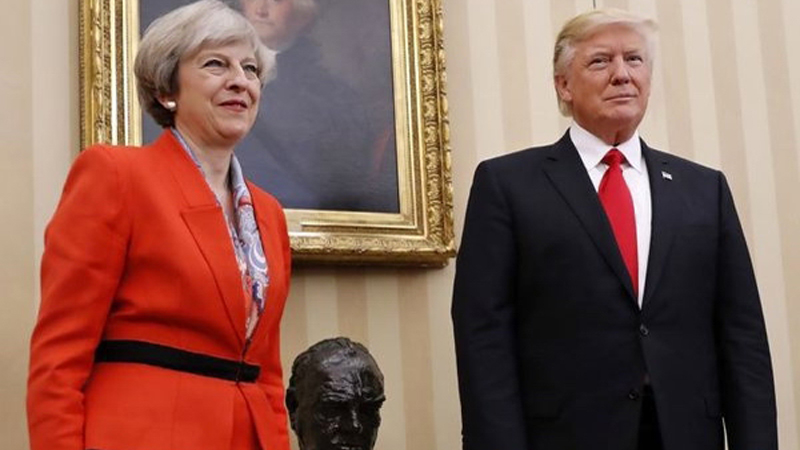 Even cricket was imported from the Indian Subcontinent (kilket), soccer is a leftover from Roman days. True, there are British institutions such as Ploughman’s Lunch (a hunk of Cheddar cheese, a piece of bread, raw onions and pickles), Bread and Butter Pudding and at this time of year, Christmas Pudding and Christmas Crackers.

The UK is already a mix of cultures

So like it or not, the UK is a hotch-potch of cultures and peoples sewn into an island – the original inhabitants who walked across the land bridge where the Netherlands stands today, called the Prettani (tattooed people) by the Romans, the Romans, not necessarily from Rome or even from Italy, Angles (East Anglians, Middle Anglians in Mercia and Northern Angles in Northumberland), Saxons (South Saxons in Sussex, Middle Saxons in Middlesex, West Saxons in Wessex and East Saxons in Essex), many of these counties today bearing the same frontiers as the borders between these ancient kingdoms, more or less to the centimeter. Add in the Welsh tribes, Cornwall, each with their own languages, add in the Jutes, the Vikings, the Normans, the invasions of the Scots from Ulster and Man before moving into Scotland and we see the reason why choosing a President would be a nightmare. Talk about a can of worms…

Enter center stage Brexit, in June 2016, the worst sort of nightmare for a country with strong regional tendencies, three nationalities, a Principate and regions which belong to the British Isles but not the United Kingdom (the Channel Isles and Man), ten languages and numerous dialects and peoples.

It was hardly surprising that after decades of the British press ridiculing Brussels and the European Union, while everyone else on the Continent was rolling up sleeves and getting down to work, accepting the fact that in being part of a common entity you have to give and take, win some and lose some, sooner or later this self-inflicted state of Britishness was going to come to the fore.

Britishness has at its center the notion that the British are different from everyone else, that they are better than everyone else, that their culture is superior, they do things their own way, their toilets are better, their plugs and sockets are safer, their drivers respect the rules and that basically only a Briton knows how to drink a cup of tea properly without slurping it and banging the spoon on the sides making a racket, like a plebeian from the Continent. British people patriotically speak foreign languages badly, think Portugal is a province of Spain, place Angola somewhere near Uruguay on the map and believe the Saharaui people live in Malaysia.

All well and good, there is nothing wrong with being proud of your country and its customs. But in all of this discussion about an island mentality, hubris and kudos there comes the gravitas based on making the right decision based upon common sense, and this, the British and their Prime Minister Theresa May have none of.

To be honest I can say that Brussels and the rest of the EU is looking on shocked, aghast, and some curled up in balls giggling (though not myself) at the sorry sight the British are presenting. It is like throwing six foxes into the hen house and watching the bedlam ensue. After throwing the Referendum onto the table without anyone explaining the common sense facts, rather, a Leave campaign based on utter lies, with nobody being informed and even today nobody having a clear idea what will happen (incredibly), the brashness of Brexit, Britain über Alles, came to the fore, horrifying Ulster, enfuriating Scotland (which almost certainly will now leave the UK and stay inside the EU as an independent nation, unilaterally or not) and destroying the economy of Wales and the North of England, although nobody has told them yet.

In 1973, the UK turned its back on the Commonwealth, leaving New Zealand and Australia to sink or swim. Today, the UK expects these countries to sign up for separate trade deals with the UK. How can they if they already have a collective deal with the European Union, and who is going to renegotiate with a bloc 600,000,000 strong and sign a special deal with the UK, with its 60 million souls?

How can the UK turn away from a trading bloc with which it does 50% of its deals without incurring tariffs which will make their imports more expensive and exports uncompetitive? How is turning elsewhere for trade without accounting for transportation costs going to help British manufacturers?

Who has explained to the British people that doing trade under World Trade Organization rules will mean even higher tariffs and loss of competitiveness? Who has explained the devastating social effects of this lack of competitiveness, namely closure of factories, massive unemployment, service industries rendered idle, the financial services sector moved swiftly out of The City and onto the Continent?

Who has explained that to do business with the EU, the UK will now have to pay a massive fee, annually, and who is going to pay that? The Prime Minister? The taxpayer, of course and this will involve less money available for schools, hospitals, public services. Massive unemployment, no future, no hope, no sales, sky-rocketing costs, a huge budget deficit made up for by the taxpayer, these are all natural and common-sense consequences of Brexit.

Any sort of Brexit.

Now today the Cabinet is speaking about the possibility of a no-deal Brexit and if the Brexit with a deal incurs the horrors I have just mentioned, a no-deal Brexit is the real McCoy, the cherry on the cake and the Four Horsemen of the Apocalypse all rolled into one. This would entail a renegotiation of everything. Including fly-over rights. Duties on each and every substance sold. It would be crippling for the UK economy, which would freeze. The pound would plummet. The sovereign debt would rise exponentially and the UK would not conceivably be able to go to the markets. It would be forced to turn to the IMF and accept interest rates which would burden generations to come with a life of abject misery.

And finally, when will people in the UK accept the fact that the first Referendum was based upon lies, false promises and vapid nonsense, that most of those voting Leave had no idea what they were doing, except for a general dislike of Brussels fuelled by a hostile media, and vague notions about taking back borders (the UK is not in the Schengen Area anyway) and controlling migration, on an afternoon in which people confused the EU with the international migrant crisis?

Claiming that a second referendum, this time based upon the clear and unadulterated, objective facts, is not democratic, is absurd especially since the demographics have changed and the young population does not favor being left with a bitter taste bequeathed by those who will depart before they see the consequences of their decision.

Surely if Britain is a democracy, a second referendum, making a clear choice with a clear head, is not only common sense, it is the only way to save the country from a terrible future, locked out in the cold, paying to do business without any say in the matter and no new markets available at competitive rates. Sure, many people are going to get annoyed but how many more are going to get annoyed if Brexit goes ahead since opinion polls now state that 60% of the people support Remain?

Let us spare a thought for the Brits and for Theresa May. Nobody likes the meddlesome EU, nobody likes this mega-neo-liberal project, nobody likes being dictated to from abroad. But for those inside the Eurozone it is even worse. However, there are collective support mechanisms which Britain will now voluntarily leave and if this is a world of large trading blocs (Phase 2 of globalization) and if this is inevitable, rowing against the tide is not the way forward, only backwards and very fast.

Theresa May cuts a forlorn figure, traipsing around the corridors of Brussels trying to change the deal she has just struck, and being met with an incredulous “But we just agreed to that last week”. From what I hear, those on the Continent feel sorry for her because she is trying to do her best. But it just is not good enough. Not knowing Theresa May, I do not know whether this is the result of arrogance, bigotry or self-importance, or whether she believes that she can gamble away the future of her country by refusing to face the facts. She cannot be stupid after all, to have risen to her position. A curious person.

Going it alone without consulting Parliament with a deal that seems set to fail, without any B-Plan, means Britain now faces the precipice of a no-deal Brexit.

Or, this time around, a proper Referendum.