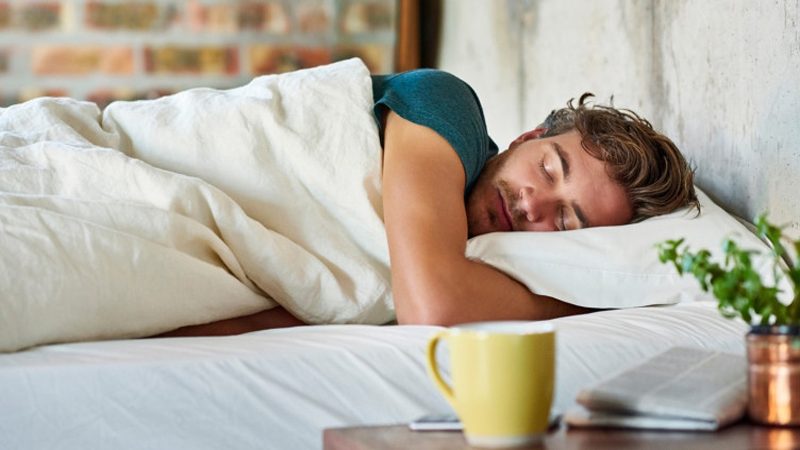 Good sleep is highly important for our physical and mental health. While we slumber and rest, our body gets rid of toxins, repairs injury, and reduces stress. Staying up late at night is bad for your health as it interferes with the natural sleep pattern and hinders all those processes which are very essential for natural repair of body and brain. The best healthy sleep pattern for us is designed by nature, when we disturb it with our unhealthy sleep habits, our risk for diabetes and heart disease rises. The people with large differences in their sleep schedules on workdays and free days tended to have worse cholesterol and fasting insulin levels, greater insulin resistance, larger waist size, and higher body mass index (BMI).

Not getting enough sleep at night prevents the body from strengthening the immune system and producing more cytokines to fight infection. This means a person can take more time to recover from sickness as well as having an increased risk of chronic illness. Unhealthy sleep pattern can also result in an increased risk of new and advanced respiratory diseases.

Two hormones in the body, leptin and ghrelin that control feelings of hunger and satiety are also affected by lack of sleep. Night owls that eat late in night often suffer from sleep deprivation. This situation causes the release of insulin, which leads to increased fat storage and a higher risk of type 2 diabetes. It also can affect hormone production, including growth hormones and testosterone in men.

The direct link between unhealthy sleep pattern and our mental and physical health is called “social jetlag” which refers to the mismatch between an individual’s biological circadian rhythm “body clock” and their socially imposed sleep timetables. Social jetlag relates to weight gain and some pointers of cardiovascular function. Unhealthy sleep pattern can contribute to metabolic problems; these metabolic changes can directly contribute to the development of obesity, diabetes and cardiovascular disease.

A bad sleep pattern weakens the ability of the part of the brain that handles reasoning, known as the prefrontal cortex, to control the emotional part, the amygdala. This leads to the abnormal processing of emotions

A bad sleep pattern weakens the ability of the part of the brain that handles reasoning, known as the prefrontal cortex, to control the emotional part, the amygdala. This leads to the abnormal processing of emotions. Good sleep is very essential to prepare the brain for learning. When the brain is deprived of sleep due to a bad sleep pattern, it is difficult for brain to concentrate and form new memories. When we stay awake till late night or significantly cut sleep short, the body does not release the hormones necessary to regulate growth and appetite, and instead of positive hormones our body forms an excess of stress chemicals, such as norepinephrine and cortisol.

Lack of sleep also increases the risk of road accidents. In Pakistan most of heavy vehicles travel during night and their drivers and staff are usually deprived of sleep. Approximately, after 16 hours of staying awake, the body trying attempts to balance the need for sleep. If a person tries to resist the need of sleep and does not get enough sleep, the brain obtains sleep through short sleep attacks called microsleeps. This is an uncontrollable brain response that makes a person unable to process environmental stimulation and sensory information for a brief amount of time. A person’s eyes mostly remain open during microsleeps, but they are essentially “zoned out”. As the nature of these attacks is unexpected and sudden, the consequences of a sleep-deprived in an individual who is operating heavy machinery or driving can be catastrophic to the individual and as well as innocent passengers, co-workers and bystanders. Microsleeps will continue to occur despite person’s forced attempt to stay awake.

There is a need to create awareness in the society about the importance of a positive sleep pattern. A certain amount of care should be taken to prevent ongoing disturbed sleep pattern and sleep deprivation in individuals of all ages.