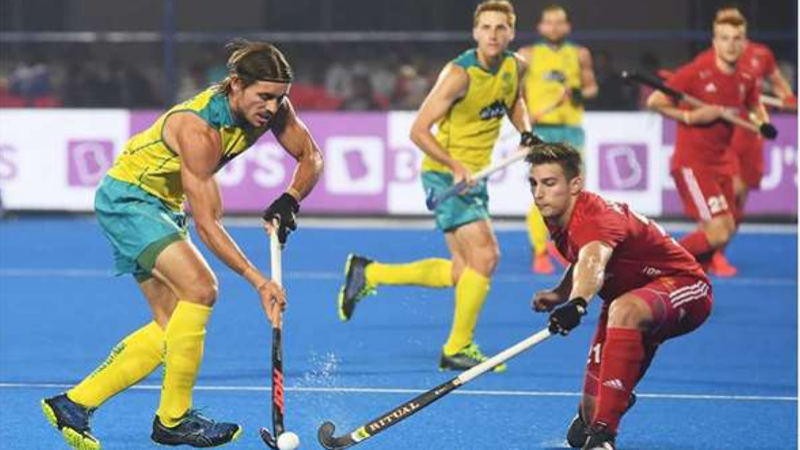 BHUBANESWAR: Three goals blitz in the space of nine minutes of the final quarter helped defending champions Australia demolish England 3-0 to record their second straight win in the pool B of the 14th World Cup Hockey at Kalinga Stadium here on Tuesday. After barren 46 minutes, Jake Whetten (47th), Blake Govers (50th) and Corey Weyer (56th) scored a goal each to put their side Australia virtually into quarterfinals with six points and a match to go. England have one point from two outing and will face Ireland in a do-or-die battle on December 7. Australia once again established their dominance over England beating them for the 21st time of the 28 matches they have played between themselves so far.
Earlier in the tournament, Australia’s quest for a record hat-trick of titles started with a hard-fought 2-1 win over Ireland in the opening Pool B match on Friday. The World No.1 team were far from impressive and were made to toil by Ireland in their opener. Ireland gave Australia a run for their money with an impressive display in both attack and defence. England, on the other hand were held to a 2-2 draw against China in their opening match of the tournament. Making their debut in the tournament, China scored a last-minute equaliser, stunning a higher-ranked English team. Even though England enjoyed the lion’s share of the possession and created numerous chances but couldn’t find a way past a resolute Chinese defence.