Bipin-Babul, music composers with Madan Mohan’s aroma in their compositions

Before Babul got separated from Bipin, both had worked as duo in Bollywood 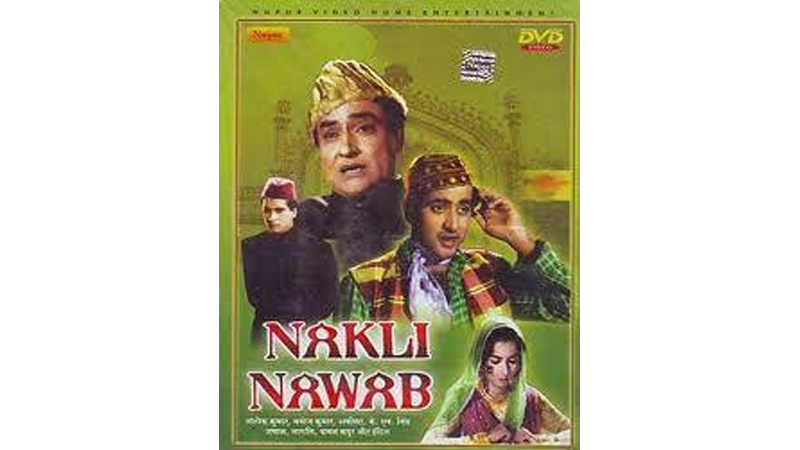 I was playing the song ‘Jab Chaye Kabhi Sawen Ki Ghata Ro Ro Kei Na Karna Yaad Mujhe’ from Indian film ‘Reshmi Roomaal’ in the voice of Talat Mahmud, a colleague sitting in the Pakistan Music Center observed that listening to it reminded him of the good old days when such songs were heard on the radio in the quiet of night. Watching this song on video brought back memories of black & white days when young Manoj Kumar remembers his beloved Shakila in wilderness. This was a Manoj Kumar, Shakeela, Helen, K. N. Singh, Kamal Kapoor, Jankidas, Indu Shivraj, Shammi, Sulochana Chatterjee, Maruti, Sulochana starrer movie of 1961 with lovely lyrics by Raja Mehdi Ali Khan. Harsukh Bhatt had directed this movie. Music was given by Babul, a melody maker sparingly used by Bollywood, perhaps because Shankar Jaikishen, S D Burman, Naushad Ali and alike were ruling the Indian film music scene in those days. The soft timber of Talat Mahmud still resounds in my ears when I listen to this melody even today. Another song ‘Zulfon Ki Ghata Lei Kar Sawen Ki Pari Aai’ is a duet by Manna Dey and Asha Bhosle with Sitar and Sarangi interludes from this movie. It is a melodious song composed in medium tempo filmed in the mountains. Shakila with her hairdo looked modern for that decade. Looking for a job, Manoj sings Mukesh’s song ‘Gardish Main Haun Tare Na Ghabrana Pyare’ but he faces the ‘No Vacancy’ sign where ever he goes looking for a job. Still not in despair he sings this fast beat song with Raja Mehdi Ali Khan’s lyrics exuberating hope. In another song Manna Dey joins Suman Kalyanpur in a romantic duet ‘Aankh Main Shokhi Lab Pei Shararat’. All these songs were composed by Babul.

In the film ‘Naqli Nawab (1962) starring, Ashok Kumar, Manoj Kumar, Shakila, a song ‘Chaira Jo Dil Ka Fasana, Hansa Zor Sei Kyun Zamana, Allah Jane, Maula Jane’ by Muhammad Rafi used to be played on the radio in 1962. This song was from Manoj Kumar’s earlier films and has a catchy rhythm with use of flutes, violins and Hawaiian guitar. Bipin-Babul has used their genius in creating a sad song in medium-fast tempo. In the 1960s Qawwalis used to be part and parcel of Indian films’ music like in ‘Mughal-e-Azam,’ ‘Barsaat Ki Raat’ and alike. Film ‘Naqli Nawab’ was not left behind and Muhammad Rafi joined hands with Asha Bhosle in singing a Qawwali ‘Hum Diwane Tere’. This song was performed on-screen by Manoj Kumar, Shakila and singers are Asha Bhosle, Mohammad Rafi with music by Babul. Lyrics were penned by Raja Mehdi Ali Khan from the movie Naqli Nawab.

Bipin-Babul duo was composers of the 50s and 60s. They were small type composers who bagged only B or C Grade films to compose music for. The duo started their career as assistants for music composer Madan Mohan. This is the main reason for excellent tunes they composed with use of Madan Mohan type orchestra in their songs. Their first two small-budget films were ‘Shahi Mehman’ and ‘Salam-e-Muhabbat’.

Despite low budget films in which the duo worked, some of the melodious songs, not mentioned above, are:

Some other songs by Bipin-Babul are:

Due to the roaring success of OP Nayyar during 1958-1960 periods, many producers advised their composers to emulate OP’s style. Bipin-Babul also fell in this trap and the song ‘Aaha Aik Nazar Aik Ada’ by Muhammad Rafi penned by Vishwamitra Adil filmed on Shammi Kapoor from the film ‘Raat Kei Raahi’ (1959) can be quoted in this regard. I have also mentioned this aspect in the list of songs above.

While looking for Lata Mangeshkar’ song composed by Bipin Babul I could only locate a beautiful sad melody ‘Hei Qismet Ka Khail Dilon Ka Mail’ penned by Tanvir Naqvi for the film ‘Sultana Daku’ (1956). This movie had Roopmala, Jairaj, Sheela Ramani and B. M. Vyas in its cast. This film had Shamshad Begum and Geeta Dutt’s songs as well. This film was directed by Mohan Sinha.

Bipin got the film ‘Kaya Yei Bombay Hei’ (Is it Bombay?) after his split from Babul.

According to one unconfirmed news item Babul married Zeenat Begum of Lahore, the famous play back artiste of many melodious songs of the 40s. Many do not agree with this news on social media.

According to “Zeenat Begum” Cineplot.com, archived from the original on 1st of November 2011, retrieved 8th March 2015, Zeenat Begum was a courtesan and a renowned classical singer. She was discovered by Pandit Amar Nath in 1937. Her first success as a playback singer came in 1942 when she sang for Govind Ram’s Punjabi film ‘Mangti’. The film was marked as first Golden Jubilee film produced in Lahore. Her first Hindi film was ‘Nishani’ (1942). She sang for other notable films including ‘Panchhi’ (1944), ‘Shalimar’ (1946), ‘Shehar Sei Door’ (1946) and ‘Daasi’ (1944). Zeenat Begum migrated from Lahore to Bombay in 1944. She sang for several music directors in Bombay, including Pandit Husan Lal Bhagat Ram, Master Ghulam Haidar, Pandit Gobind Ram etc. The last film she sang for in India was ‘Mukhra’ (1951). She migrated to Pakistan and joined the Lahore Radio Station and worked there until the late 1950s. She died on 12th November 1966 in Lahore.