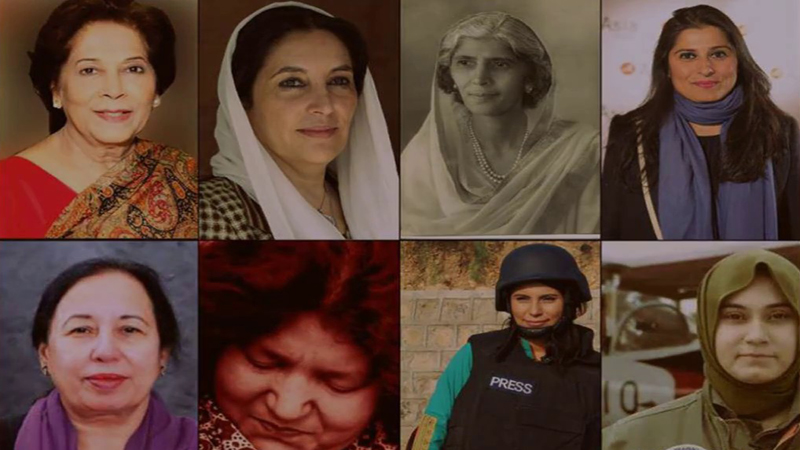 As a woman born into a family who considers their daughters equal to their sons, it is often quite hard for me to come face-to-face with inequality in the present-day society of Pakistan. I am among some of the few women whose rights have not been taken away from her by her family in any way. My brother and I were given equal opportunities at everything, be it the choice to study what we wanted, the choice to wear whatever we wanted, the choice to hang out with whoever we wanted, or the choice to marry whoever we wanted. Not only that, but I was taught things many only consider teaching boys in Pakistan. Like changing a flat tire, changing the car oil, fixing a broken shelf, hopping over our 8-foot tall main gate if I ever got locked out, you know, “manly things.”

However, no matter how much I was told by my family that I am equal to my brother and that I have as much right to things as him, society always poked its fingers at me telling me that I was not deserving of the privileges I had gotten. Be it jealousy or years of being taught women are inferior, the Pakistani society always brought down its sword on me. From being allowed to wear jeans and a shirt, to being allowed driving a car, to being allowed having a boyfriend, to traveling alone, everything I did, was the talk of the town among everyone we knew. But for my brother, it was, as per usual, never a problem.

It troubles me to see my fellow classmates being married off one by one because their families didn’t allow them to be bold. To be independent. As that is not what a girl in our society should be

As a kid, I never gave much thought to what others thought of me but as I grew older, day in and day out I started to see in me what people saw in me when they saw me. It was my very first semester in university when I found out that being a girl in this society – and being a bold girl at that – is something that this society will not come to terms with. I am a student of media sciences and field work covers the majority of our work. Handling heavy equipment, running to locations, fixing heavy lights on the ceiling, controlling a situation and your team, these are just some of the tasks we have to deal with. Now, my father had always taught me never to be dependent on anyone in any way. Both his children were taught to do their work by themselves and not depending on anyone. So, imagine my surprise when all of my classmates, both boys, and girls, made me out to be the odd one out, as I willingly took tasks upon myself. Tasks that a girl just shouldn’t do.

My guy friends in university always offered to do all the work for me failing to see what they were doing wrong by offering me help, while all the girlfriends I had, told me it was inappropriate for a girl to be doing these sorts of things and that I should just let the boys do my assignments like they did. To this day, I cannot understand why these girls thought they were incapable of doing these things by themselves. Grabbing a camera, going out on a heated day and shooting a documentary or ad or short fil. To this day it haunts me to see girls my age totally oblivious of what they’re capable of, just because they are told since birth that, that is not what women do.

I saw the girls and boys in my class appreciate me for my individuality and over time, resent me for it. The girls because I was given a privilege they were not, and the boys because I refused to be the damsel in distress. By doing things myself and not depending on others I learned skills I would not have otherwise. Skills that have helped me become the woman I am today. While the cameras bought by my fellow classmates are gathering dust in the back of their cupboards, I am working as a photographer and cinematographer. Something I would not have been able to do if it weren’t for my upbringing.

It troubles me to see my fellow classmates being married off one by one because their families didn’t allow them to be bold. To be independent. As that is not what a girl in our society should be. It haunts me to this day that the potential in these girls is being butchered every single day just because this patriarchal society refuses to change its ways.

Even now, there are times I get told I should not be doing what I am doing. That it is wrong for a woman to be doing such improper things. The people who hire me for my services are often among those who have rebuked me for what I do. Picking a career in media is considered unsuitable in Pakistan even now. While there are women out there like Sharmeen Obaid-Chinoy and Qandeel Baloch, winning Oscar awards and praise for their work in media outside the country, inside, these women are ridiculed and considered a stain on the patriarchal society.

I still face criticism from my classmates for being bold. For being independent. But one thing that I’ve realized is that for a lot of women I know, I am a sort of hope that they might be capable of doing great things someday as well. And that is enough for me to keep my head straight, chin up and keep doing what I’m doing without even an ounce of hesitation or deliberation of what the patriarchal Pakistani society around me thinks.