According to sources, an Iranian delegation is expected visit Islamabad by the end of this month or in the beginning of next month to hold talks with their Pakistani counterparts as part of a joint working group.

The joint working group level talks have assumed significance as it would be interesting to see how Pakistani government manages to evade U.S. sanctions to make headway on this important energy project.

“Pakistan has many options to address its energy crisis, Turkmenistan-Afghanistan-Pakistan-India (TAPI), CASA-1000 and Qatar LNG projects to name a few,” said Raghib Hussain, a writer and researcher. “But one of the important projects that need to be revived is the Iran-Pakistan gap pipeline project. It is not simply a gas pipeline, but an energy lifeline for Pakistan.”

Pakistan and Iran had signed GSPA (gas sales purchase agreement) in 2009 during the Pakistan Peoples’ Party (PPP) government under the IP gas pipeline project. Iran had to lay down the pipeline on its side and Pakistan had to build the pipeline in its territory and the project was supposed to be completed by December 2014 and become operational by January 1, 2015.

However, the project never really took off, partly due to the U.S. sanctions under successive administrations in Washington. The successive governments in Islamabad buckled under pressure.

In 2016, the previous government headed by Nawaz government shelved the project apparently due to pressure from Saudi Arabia and its Arab allies, since Sharif was considered close to Riyadh.

Taken aback by the decision to unilaterally shelve the project, Iran had reportedly threatened to move the arbitration court against Islamabad, invoking penalty clause. 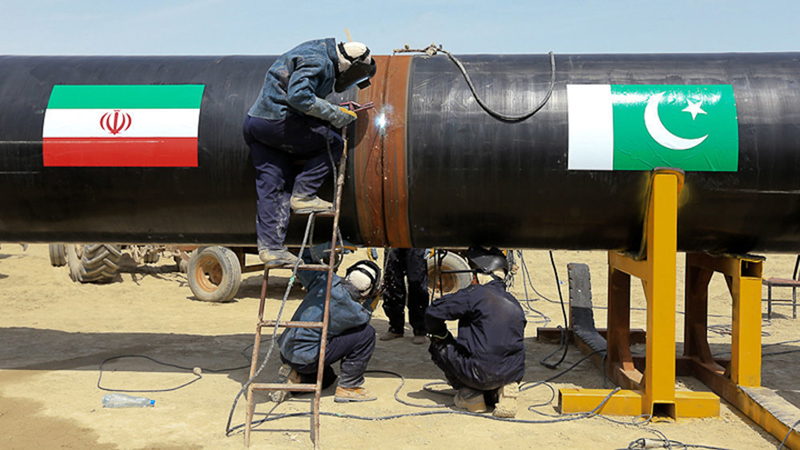 When Imran Khan led PTI government assumed power few months ago, the project got a new lease of life, which was apparent from some of the statements given by Khan in the first few weeks, expressing his desire to cement ties with Iran and revive the stalled project.

A prominent Pakistani columnist commenting on the reasons why Pakistan put the project on backburner and why it did not built a transmission line with Iran, said the reason was not hard to identify. “The U.S. and the (Persian) Gulf States were dead opposed to Pakistan improving its ties with Iran. Once again, politics had stumped economics,” he wrote.

But, under the new government in Pakistan, the project is likely to take off, which will give much needed impetus to Pakistan’s relations with Iran. And, the decision to revive talks on the project is a good beginning, believe experts.

Mehdi Honardoost, Iranian envoy to Pakistan, speaking at an event in Islamabad this week, said Pakistan and Iran are like brothers and the ‘hidden powers’ have always sought to destroy this brotherly relation. “Muslim Ummah is looking towards Pakistan and Iran to lead it out of the vulnerable conditions but we can do this when we are in long, uninterrupted and good relations,” he said.

The envoy said that bilateral trade between the two states has reached up to $1.3 billion from $500 million in the past two years. He said it will grow manifolds with bilateral efforts and understanding.