“Women struggle” a road to equality 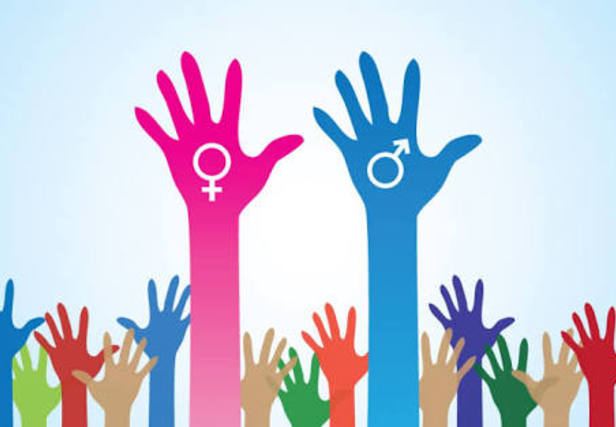 Pakistan has been ranked the second-worst country in the world for gender inequality. It is one of the fundamental duties to provide equality to women in a society. There is no denying in saying that women play an important role in many areas of development.

A girl seems someday to become someone’s daughter, friend, sister, wife or a grandmother but these relations are just a minor thing, it was just a glitter and remember all glitter is not gold. You are a girl, the sentence starts right hitting into your ears, right from the age of sixteen and to its end till you search to the level that you start saying this to your daughter. In Pakistan we saw many cases relating to girls being publicly harassed, kidnapped and raped which make every women insecure while moving into the society. The reasons for this mistreatment with the girls are because of gender inequality. Gender inequality may seem a small factor, but it’s actually a real cause of all those violent and domestic issues which women where facing. We have learnt right from the age of sixteen that you are a girl, don’t do this! You are a girl don’t do that! However, if you’re brought up in a liberal family, that doesn’t mean that, you are free from all the discrimination which conservatives were facing. Gender inequality has no class and status, it exist anywhere and everywhere.

Usually the study shows that most educated class or upper or upper middle class society were comparatively more open minded and warmly welcomed gender equality, but in this era of  intolerance and where people get Clingy with lust and power personally found no equally in those societies, too. Yes the medium of discrimination is may be different but the fact is that it exists. There were different types of discrimination and mental torture, women usually facing these days and story of mental torture starts when you turn 15 where your mother starts teaching you how to sit, talk, walk, dress up and laugh in a correct manner whether you want to speak, sit, dress up or walk like the way you want, but you stuck with family norms, values and follow up is a must. After 16 till 22, 23 your parents keep on targeting you to do best in your studies, whether we want to do medical or not, but once again, family norms or tradition has to be followed. After that, the job hunt starts; in these periods of time, you meet many beautiful people which make you felt that you are a girl and you has to be dealt as secondary. Whether you want to do teaching or not, or you know how to teach or not, but you only allow to do teaching and when no choice is left so let’s become a teacher because it’s a respectable profession and family tradition has to be followed. Luckily once you got a good recognized job, jealously among male members of your own family starts. After getting enough education and you start feeling teaching profession is your career than suddenly the new phase has arrived and parents start looking for a guy for your marriage. Soon you’ll come to know that you are a burden on your parents, it’s time to leave your parents home even if you don’t want to get married or you don’t really like the man you’re marrying with, but once a family decides and married is a must. No matter how well you studied, or how great the earnings, you have been accused of being a women once in your life which is a fact and that is what gender inequality is all about. Actually the days at your parent’s home making you ready how to deal with your hubby and your hubby’s family in tough circumstances.

Life is a name of lessons at each point of life; women were confronted with new lessons and experiences. Your mom, dad and brother, everyone is doing an effort to make you strong enough to understand that you’re born to do sacrifices. Every single women of this world commits a sacrifice for their loved one or a family. I know every single person does a sacrifice once in their life, but not every single man. I know many people who even don’t know that true meaning of sacrifice. Sacrifice is a procedure of slandering your rights in front of your family just for your family or for society. Upper middle and lower class jointly make a society and women are a part of it, so it’s clear that it’s everywhere in the world. If you try to speak up from your rights, then for sure you are the most stubborn person in front of the family. Physical torture, mental torture, harassment, child marriage, health and education issues are the branches of gender inequality.
The largest disparity is seen in regards to education. It is noted here that about 98.8% of the woman belonging to rural background and 29.3 % belonging to the richest urban dwellers lack access to education and good health care services. The dreams to become a pilot, doctor, nurse; air-hostess, choreographer, photographer, model, and engineer will remain as a dream. The goals you want to achieve in your life will remain your goals. With all those goals sat in one corner of your heart, you don’t need to explain it or even think about it. Pakistan is blessed with many women base NGOs and institutions. Asma Jehangir (late) is one of the renowned personalities I’ve ever gone though. I’m sure that there are many more women who are fighting for women’s rights at local and international level, but all is in vain until or unless men stand for women’s rights. I wish to see a society where men are for women’s rights. It is a duty of the NGOs, religious institution and government institutions to pay attention on women’s rights. There is a need of a counseling session, talks at grass root level which incorporate that gender equality is a major and basic right of your daughter, sister and wife.

Government of Pakistan right from the beginning introduced and implemented several significant measures to counter gender-based discrimination, violence against women, economic and social empowerment of women. Positive steps have also been taken to promote women related rights and the workforce, while education has remained a key priority for the Government of Punjab, Sindh and even KPK. Gender inequality is an issue that affects all people—socially, economically and politically. Basically no men and boys actively involved in a movement that originally supported women rights. May be some clergyman, pro male pressure groups and conservative do not favor or support this involvements what I know and believe is that there is no religion in this world which promotes gender inequality nor any holy book says that women are not allowed to express love for their dreams. The rights will only be protected once men stand for women.