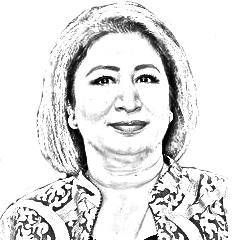 Population is not about numbers alone as its growth rate impacts on access to basic human needs, wellbeing and opportunities for all. The Population Council of Pakistan informs that 8 children are born per minute. Pakistan’s population has grown six times in size since independence with approximately 61m poor.

The biggest development challenge for Pakistan is imbalance between rising population and available resources. Pakistan is growing at an average annual growth rate of 2.40 percent counting at 208m. This is despite the trends in contraceptive prevalence showing an upward trend at 34 percent, which still remains low among neighbouring countries with highest in Iran of 81 percent and 54 percent in Bangladesh. Fertility rate has also reduced from seven percent in 1950’s to 3.6 percent, yet its highest in region with Iran at 1.9 percent and Bangladesh at 2.2 percent.

One out of every 3rd child, aged 5-16 (27 percent boys & 40 percent girl) is out of school in Pakistan. With current population growth rate, it would need 85,000 more primary schools in next 20 years.

Pakistan also has highest infant mortality rate and maternal death case i.e. 62/1000 and 12000 per annum, respectively. Fall out of higher fertility rate has resulted in 38 percent stunted, 7 percent wasted and 23 percent underweight children under the age of five. There are 155 million stunted children globally and Pakistan accounts for one out of every 15 such children. Nutrition deficiencies in Pakistan are estimated to result in 3 percent of GDP loss annually. Pakistan is 3rd most water stressed country where availability of water has reduced to 860m3 from 5300m3 of 1950’s, thus impacting access and practicing Wat-san.

Increasing population is the root cause of Pakistan’s development challenges. Pakistan is ranked at 115 out of 146 countries measured on 2018 Social Progress Index (SPI), with a score of 49.18/100. On the other hand, with GDP PPP per capita at USD $ 4,855, Pakistan stands at 102nd out of 146 countries. The SPI measures a country’s social performance independent of its economic factors. The index takes into account range of social and environmental indicators to report three dimensions of social progress i.e. Basic Human Needs, Foundations of Wellbeing, and Opportunity. Its’ premised on that strong economies alone do not guarantee strong societies. If people lack the most basic human necessities, the society is failing regardless what the economic numbers say. What really matter to real people, especially in population boom, is that e.g. Do I have enough to eat? Do I have shelter? Can I get an education? The SPI tries to measure and account for the same.

Let’s compare the emergency declared by Population Council with the SPI ranking 2018 for Pakistan to see if one validates the other.

There is always a trade-off between what is socially just and what is economically efficient. The solution is straightforward, Pakistan cannot ignore its increasing population. It needs to prioritize it in terms of clear development goals and actions that can be monitored

Population Council’s caution and SPI scorecard read together paint a similar picture which was recognized by the PM in his inaugural speech that focused on education, health, wat-san and local governance. However, given weak state of economic resources resulting in reduced Public Sector Development Programmes (PSDPs), it would be difficult to translate any good intent into a harbinger of change.

The challenge of rising population needs to be part of public discourse at highest level. Recently the Chief Justice of Pakistan and Asif Ali Zardari, Co-Chairperson Pakistan Peoples’ Party, have flagged its’ as emerging developmental challenges. Population growth impacts all social sectors alike. To attain SDGs, a country like ours, requires a sustained GDP growth of at least seven percent, which is not in our economic projection. Attaining SDGs by 2030, as per 2018 report, requires immediate and accelerated actions by countries along with collaborative partnerships among governments and stakeholders at all levels.

Translating political intent into commitment require financial resources to address not only institutional and infrastructural deficiencies but security concerns in our case. Challenges to sustainability and resilience manifest themselves differently for different population groups. Thus, the need for astute resource allocation requires focusing integrated sectoral planning to expand the resource pie; besides encouraging entrepreneurship and innovation at the level of local governments.

Fiscally empowered and functional Local Governments (LG) are key to local service delivery and community participation. Post 18th amendment, Health, education, water and sanitation, among others, have been devolved to LGs to ensure that not only communities are informed and consulted but represented in the delivery of these vital services. By connecting LGs to local business additional financing can be created to build alliances and linking contribution to social progress for measuring success of local businesses. In practical terms it may result into a local shop owner to be recognized for sponsoring a school’s playground. LG may partner with a local business person employing women and individuals from minority group by giving advertising spaces in prominent publicly owned. Globally in LG discourse the management principle that what is earned in a district must be spent in that district too is catching up.

Social protection systems have levelling effect. Benazir Income Support Programme (BISP) has the poverty score card and national data that can be utilized at range of targeted LG level interventions e.g. nutrition-sensitive or education with nutrition initiatives, increasing access to family planning, supporting access to health services, safe drinking water and better sanitation. Investing in women economic empowerment also provides them access to financial resources that globally are documented to be used for personal and family health and education.

Population control is not at top of political manifestos of the three largest political parties in Pakistan. Economic narratives are weaved to stress that we need hard investments for higher economic growth. While doing so, they believe that social investments e.g. in population control, maternal and child health, etc. can wait till economic growth is high enough. There is always a trade-off between what is socially just and what is economically efficient. The solution is straightforward, Pakistan cannot ignore its increasing population. It needs to prioritize it in terms of clear development goals and actions that can be monitored.

The writer can be reached at @yazdanifauzia