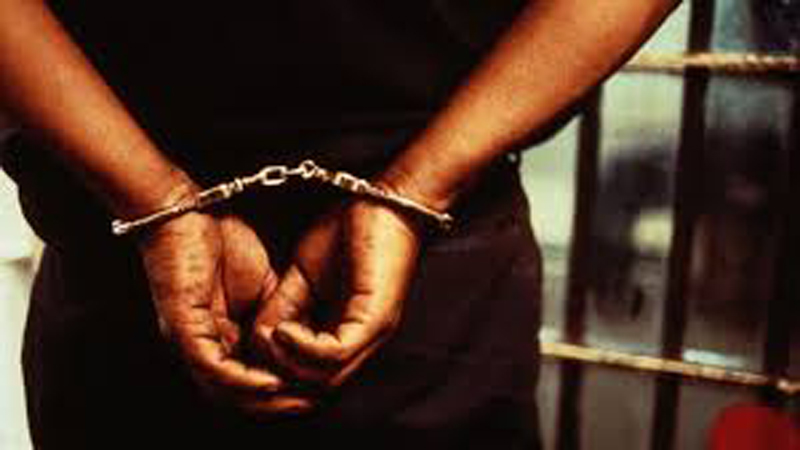 Police arrested dozens of suspects during different raids in various parts of Karachi on Saturday.

Counter Terrorism Department (CTD) claimed that they nabbed a notorious outlaw, Kashif Ali alias ‘Munna’ in an operation in Ayisha Manzil. Kashif was wanted to the police in cases of killing, robberies and vehicle snatching, ” reads the statement issued by CTD. The statement further adds that the suspect had already confessed to killing a trader on resisting a robbery in 2017 and was involved in kidnapping for ransom. According to the department, the gang led by Arif Alias ‘Tinda’ was involved in snatching cash, gold jewelry and other valuables from people outside banks and marriage halls of the city.

Meanwhile, three people were injured in aerial firing during a wedding ceremony in Machhar Colony area of the metropolis, late on Saturday night. A police source shared that a marriage ceremony was underway in Machhar Colony Alfalah Chowk. He added that friends of the groom resorted to aerial firing in jubilation. As a result, three people namely Bilal, Zurab and Rehman sustained bullet injuries.