4 reasons why Khabib is the greatest Lightweight of all time 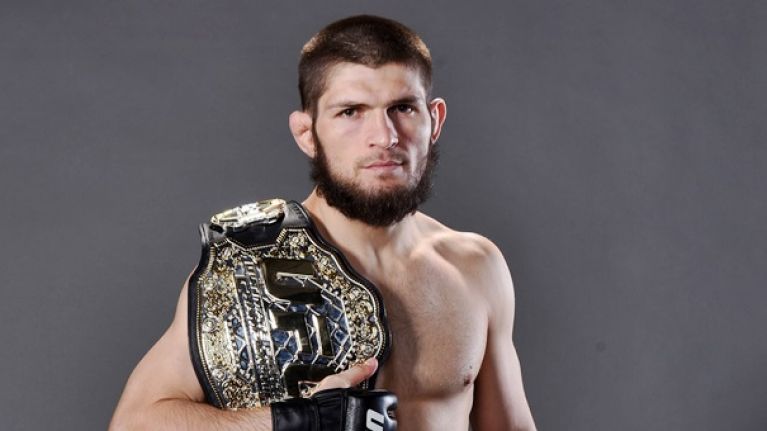 UFC Lightweight Champion Khabib Nurmagomedov is 27-0 as a professional. His recent fight against former two-division champion Conor McGregor has transformed the Eagle into one of the biggest and brightest stars in the MMA industry. That he totally decimated an otherwise unbreakable force in McGregor has shoot Khabib’s stakes sky-high.

The fight was not the only reason for the Eagle’s soaring popularity. What happened afterwards sure added a lot more in terms of fan following and reputation. Opinions are divided, however. Some people believe Khabib’s post-fight antics were ‘disgusting’, while others commended the Russian for standing up for what he believes is right e.g. honour and respect.

Before, many undermined Khabib’s talents claiming that he had not fought anyone remotely world-class and that he had a ‘sloppy stand-up’, ‘glass-jaw’ and what not. After his dominant win against McGregor, there is pin-drop silence from the Eagle’s critics. At 27-0, I would say there is none better than the Dagestani at Lightweight.

Tony Ferguson has a case, but that’s subject to a match between the two that just does not seem to come together in one-piece. The fault in their stars?

Nonetheless, here are four reasons why Khabib Nurmagomedov is the greatest Lightweight of all time.

Name a fighter that is as dominant as Khabib inside that octagon, I will wait. He’s dominance in every sense of the word. He just doesn’t beat his opponents, he smothers them. He is so powerful that fighters, who are otherwise superhuman too, feel him and are just surprised.

He fights at his own will, and his opponents fight against theirs. If you are into face-reading, and know a thing or two about it, you will know how broken each of Khabib’s opponents – Michael Johnson, Edson Barboza, Al Iaquinta and Conor McGregor – were as they were being pounded from top.

It’s obvious that if Khabib literally dominates and decimates men who earn a living by beating other men, the Russian is light years ahead of his competitors in terms of skill. Fighters only get to know just how good he is when he takes them down and just smothers them as long as he desires. 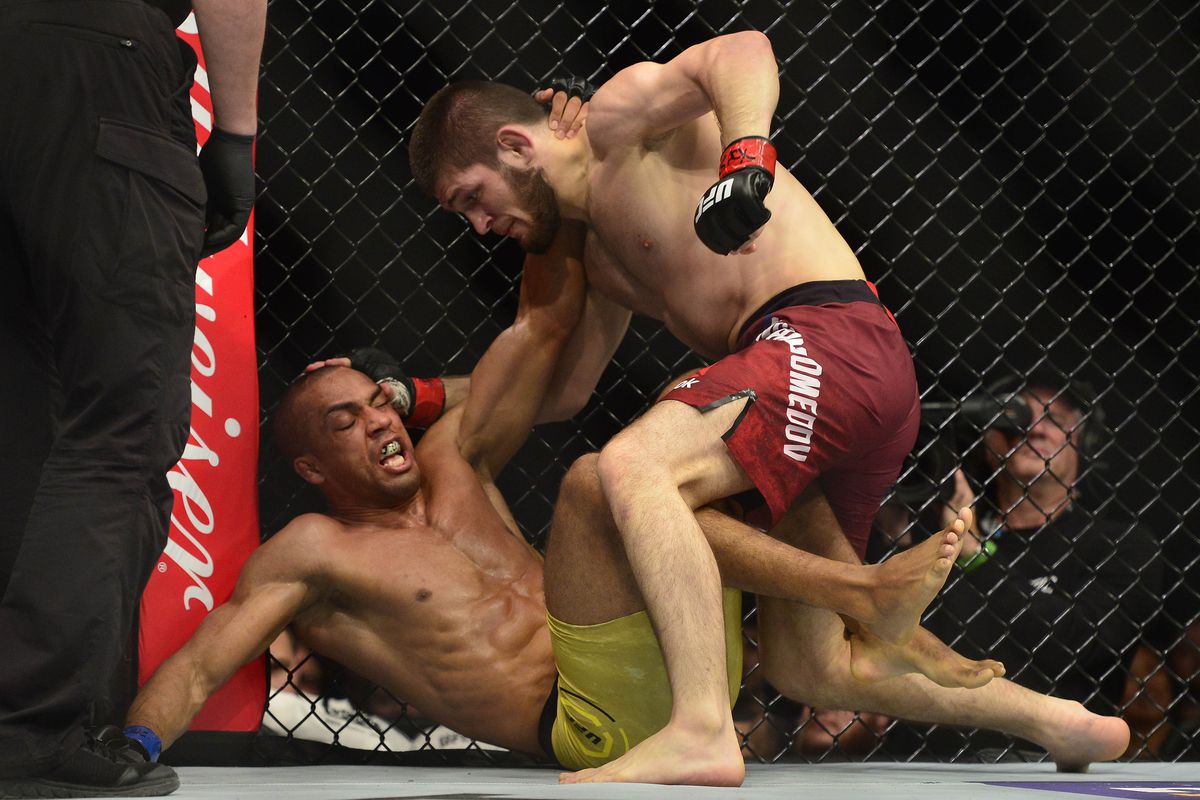 Just like a guy like Conor McGregor, who is otherwise known for making the impossible possible, looked ever so small against the humble-man from Dagestan. He fought with emotions, but did not let emotions get to him until he choked his competitor out (everyone has a breaking point).

Prior to fighting Conor McGregor, a lot of people were wondering whether Khabib would be able to withstand the Irishman’s onslaught, or whether he has the chin to withstand McGregor’s bone-thrashing left-hook. Turns out, he does not only have a solid chin, he has exceptionally underrated striking and the huge advantage of his wrestling. 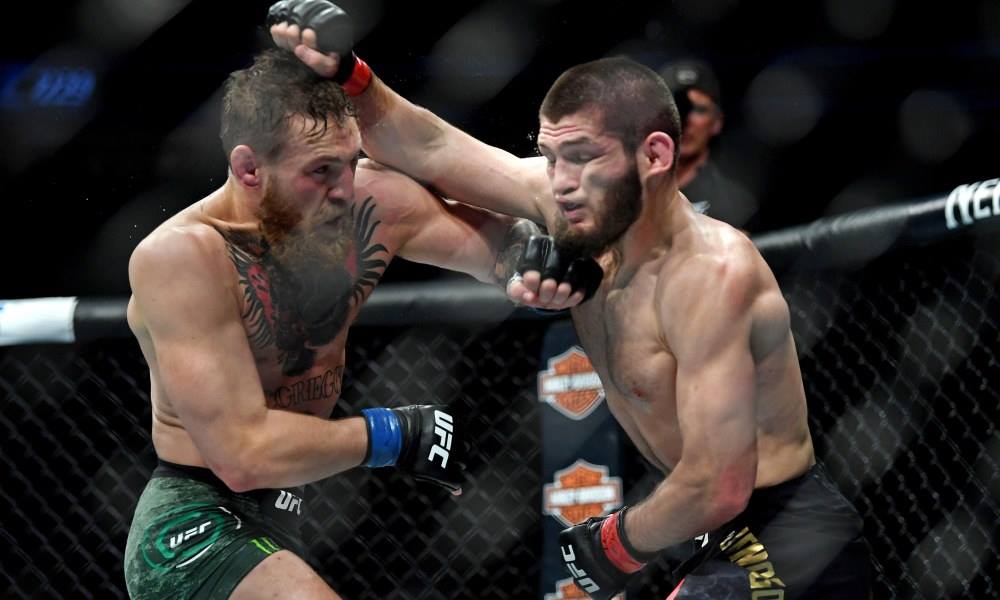 He is unpredictable, not stylistically (we all know he does one thing and that’s smash). What makes him unpredictable is that no one knows how good he is or what his limits are. I don’t blame anyone, you can’t truly know a man’s limits until he is tested. That is why Khabib is unpredictable.

1) Does what he says would do

You would not really trust a fighter if he tells you he’s going to do so and so to his opponent. It’s all part of the trash-talk. Each fighter visualizes the fight in their heads, but only a few execute their plans to perfection.

When McGregor says “I am going to maul you”, that’s 9/10 times trash-talk. Although McGregor does do what he says at times, he sure has failed on several occasions. But when Khabib says: “I am going to make him tired, play with him, smash him, make him humble and make him tap”, you better believe. 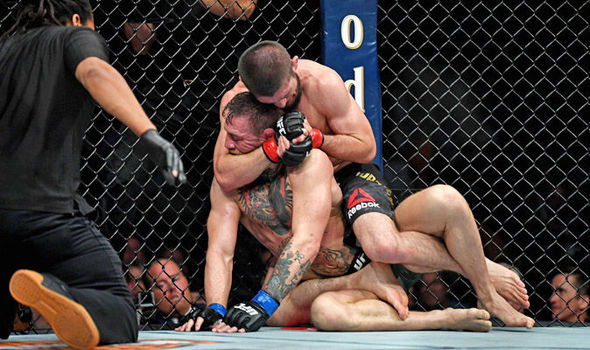 He did what he said he would do. He made McGregor tired. Then he ‘little bit’ played with him on the ground. Then he smashed him. Then he made him so humble that the Irishman had to say ‘it’s only business’ in between rounds, and then made him tap. All ticks on Khabib’s check-list.

Have anything to share? Write in the comments sections below