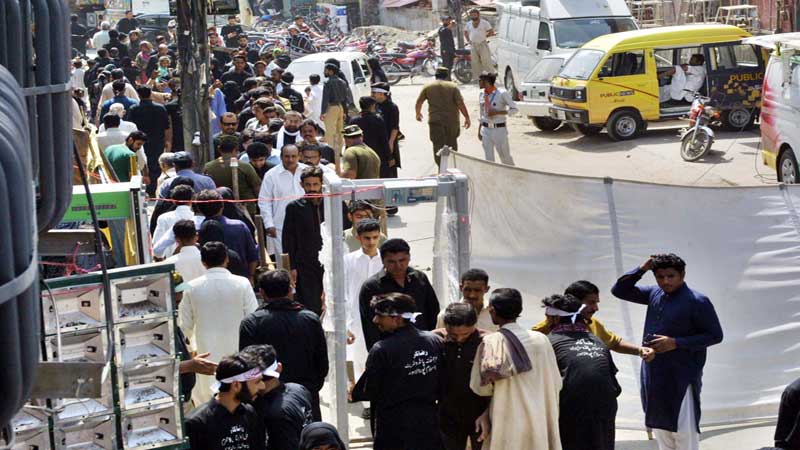 LAHORE: To pay tributes to the esteemed martyrs of Karbala, more than 500 mourning processions and majalis (religious congregations) were observed in the provincial metropolis on the eve of Youm-e-Ashura on Thursday.

On the occasion, police and other law enforcement agencies carried out foolproof security arrangements for the protection of mourners. Security personnel including volunteers allowed people to enter the premises of imam bargahs and processions after complete checking at three points.

Thousands of mourners including children, women and elders participated, loudly chanting nohas and struck their chests by recalling the incident of Karbala.

All streets and shops remained closed en route of precessions due to security risk. Special free food stalls (langar) and sabeel stalls were setup for participants by locals and the administration of processions. They distributed juices, milk, haleem and other food items among people.

On the eve of Muharram 10, the main Zuljinah and Alam procession was taken out from Aza Khana Pando Street in Krishan Nagar amid tight security. 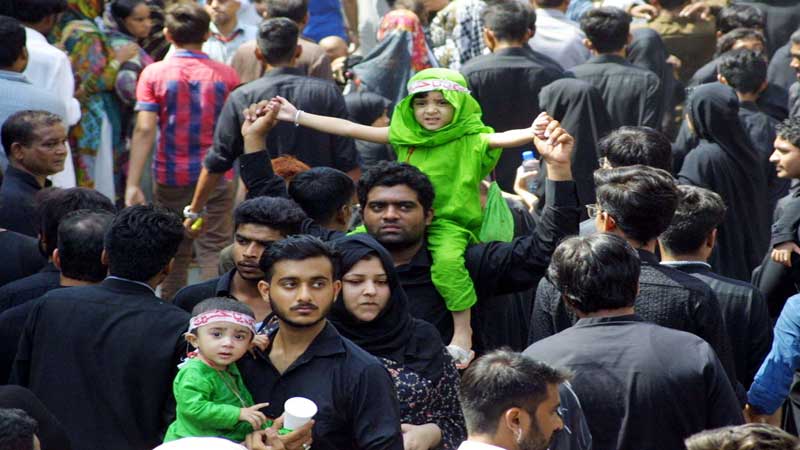 Several processions were also observed in other parts of the metropolis including Wasanpura, Shadman, Raiwind, Model Town, Samanabad, Abbot Road, Islampura, Sodiwal, Walled City, Batapur and other vicinities. Clerics and religious scholars shed light on the tragic event of Karbala and described in detail the supremacy of Islam and sacrifices rendered by Hazrat Imam Hussain, his family members and aides. Another mourning procession was taken out from imam bargah Qasr-e-Batool Shadman which ended at Cornel House, Shah Jamal. Thousands of mourners marched along.

The numbers of closed circuit television cameras and high voltage lights have been considerably increased to ensure crystal clear recordings in the surveillance cameras as well as for foolproof vigil on the highly sensitive areas especially Karbala Gamay Shah and adjoining areas.

Deputy Inspector General Operations Shahzad Akbar said that Youm-e-Ashur taught us peace, patience and to remain steadfast with the truth and in the light of inspiration drawn from their eternal reality, the city police would leave no stone unturned for safeguarding the life and property of citizens.

DIG said that Lahore police would perform their duty as a tribute to the greatest sacrifice of Imam Hussain. He said that harmony and peace would be ensured at all costs during Youm-e-Ashur and any negligence would not be spared in this regard.

He added that all senior police officers would monitor the security at majalis in their respective areas to ensure peace and harmony during Youm-e-Ashur. He said that any violator would be arrested immediately and stern legal action may also be taken against him.

He also said that all the station house officers would visit the majalis venues and brief the deputed officials about the duty. He said that the administration of imam bargahs would also be deputed with police officials at the entrance to check dubious persons.

He said that city police and traffic police high ups have strictly directed all officers to keep an eye on anti state elements especially on procession dispersal time in order to avoid chaos or any untoward incident.

All government hospitals have also made necessary arrangements in order to combat any emergency situation on Youm-e-Ashura in order to ensure round the clock medical aid to the patients.

Talking exclusively to Daily Times, all government teaching hospitals administration claimed to have made foolproof arrangements to provide maximum possible emergency medical cover to mourners in the city. The administration of government hospitals said that the staff including doctors, nurses and paramedics will remain alert and those working in Emergency ward would not be allowed leave during these days.

The Out Patient Department of the hospital will be closed today and staff of the department would serve at emergency and other wards.

They added that in accordance with the directions by Punjab Health Department, special arrangements have been made to ensure first aid for mourners in case of emergency. They said that additional staff has been deputed at Emergency Ward along with separate beds under special duty roaster specified to help the mourners.

Moreover, the Blood Bank in-charge has also been directed to keep enough stock and necessary drugs have also been ensued, he said, adding that ambulances will remain at standby round the clock while an administrative doctor will also be available at the control room of the hospital.