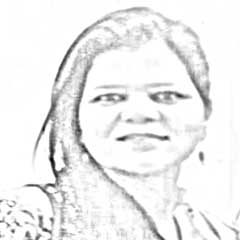 Smashing the myth that she enjoyed a luxurious life as the first daughter of the country, Maryam Nawaz is serving a sentence in Adiala Jail. She is now paying back.

I found myself taking my first trip to Adiala jail early on a Thursday morning. On the way, I asked a traffic warden which road would take me to Adiala Jail. He sarcastically replied, “Madam, people seek refuge from this name and you want to go there!”

I finally entered an unfamiliar enclave, gate after gate, registering my entry, passing by halls, and through high roofed thin corridors that took me back to a colonial era of suffocation and terror. With an overwhelming sense of confidence and achievement, I thought to myself, “Yes, in a short while, I will be seeing and talking to a woman shaped into a leader, and a former premier of the country whose democratic transformation has inspired me”.

In a separate smaller conference room, Maryam Nawaz greeted me with a pleasant smile and twinkling eyes that betrayed hope. After a small chat, she revealed that she had finished reading six books during her stay here. She sounded like a woman with a certain sense of resilience, honour and dignity. This marked her as a leader who knew her role in a time of crisis. She emits energy to her followers and conveys a message that vows never to be shattered during hardships. Her body language showed she was in high spirits. It was reassuring to see this coming from one of my kind, a woman.

Maryam Nawaz is not a lone woman, rather, she is a symbol for millions of Pakistani women who are moving beyond the shackles of numerous intimidating taboos

This all reminded me of the criticism she got when she first entered politics. The breakthrough is humongous and easy to take off with. Yet, she enabled us to witness a contrary picture by appearing before the NAB court besides her father 108 times. Her presence in jail reminded me of the stories I had heard about Shaheed Benazir Bhutto and how she had been thrown in jail during her political career.

For me, Maryam’s ongoing stint in Adiala is a symptom of women’s changing status in Pakistan. Maryam Nawaz is not a lone woman, rather, she is a symbol for millions of Pakistani women who are moving beyond the shackles of numerous intimidating taboos. Yet, we are still waiting to wholeheartedly accept women as strong, resilient and possibly leaders.

Right at the outset of my 40 minute long meeting with Nawaz Sharif and Maryam Nawaz in a comparatively bigger room, I was pleased to see Mir Hasil Bazenjo. He hailed me as a young girl who had met him 15 years earlier in Balochistan while digging up the history of student politics in Pakistan.

Suddenly, a police constable reminded us that time was up. As Maryam and I hugged each other goodbye, I heard her wish for a better Pakistan. A Pakistan where women were free to pursue their goals. Times have changed. We cannot bar women from leadership roles any longer.