'Punjabis own her, she is admired in KP, Sindh and Balochistan as well. They all admire her courage as she speaks for the civilian rule. Nation see her a new beacon of hope' 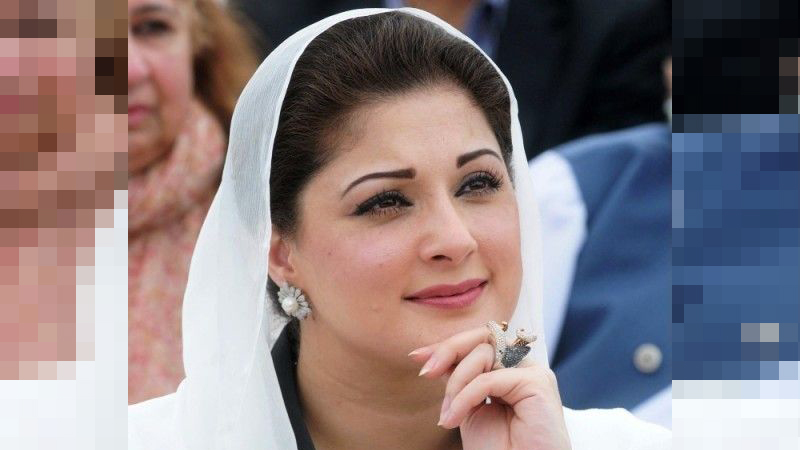 She had a choice, either  enjoy the  breeze of  London or return to country to face the music.
However, she chose the tough path,which very few adopt to march on.

She was treated disparagingly and her character was stigmatized soon after her marriage. Her high-cost dressing made the headlines of media and was made controversial.

She had not held any prestigious post of the government, neither had she done mass corruption. She stood with her father courageously and perhaps, she was sentenced to 7 years jail as a punishment for her democratic narrative akin to her father. Moreover, she did not give up struggle during last five years for civilian supremacy. She went against the tide and talked against the wave. She has risen as a charismatic leader of the youth.

She is visionary leader with shining eyes. She owns no business and has no connection with the Hudabiya.

She is a responsible mother who brought up her children keeping her political activities continued.  Despite having ideological differences with her husband, she kept her relationship going pretty well. She is a very daring daughter. She left no stone unturned in campaign for her mother during by-elections in 2017. Similarly , she kept visiting her mother during her illness in London hospital. Her personal interaction with youth has made her immensely popular among young generation.

Many sane folks still wonder what is her fault. Is it her mistake that she was born to
an elected Prime Minister who was ousted on not taking the dictation?

Punjabis own her, she is admired in KP, Sindh and Balochistan as well. They all like her courage as she speaks for the civilian rule. Nation see her a new beacon of hope.

She, along with her proud father, she returned back home on April 13th, 2018 to face the. This may be just a start of  a new challenge  but she had valour to face the hard-times. Thus, Pakistan has got a charismatic democratic leader in the form of none, but Maryam Nawaz Sharif.

The writer is a performing artist, motivational speaker and social activist. He can be followed at
https://twitter.com/BasitSubhani