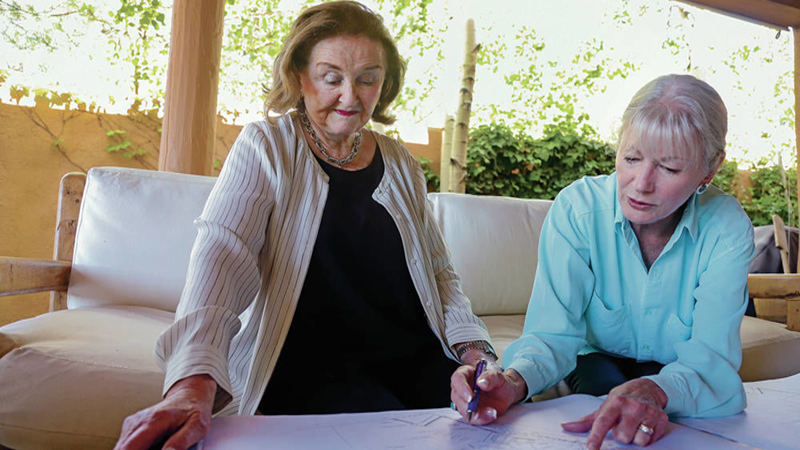 A photograph of Elizabeth Tschursin sitting in the snow-capped Karakoram Mountains in Pakistan hangs over a doorway in her mother’s Santa Fe home.

“That’s when she was the happiest,” said Diana MacArthur, who calls her daughter Leeza.

After Tschursin took her own life in 1994 at the age of 39, MacArthur longed for a way to honor her daughter. She found the answer more than a decade ago in a remote region of Pakistan where Tschursin had taught science years earlier.

On Tuesday, the Al-Murtaza Academy’s Elizabeth Tschursin Memorial Campus – a $3.5 million school located in the remote Hunza Valley of Gilgit-Balistan – opened its doors to about 400 Pakistani students. MacArthur, the project’s leader, said the school will not only commemorate Tschursin but also give new life to a community she had adored.

The campus will be given to the Aga Khan Foundation, an international nonprofit, during a celebration Sunday. The foundation, which will help with maintaining the school, “has the finances and can pour resources on the community,” MacArthur said.

Tschursin grew up in Washington, D.C., and spent time in Santa Fe, visiting her grandparents and hiking in the Pecos Wilderness. She graduated from the College of Santa Fe in the 1980s, earned her master’s degree in biology from Georgetown University and then got her doctorate in microbiology from George Washington University in 1993.

Each success, MacArthur believes, was a way for Tschursin to prove herself, to “uplift herself.”

But “she was emotionally delicate and she eventually fell into a depression in which she could not escape,” MacArthur said.

In 2007, MacArthur, now 85, traveled to Pakistan, visiting places her daughter had been, including the Al-Murtaza Academy, where her daughter taught for a few months when it opened in 1993. While there, something sparked in MacArthur.

“This is it. This is the place. … If I really want to do something for my daughter, this is where I’ve got to do it,” she said she had thought at the time.

She asked the Al-Murtaza Educational and Social Welfare Organization if it would accept her help. A year later, a proposal was drafted for a state-of-the-art, environmentally friendly building “surrounded by beautiful mountains, glaciers and otherwise barren landscapes,” MacArthur said. Construction began in March of 2013.

Architect Lila DeWindt of Albuquerque served as a consultant.

But the campus project wasn’t about Americans converging on a remote village and “doing things our way,” MacArthur said. It was about empowering the Pakistani community.

“Eighty percent was built with local power, with local tools and local know-how,” she said, adding that throughout the process, Pakistani laborers learned about insulation and plumbing. “We introduced good engineering practice, which was not in use in this area.”

Over the past 10 years, MacArthur has traveled to Pakistan 20 times, gathering designers, planners, lawyers, developers, accountants – a “reliable system of project control and administration.”

The result is a three-story, earthquake resistant building, with hand-chiseled granite blocks sourced from a local quarry and a rooftop overlooking Rakaposhi Mountain. A crimson spiral staircase runs down the exterior and an 18,000-gallon water tank is installed above the school.

The use of chemical-free materials was a top priority and helped make the school among the first in Pakistan to be part of the Green School Programme of the Worldwide Fund for Nature-Pakistan, which offers lessons in botany and nature photography.

The building includes an assembly hall, a security system, a nurse’s station, computer labs, art studios and a 24/7 library.

Chalkboards, desks and computers – internet-ready for when the village obtains reliable service – were provided by the Aga Khan Foundation.

The school, which sits on 2.6 acres, will accommodate 24 teachers and eventually up to 700 students through 12th grade, and has space to expand an early childhood development program.

“There is hope in that community. They will continue to grow,” MacArthur said. “This is considered an amazing advance in every way.”

Flipping through photos of the campus, MacArthur said she is certain Leeza would be proud.

“[My daughter] is watching over this school,” she said, looking up at the photo of her daughter. “When you see her sitting on the side of the mountain … it looks like she belongs there.” 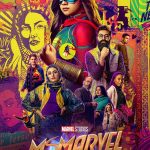 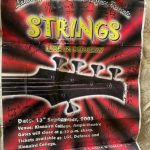 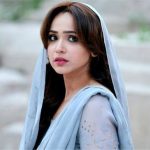 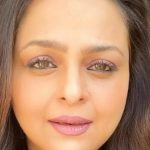 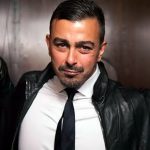