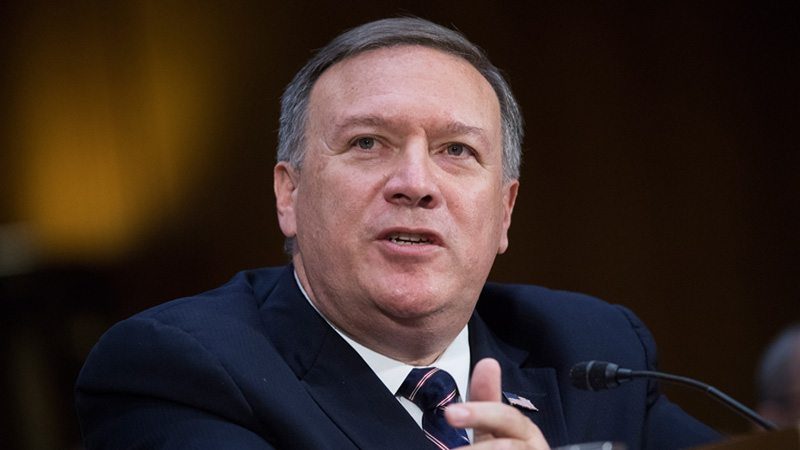 United States Secretary of State Mike Pompeo will be stopping in Islamabad en route New Delhi on September 5. His visit will provide an opportunity to both sides to interact with each other directly for the first time after the change of government in Pakistan. The issues in Pak-US relations remain the same, however, there is an opportunity for a fresh start, as a new government will now represent Pakistan.

The key question remains whether Pakistan will change its policy towards the US, or will it be able to convince the Americans to change theirs. Secondly, how shall we assess the impact of Donald Trump’s presidency on the US policy towards Pakistan?

Pak-US relations have reached a breaking point more than once in the past – after the killing of Osama bin Laden and the Salala incident in 2011 and the killing of Mullah Akhtar Mansour, Mulla Omar’s successor, in a drone strike in 2016. However, Pakistani assurances of course correction, and US assessment of a complete break in ties as a costlier option has prevented the possibility.

There has been a constant US demand from Pakistan to ‘do more against terrorist sanctuaries in Pakistan’. In response, Pakistan has held that it is in fact doing more than any other state.

US expectations from Pakistan have been that it will not permit the use of its territory by Taliban or their supporters against NATO forces and the government of Afghanistan, and that it will use its influence over the Taliban to make them sit with the Afghan government to reach a settlement. Pakistan has taken action on both fronts: military action in formerly FATA region, the National Action Plan (NAP) against terrorism, the Taliban office in Qatar, and negotiations in Murree. Yet the US has not been satisfied, and hence the demand to ‘do more’. With time, and after every crisis, the mistrust has increased.

To be fair, both Pakistan and US want peace in Afghanistan. However, their definition of peace and the road towards it appears to be in contradiction. Pakistan wants assurance of minimum Indian presence in Afghanistan. On the other side, it wants a strong say in Afghan affairs, if not total control. But the US is not ready to trust Pakistan and is also restrained by its continuously improving relations with India. Pakistan is also not ready give up on its policy motivated by threat perceptions from India. Pakistan is also not ready to trust US commitment to Afghanistan or its action against the Taliban. Pakistan fears that the US may abandon Afghanistan any time, leaving it with enemies like the Haqqani Network and other religious extremists who may turn against it, in case of any real action against them. Pakistan feels strong due to its location and the belief that the US is dependent on it, which has recently been strengthened by the growing distance between China and Russia, on one side, and the US, on the other. Pakistan is banking on its close relations with China, and therefore, it does not feel pressed to make any radical change in its position on the Afghan question and the US.

However, under Trump, the US is more aggressive than it was under Barrack Obama, or even under earlier Republicans. Trump’s declaration against Pakistan that it was not taking action against Taliban safe havens on its territory in August 2017 was followed by suspension of $1.5 billion in military aid in January this year. Pakistan has not budged from its position.

The recent statement from the US to oppose Pakistan’s bid to get IMF bailout package for its economy, and the latest cancellation of $300 million in aid is in line with the US policy of continuously increasing pressure on Pakistan. That the latest development comes on the eve of Pompeo’s visit implies that the US is unlikely to review its policy without reciprocal action from Pakistani side.

In this backdrop, its is safe to suggest that the new government in Islamabad faces a serious foreign policy challenge. Despite the tragic-comedy of the manner in which Imran-Pompeo telephonic call was reported in the media, Pakistani side has shown signs that it understands the need to keep relations with the US from getting worse. The way the phone controversy ended with the Foreign Office insisting that it did not intend to continue debate over it, and Foreign Minister Shah Mehmood Qureshi’s statement on the need to remove misunderstandings is indicative of this change in mood. The Finance Minister’s recent statement that Pakistan does not plan to use IMF funds to repay Chinese debt also seems to be aimed at the US – an attempt to remove the latter’s concerns on the subject.

The extent to which Pakistani diplomacy is able to make Americans understand its position on Afghanistan is yet to be seen. But Pakistan must avoid bravado in its relations with the US at all cost. There are limits to China and/or Russia extending the kind of support the US has to Pakistan. To be cornered is never a sign of good diplomacy. Pakistan made a mistake in 1950s by putting all its eggs in the American basket. It will be doing a worse mistake today if it takes out all its eggs from that basket, and tries to put them in another. It must understand that there is no other basket at the moment that is big enough for the purpose. Pakistan needs to keep options open.

Finally, the Information Minister of the current government has maintained that civilians and the armed forces are not just on the same page, but they also read the same book. This is good news. The question remains, however, what book is it that they are reading. Hopefully, it is a new book because it seems that this time around, the crisis in Pak-US relations will either more towards resolution, or collapse. Postponement seems to be highly unlikely.

The writer is the former chairman and professor at the Department of International Relations, University of Peshawar