The science behind power of words 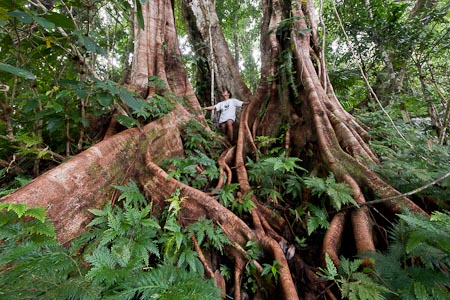 Solomon Islands consist of six major islands and over 900 smaller islands in Oceania lying to the east of Papua New Guinea and northwest of Vanuatu.

There is a famous myth that when the islanders of the Solomon Islands of the pacific want to cut down an enormous tree that seems difficult to chop down, they perform a special kind of curse. when you search for it on Google, they call it curse  magic. The use of word magic here is interesting. When humans do not understand something, it either doesn’t exist for them or it is plain magic.

According to the myth, the people of Solomon Islands yell and say negative things, at the top of their voices, to the trees. As a result of this negative energy transmitted to the tree, the tree dies and falls to the ground in some days. Many people have researched this old myth and even visited the place but the claim has not proved to be true. The locals, however, still believe it. Can we technically prove it?

There are many studies and experiments done on plants in which the same plants were placed in three separate rooms. In one room kind words were spoken, in the second harsh words were spoken and in the third room, there was pin-drop silence. The results showed that the plants which were exposed to kind words grew a little more than the other two. What does it show?

It shows that words are important. They effect all living beings. If they can effect plants, imagine the impact they would have on humans.

When we speak, the sound waves not only carry the message spoken but also creates an impact on the person on the receiving end.  At times, this impact lasts forever. If it’s sweet it can boost a persons energy and bring out good.

But the problem occurs when the words are poisonous. They become a parasitic plant that resides inside that person and his life gets stuck in that point of time.

At times we hear people say that  ‘you weren’t hit or injured’ , ‘those were mere words’. The point is that despite many discoveries and inventions in science and in medicine, we have nothing that can measure the amount of pain a person suffers caused by someone’s inappropriate language.

A Japanese scientist and water researcher Dr. Masaru Emoto has revealed that thoughts and vibrations effect the molecular structure of water.

After studying water for many years through high speed photography of water crystals and by the use of MRA, a vibration measuring device to record emotional vibrations in humans, Dr Emoto observed that water reacts to the sound vibrations.

The water crystals formed beautiful geometric shapes when words of love and gratitude were spoken near the water. But when evil words were uttered near another sample of water taken from the same source the crystals smashed, they turned into destructed shapes. The pictures show the observations of Dr. Emoto. 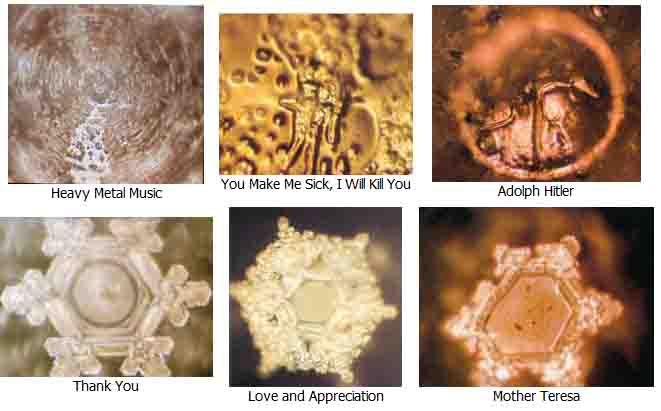 The research of Dr. Emoto showed that water has memory and effects on things, for instance plants, trees and above all humans.

It can have a strong impact on human consciousness, since a human body contains 70% water. So the words we hear have impressions on our heart and mind because the water inside reacts accordingly. Dr. Emoto’s research provides enough evidence that the person complaining of someone’s bad attitude is hurt and is reacting for a reason.

It’s important to know how we can make someone’s day or ruin it with mere use of words, at times without even realising how harsh or productive they were.

According to research, the water content in trees varies but some have 50% and some even 77% to 90% water. Now, does this justify the Solomon myth? By applying the same water research to this myth, we might find out if the islanders speak the truth.