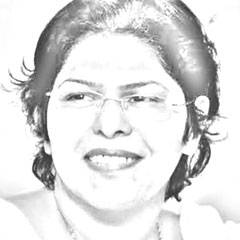 It was just a few days ago that the new Foreign Minister (FM), Shah Mehmood Qureshi aggressively laid claim to taking ownership of foreign policy making. Watching him thump his fist on the dice, I so much wanted him to read legal cases in which parentage is contested between the biological and foster parents. In many cases, supervision and control of the child is granted to foster parents because of emotional dependence of the child or the fact that their economic conditions are comparatively better. Not that the biological parent cannot reclaim parentage, but re-possession becomes impossible unless a definitively convincing case is made.

The FM indeed did not have a good start, with the fiasco of the telephone call between the new Prime Minister (PM) Imran Khan and US Secretary of State Mike Pompeo. The Foreign Office (FO) reportedly claims to have been in the dark about who advised the new head of government to take the call, or what the conversation was. It is quite obvious that Qureshi was not in the loop. According to the minister’s own press briefing on August 24, he was in Multan during the call and was called by his secretary about the fiasco. It is unlikely that the FO did not know, as it is informed in advance about such VVIP calls. Someone from the State Department must have contacted someone at the FO via the US embassy in Islamabad to confirm that the PM was ready for the call that took place on August 23 at around 7PM (PST). Interestingly, Qureshi went to Multan instead of waiting with the PM for the call. Unless instructed otherwise by the PM, the call would have been listened to and notes taken by someone at the FO.

Soon after the call, the US State department issued a ‘read out’ of the call which was later tweeted. The FO responded by tweeting its response late in the evening after 9 PM, in which it was demanded from the American to withdraw their statement. Perhaps, had the FM been in charge of the entire call business he might not have taken such a harsh stance. Being an experienced FM, Qureshi is aware of how diplomacy is conducted, especially with an arrogant superpower. Later during his press briefing, the minister did standby his ministry’s claim but his tone was far more controlled than the FO spokesman’s. But at the risk of repeating, the briefing made it clear that the FM was more of a bystander than a real player.

Here is an issue of an obvious difference of opinion between the political FM and the state bureaucracy. The former is certainly conscious of the fact that despite Islamabad’s anger over several ‘let-downs’ by the US or Trump’s hostility, or hope of Chinese assistance, Islamabad needs to improve ties with Washington. Though highly unfortunate, the fact remains that a more diplomatic handling of the matter was beneficial. Now Mike Pompeo’s visit to Pakistan may be in the doldrums as the State Department has, thus far, not confirmed any schedule of the Secretary of State’s visit to Pakistan around September 6. Even if he does come for a few hours, he would reiterate what the FO claims was not mentioned in the phone call.

The FO was also quick in distancing itself from the populist PM’s offer to India for help during the Kerala floods. There was yet another controversy regarding exchange of messages between the Indian PM and Pakistan’s betraying a sense of friction between goals of the political government and the FO. It reminded me of the time when Shah Mehmood Qureshi became the FM during the PPPP government (2008-2013) in which he made a trip to the UK soon after taking charge. During a dinner at the High Commission, which was being run by former ambassador Wajid Shamsul Hasan, the minister spoke about his desire of being the first one to visit India and improve ties. It couldn’t happen nor did his President wish to do the same. In fact, some powerful bureaucrats sitting at a table farthest away from the minister’s could not help but smirk at these claims. Political masters in Pakistan have failed to comprehend the cost of making populist claims, especially when they are riding the foreign policy tiger.

In any case, Shah Mehmood Qureshi would have to tread carefully in running a policy whose reins he seems to be struggling to hold. The design and structure he has inherited does not match his soft-spoken nature and the needs of realpolitik. Or, at least, he may not be the one defining the concept of realpolitik, which is not necessarily about increasing power of the state through multiplying firepower all the time or being aggressive but about caution, self-restraint, assessing strengths and challenges, and building multiple alignments. Besides making use of national capacities, a foreign policy ought to reflect the reality of a state’s position in the global hierarchy. Excessive aggression from a resource dependent state is either a very bureaucratic formula or denotes social aggression that has swept through the country into the foreign policy.

Pakistan’s government could advise Mike Pompeo to do something about his anger management but he has greater capacity to engage Pakistan indirectly through America’s new strategic partners in Riyadh. Furthermore, we cannot keep pretending that we are eager to improve ties with Washington. So, lets get down to some brass tacks rather than trying to excite the US indirectly by claiming that we are shifting our military training to Russia, which, in itself, is a major shift if done at a strategic level.

As for the FM, he needs to focus on leading the FO (hopefully not by insulting or sacking people) according to the PTI manifesto. However, that would require better coordination with the head of government and the Cabinet on what Pakistan’s achievable foreign policy goals should be. There is always the distance between the ‘cup and the lip’.