Why should I idealise Quaid I Azam?

'Mr. Jinnah was the man of upright character and man of words. Even the political opponents of Mr. Jinnah credited him for many reasons about his charismatic personality' 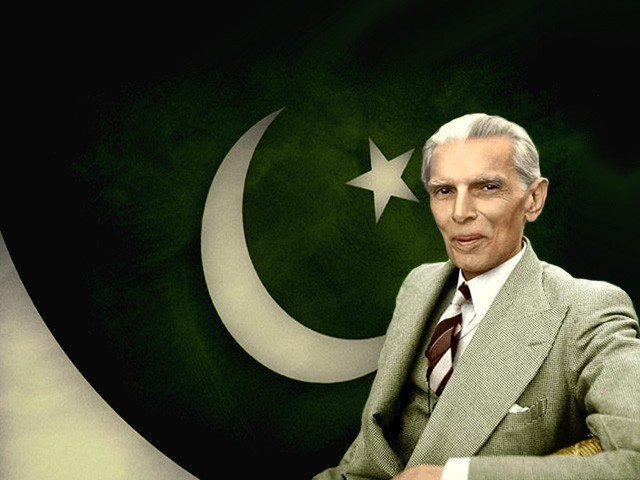 The life of Quaid-e-Azam Muhammad Ali Jinnah guides us for faith, discipline and selfless dedication. The leaders like Quaid-e-Azam lead to success on the basis of their wit, wisdom and character. They use the power of leadership bring about constructive change to the well-being of the nation.

Mr. Jinnah was the man of upright character and man of words. Even the political opponents of Mr. Jinnah credited him for many reasons about his charismatic personality. Mrs. Vijay Lakshmi Pundit, a prominent figure and sister of Nehru once said:

“If the Muslim League had 100 Gandhis and 200 Azads and Congress had only one Jinnah, then India would not have split.”

The statement reflects the simple fact that only Jinnah fought the case of the Muslim nation in India and won it by force of argument.

His firmness on the road, which he considered true, helped him achieve the desired goal. Jinnah began his political career at the Indian National Congress (INC) and has been an active supporter of Hindu-Muslim unity for some time.

The Lucknow Pact in 1916 underlines the success of his efforts in this regard. He joined the All India Muslim League (AIML) in 1913 and took center stage in a short time due to his political acumen and hard work for the greater cause.

At the end of 1910, MK Gandhi also appeared on the political horizon of India. He joined the Congress after gaining fame for defending the causes of the Indians in South Africa. Gandhi and Jinnah were both from Gujrati families of similar size.

However, the similarity ended there. Jinnah was a serious man in the true Edwardian mold, while his Gandhi was still a Hindu saint.

His entry into the Indian National Congress in late 1910 announced a progressive “Hinduism” of the party. As their members took the lead, liberals like Jinnah and others were pushed aside.

Today, we need honest, competent and dedicated leadership, such as the founder of Pakistan, Quaid-e-Azam Muhammad Ali Jinnah. Only the intellectuals, competent, faithful, leaders like Quaid-e-Azam Muhammad Ali Jinnah, know the price of a constructive education. As we know, education complements the human spirit and allows us to think in the right direction and make bold decisions in the good sense of the Pakistani nation.

Dear Muhammad Ali Jinnah, this nation has been facing multifaceted problems. People with high authority and power are more responsible. We can see that bribery is paid repeatedly to allow incompetent and unqualified people and businesses to make undue profits.

“Service is the cornerstone of the state, governments are formed, governments are defeated, prime ministers come and go, but you stay and, therefore, have a great responsibility to assume”.

The presidential speech of Quaid-e-Azam before the All Muslim League, Lahore, March 23, 1940.

“Move forward as a servant of Islam, organize the people economically, socially, educationally and politically, and I am sure that you will be a power that everyone will accept.”

It is time for us to organize people, especially our young people organize themselves socially, economically, politically and pedagogically. Let us unite ourselves to the nation without faith, unity and justice. Only prayers are not enough for Pakistan’s welfare. Now is the time to do practically. God gave the nation the reason to solve their problems and distinguish between good and evil to choose the right path.

As Quaid-e-Azam Muhammad Ali Jinnah said, criminals and corrupt people should be punished strictly at all levels and treated with an iron fist. Nobody is protected when the issue is dishonesty, corruption, bureaucrats, politicians and high officials, who claim to have plundered wealth, are not safe from corruption.

Tribute to honest national heroes, such as Quaid-e-Azam, as they are a symbol of struggle, admiration and wit for young people. All citizens of Pakistan, regardless of age and occupation, are beginning to perform their own tasks. This is possible when people become aware and distinguish between good and horrible.

We all need to follow the motto of Quaid-e-Azam Muhammad Ali Jinnah, unity, faith and discipline.