NAB chairman — a man of action 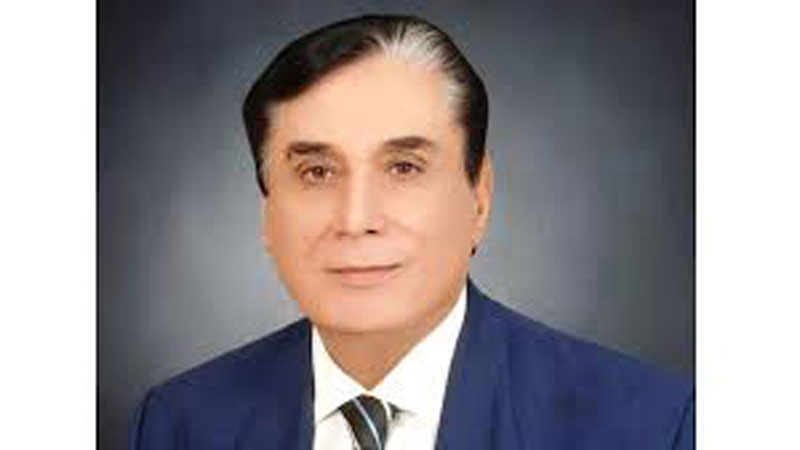 Corruption is mother of all evils which is silent killer and is one of major hurdle in the way of Progress and prosperity of Pakistan. NAB under the leadership of worthy Chairman NAB Honorable Justice Javed Iqbal is absolutely committed to eradicate corruption by adopting “Accountability for All” policy through Zero Tolerance and Self Accountability across the board. Being apex anti-corruption organization of Pakistan, NAB was established to eradicate corruption from the country and to recover looted money from corrupts. Today NAB has recovered Rs. 296 billion from corrupt and deposited in the national exchequer which is record achievement. NAB has filed more than 1200 corruption references in respective Accountability Courts in different parts of the country against corrupt which are under trial. NAB is planning to file applications for early hearing of all the references under trial in respective Accountability Courts so that looted money should be recovered from corrupt and deposit in the national exchequer which will help in increasing the remittances of Pakistan and development of the country would be completed well in time. Due to its effective actions and 77 percent conviction ratio, NAB is role model institution among SAARC countries and its performance has appreciated by all reputed national and international organizations.

This is just because of the proactive Anti-Corruption Strategy of Awareness, Prevention and Enforcement adopted by the present Chairman NAB Honorable Justice Mr. Javed Iqbal and involving all segments of society especially youth to aware them about the ill effects of corruption at an early age. Today, NAB is the only organization who has established 55 thousands Character Building Societies of students throughout the country. Due to this reason, today eradication of corruption is the voice of the whole nation and NAB under the dynamic leadership of Honorable Justice Mr. Javed Iqbal, Chairman NAB is fully geared up and perfected its procedures to come up to the expectations of the nation for corruption free Pakistan.

Honorable Justice Javed Iqbal Chairman NAB believes NAB is not for victimization against anyone. NAB would not be used to take revenge from anyone. He urged NAB officials to complete inquiries and investigations strictly on merit that too without caring about any duress or favor.

In last about nine months, NAB has recovered 2200 million from corrupt and deposited in National Exchequer. NAB has arrested 330 people in different cases. Chairman NAB had taken notice of various complaints and ordered inquiries on issues including corruption reports in Multan Metro Project, corruption reports in 56 public limited companies, Existence of 435 offshore companies of Pakistanis in Panama and British Virgin Islands, Corruption in construction, expansion of Kachhi Kanal, return of housing societies’ plundered money reports, arrest of 35 absconders. RDA, ICT and CDA have started placing details of illegal housing societies on website and also inform the people through advertisements. Furthermore, the Chairman has started listening public complaints on every last Thursday of the month and directed DGs of Regional Bureaus to listen public complaints related to corruption in their respective Regional Bureaus. The same order was conveyed to all DGs and they have listened the complaints of citizen at their respective bureaus. The response from citizen was very encouraging and they appreciated the initiative of Chairman NAB for opening the doors of NAB for general public. Chairman NAB had also summoned three Executive Board meetings and authorized filing of references in various Accountability courts after due deliberation. Country owed $90 billion while mobile companies were not paying approximately taxes amounting to Rs 400 billion to FBR. NAB has pointed out to FBR to take up the issue.

Honorable Justice Mr. Javed Iqbal, Chairman NAB during four months has not only implemented “Accountability for All” policy across the board but also due to NAB’s actions, today NAB’s performance is being lauded by all segments of society as Chairman NAB believes in actions not in words. Due to this reason, he is considered a man of action.