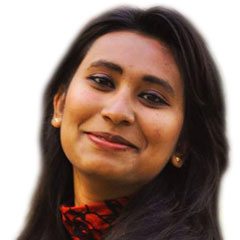 The postmodern paradox of creativity

The augmented necessity of creativity has elevated its demand just like any other market product, resulting in its commodification as an academic discipline

The millennial generation has grown up transitioning from land lines to cell phones, desktops to laptops, curved screens to flat screens, dish antennas to cable networks, Orkut to Facebook, and now Instagram. This technology has not only supplemented the labour of humankind, but has also strengthened the monster of capitalism.

Today, capitalism is being reimagined through bio-finance, conceiving money as a living thing, which is quite a creative concept. Marx conceptualised the ever increasing tendency of capital accumulation through labour exploitation and then conversion of capital into different material forms; Bourdieu theorises capital itself as the accumulation of labour in either material or incorporated form enabling its agents to appropriate the energy required to operate in the social world, and the question of ‘skills’ remains at the heart of the debate for both of them.

Now, living in the postmodern world in the age of technological miracles when the demon of technology is eating human jobs at an exponential rate, skills become uniquely significant more than ever before, making creativity the most coveted skill of the future as it seems to be the only missing ingredient in otherwise perfect recipe of pre-coded algorithms. This augmented necessity of creativity has elevated its demand just like any other market product resulting in its commodification as an academic discipline.

If we stick to the notion of originality in defining creativity, how valid is the idea and practice of educating people in creativity?

In addition to the Masters programs offered at Buffalo State University in New York, Saybrook University in San Francisco and St Andrews University in Laurinburg; The University of the Arts in Philadelphia has recently launched a PhD program to study creativity. The University claims the introduction of this program to be a creative act in itself as it says on the University website, “We’re doing something no one else has done — we’ve radically reconceived the PhD degree based on the premise that creative thinking lies at the heart of innovation in all fields”.

Photographs featured on the program page include a photograph of world’s first apple computer, high-line public park, Fluence by Jean Dubuffet, and Christo and Jeanne-Claude looking for a possible site for The Mastaba in the desert. This selection of photographs is carefully made to pinpoint the works of creativity in different fields, as it says on the page, “All transformative work — even in technology, science, and social science — depend upon intuition and non-linear thought”. Yet the belief that intuition can be systemised and thoughts can be tailored no longer allows creativity to be imagined as an innate trait.

This pedagogical turn calls for creativity to be re-imagined as a commodity that can be acquired through economic capital among the three forms of capital theorised by Bourdieu, social capital and cultural capital being the other two, in order to be accumulated as another form of capital itself. I would call it the ‘Capital of Creativity’. This process is no different than the general Marxist formula of capital, money-commodity-money).

This novel commodification and accumulation of creativity has not only revolutionised the way in which it is perceived but has also transmuted the ways in which creativity is being practiced today. Schumpeter proposed the concept of ‘creative destruction’ more than a half century ago conceptualising the dynamics of innovation in the world economy making it a core mechanism of development. Today, the use and understanding of this concept is way more democratised in many different fields such as creative-place making and creative reality that has necessitated the participation of artists, media experts, technicians and intellectuals in the developmental realm.

This popularisation of creativity is an epiphenomenon of the transformative capabilities of capitalism as reflected by the remarks of Gerard J Puccio published in New York times. He is the chairman of the International Centre for Studies in Creativity at Buffalo State College, which has one of the oldest creative studies program.

“The reality is that to survive in a fast-changing world you need to be creative, that is why you are seeing more attention given to creativity at universities, the marketplace is demanding it”, said Dr Puccio in his endorsement of this phenomenon. On the other hand, Ken Robinson, the education and creativity expert, criticised education systems educating people about their creative capacities. “Although creativity now is as important in education as literacy, it is not treated with the same status. In spite of the unpredictability of the future, education systems are training people to prevent mistakes. However, if you’re not prepared to be wrong, you’ll never come up with anything original”, said Dr Ken in his TED talk.

This paradox of creativity gives rise to a conundrum leaving us with questions such as where the ‘creative’ lies in the educationally commodified creativity and how valuable the ‘capital of creativity’ will be in the unforeseen future. Moreover, if we stick to the notion of ‘originality’ in defining creativity, how valid is the idea and practice of educating people in creativity? Thus, it might be helpful to revisit our approach towards Creativity and the ways in which ‘Creative’ is being despised to carve its space in the edifice of capitalism.

The writer is Falak Sufi Scholar at Hagop Kevorkian Centre for Near Eastern. Currently pursuing a Masters degree at New York University